Minnesota based Polaris Industries filed a Complaint for Patent Infringement against Arctic Cat on Dec. 20, 2013 in the U.S. District Court for the District of Minnesota. According to court documents filed Friday in U.S. District Court, Polaris filed patent applications for its side-by-side ATVs in 2006, with an update in 2010. The U.S. patent office officially approved the Polaris patent application on December 3, 2013.

The complaint filed by Polaris doesn’t specify which specific claim in its patent has been violated.  After reviewing the patent description, it appears that Polaris is claiming that Arctic Cat’s new trail compliant Wildcat Trail is violating their patent which covers the Polaris RZR 800 and RZR 570.

Since the launch of the RZR 800 in 2008, Polaris has been the only manufacturer to offer a trail-capable Side-by-Side. At 50 inches wide, the RZR 570 is the second trail-capable model in the family. Built with the patented design that places the engine behind the seat, the trail-compliant RZRs have a low center of gravity that deliver agile handling on the trail.

Neither Polaris or Arctic Cat would comment on the pending litigation. 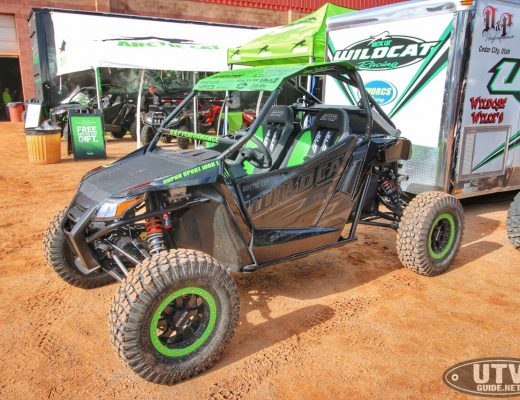 The Wildcat that everyone wants but Arctic Cat will never build