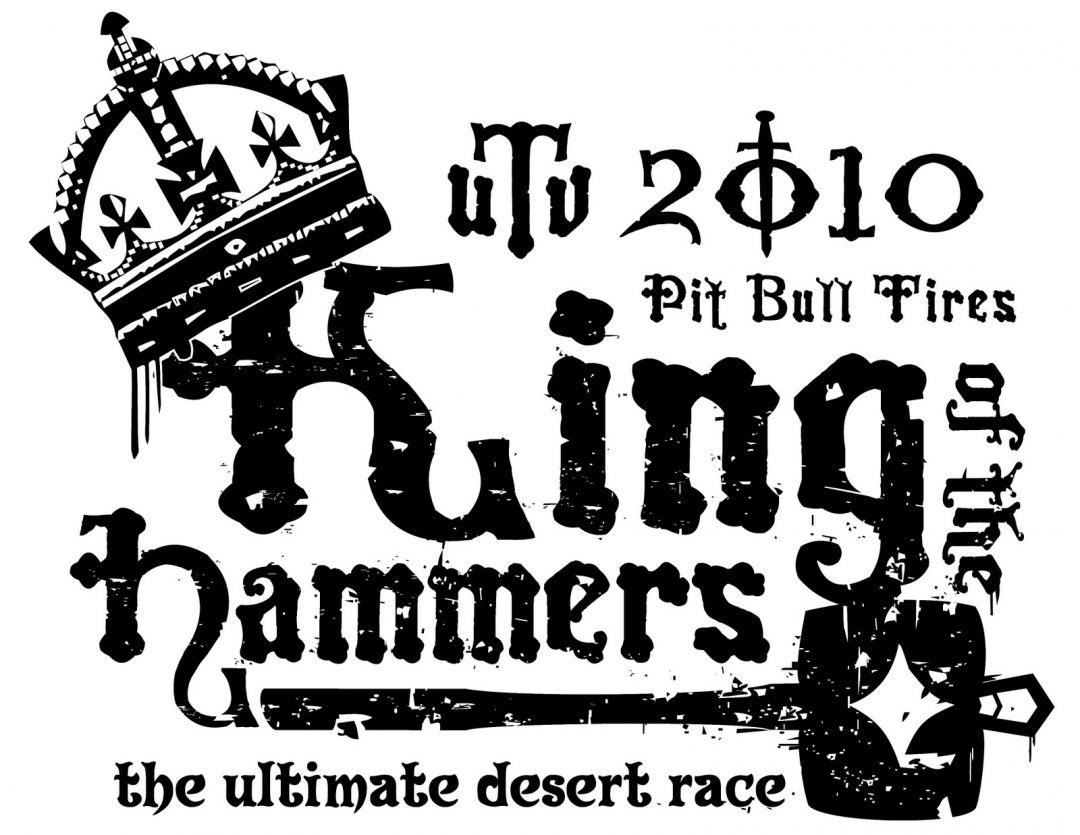 JOHNSON VALLEY, CA, OCTOBER 10, 2009: The Pit Bull Tires UTV King of the Hammers race will be held on Thursday February 11th, 2010 as part of the week long Hammerking Productions event in Johnson Valley, CA. The first place purse for this stand alone race will be $5,000. There will also be multiple contingency opportunities.

Pit Bull Tires has stepped up to the challenge and is proud to be the Title Sponsor of the UTV King of the Hammers race. “I believe that this is the next big race. You have to want to win this race, to even complete it,” said Mike Green of Pit Bull Tires. “We are very excited to be the title sponsor.” Pit Bull Tires is adding to the purse a set of their UTV tires for the first three finishers and the last place finisher.

All of last years drivers, and many of the current Griffin King of the Hammers drivers have committed to racing. The driver application will be online at www.kingofthehammers.com within the month. There is currently no cap on entries, and Hammerking Productions expects a great field of celebrities, seasoned racers, and enthusiasts that just want to come out and experience this epic adventure.

In 2009, the exhibition UTV race was held and completed within four hours. The five racers took their vehicles and tested them in the desert and in some of the most extreme rock crawling environments. This year, the course will be a little longer, a little harder, and will utilize some of the King of the Hammers rule book which includes no spectator help, only competitor help. The length of the course has not been determined at this time. There will be additional information available soon on www.KingOfTheHammers.com.

The 2010 Griffin King of the Hammers will be on Friday February 12th, 2010 where over 15,000 drivers and fans from around the globe will descend on the desert of Johnson Valley for over a week of off-road related activities. The 2009 running of the King of the Hammers was featured on Spike TV and in the film “Second Crusade.” In 2009, Hammerking expanded race action to include three additional regional qualifiers for the 2010 race. More information can be found at www.kingofthehammers.com.