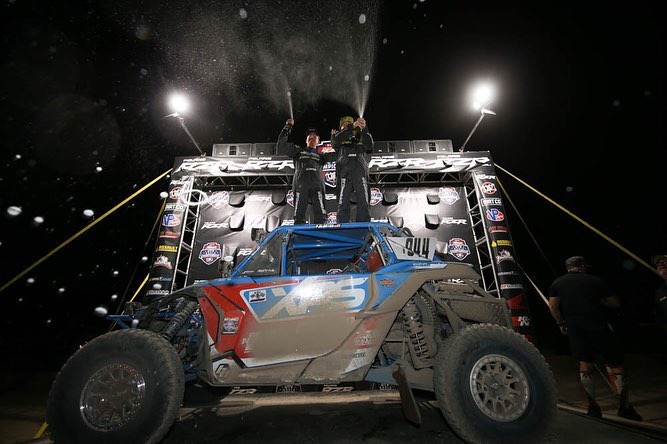 @phil_blurton blasting through the big stuff at the #UTVWorldChampionship in his @nolimit / @canam #MaverickX3 on the way to 1st place! #BITD #CanAm #DesertRacing

“It was a flawless day,” Blurton said from the podium. “It was a battle in the beginning, and we just kind of checked out towards the end. I’ve got the most amazing co-driver—between the two of us, we were reading lines and finding smooth spots. We tried every light possible, we flipped our visors up, got dirt in our eyes, and just drove towards blue lights ahead of us!” 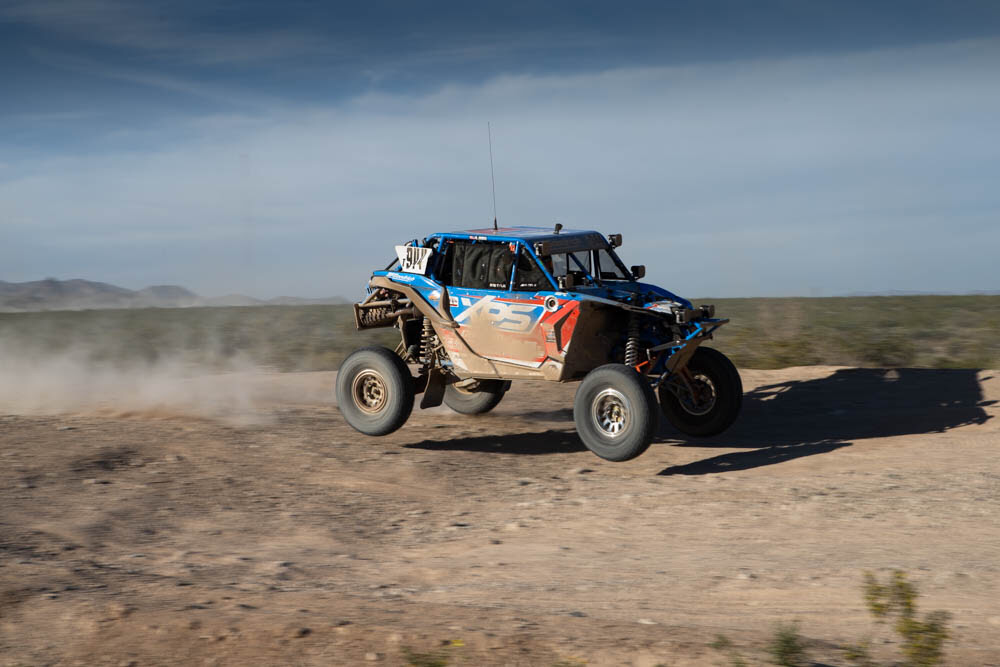 Competing on a challenging 17-mile course, Blurton, Guthrie, and Murray spent much of the 10-lap race running in exactly that order, with Justin Lambert also in the mix for an overall podium before seeing his chances felled by mid-race mechanical troubles. But Blurton and Judge would extend their lead over Guthrie and co-driver Kurtis Elliott to nearly 10 minutes when they took the checkered flag after the sunset.

“It was a good race,” admitted Guthrie. “I always want to win, but I’ll take a second today. Phil drove a great race, and it was a lot of fun out there. The battles were on today! I love this race—it’s like a short course race out there, and I’m glad this car held together. I can’t thank Polaris RZR enough for building an awesome machine, it seriously is amazing what these things stand up to and what we put them through out here.” 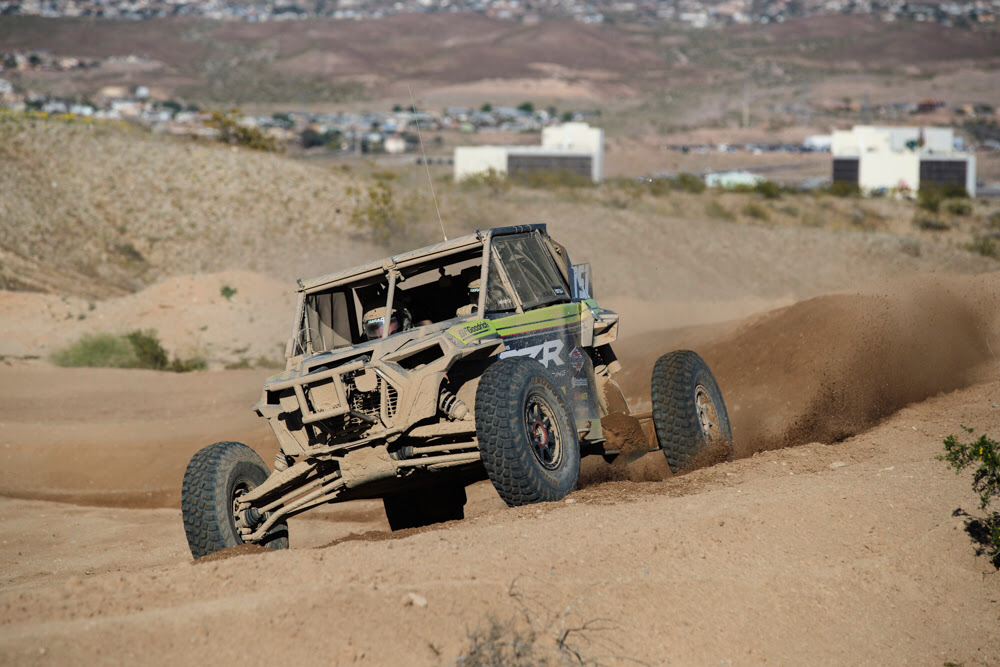 “It was a battle out there—super dusty and rough, and the course started deteriorating after a couple of laps,” added Murray. “But this thing just soaked up the whoops. We just had a blast out there, pushed this thing to the limits, and we couldn’t be more excited to be on the box.”

On Sunday morning, the attention turns to short course racing, as many of the same drivers who raced today will turn their attention to a smaller, seven-mile loop as the event draws to a close. Follow along with all of the top stories from the 2019 Polaris RZR UTV World Championship at www.utvworldchampionship.com, and follow @UTVWorldChampionship on Facebook and Instagram for updates from throughout the event.