Watsonville, CA (5/13/2010) – FOX Racing Shox, the industry leader in the design and development of high-performance suspension, today announced that former Nike GM Paul Fidrych has joined the company as Chief Marketing Officer. The new CMO role has been created to expand the company’s marketing support for its powered sports, off-road, and mountain bike business.
“We’re thrilled to have Paul on board to help lead our marketing efforts company-wide,” says Bob Kaswen, CEO of FOX Racing Shox. “His enthusiasm and depth of product experience make him the perfect fit for FOX as we embark on our next phase of growth.”

Paul Fidrych brings more than 17 years of action sports product development, team relations, marketing, and business strategy to the executive team. Prior to joining FOX Racing Shox, Fidrych served as GM of Nike’s women’s equipment. Fidrych also previously held the role of President of Savier Skateboarding, a division of Nike, Inc. Before Savier Skateboarding, he was the Director of Hardgoods Product Management for Burton Snowboards.
“I couldn’t be more excited and proud to join FOX Racing Shox,” said Fidrych. “Our sights are set on strengthening our marketing support across our mountain bike, ATV, UTV, snowmobile, motorcycle, offroad, and truck markets for our customers and world-class athletes.”
“I’m psyched to have earned the opportunity to join such a well-respected brand and to work with a team of talented and passionate individuals,” Paul went on to say.
About FOX Racing Shox

For over three decades, FOX Racing Shox has been the industry leader in the design and development of high performance shock absorbers and racing suspension products for ATVs, Motorcycles, Mountain Bikes, Offroad trucks and cars, Snowmobiles and UTVs. In 1974, Bob Fox started racing his products in motocross and they haven’t stopped racing since. FOX Racing Shox equipped vehicles and racers have stood atop podiums in every sport they have competed in — from the sands of Baja to the dunes of Dakar. FOX’s team of engineers perform rigorous tests with their athletes year round, and the data FOX collects from performance testing and the application of that knowledge to their products is what separates FOX Racing Shox from every other suspension company. World Headquarters are in Watsonville, CA with its Offroad Division in Santee, CA. FOX Racing Shox distributes its products in more than 40 countries. 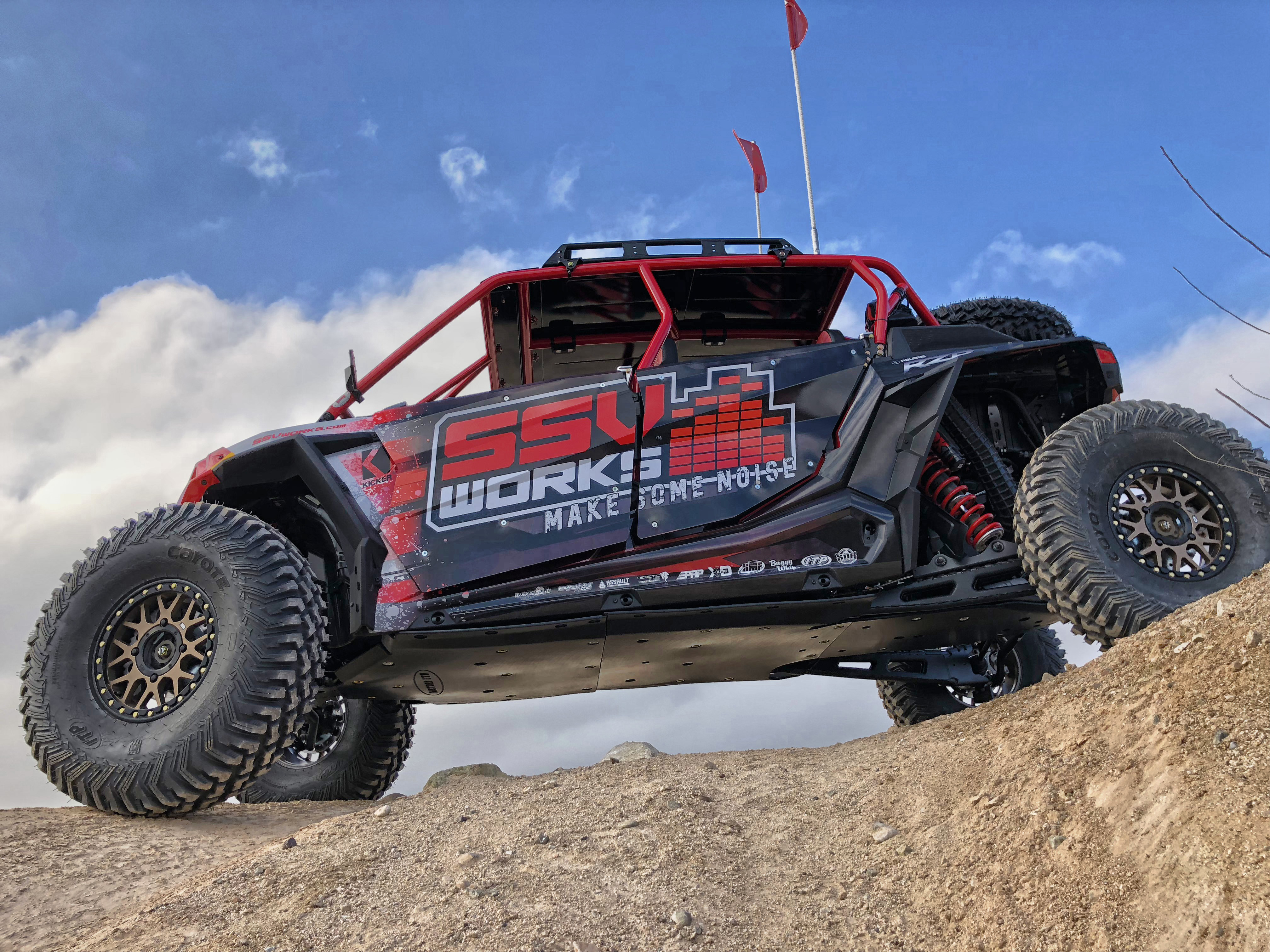 SSV Works to Exhibit During 2019 Rally on the Rocks