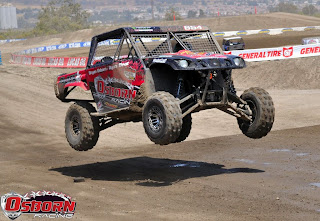 Menifee CA, 9-1-10 Osborn Racing has a solid background in Trophy Racing. Racing a 250 and a 450 Kart in many different race series this team was ready to go to the next level. UTV was the next likely step. Kenny Osborn (Owner) set out to find the best UTV on the market. Kenny ended up at the door step of long time racer and master fabricator Todd Arthur. Todd used to race the famous Flying Banana. The Banana has been sitting in the HRT shop in Ramona CA for almost 2 seasons. Kenny thought what better car than the Banana to build a UTV racing program around. Kenny had a couple ideas to get his program up and running fast and that was to bring Todd and the Banana team on board as well.
The new Osborn UTV would make its racing debut at the Lucas Oil Regional at Glen Helen. The Osborn came out Friday to get some practice laps in before race day. Todd and his crew came out to assist the team. Todd was spotting for the driver Ryan Beat. While learning to handle the 4wd drive car and learning how it slides and comes out of turns, the clutch let go. Chris from Benchmark was contacted and a new clutch was picked from his shop at 2:00am on Saturday. The Osborn crew and HRT crew installed the clutch and got the car ready to compete. The practice started without a hitch and Ryan jumped out to a lead. The old Banana was really running hard when the seat belt got caught in the clutch basket ending the practice session. Todd and crew quickly fixed the problem and got the car ready for the 1st race.
As the green flag dropped the rest of the racers sat there sleeping and Ryan jumped out to a quick lead. The track was wet and muddy in corners thus allowing the 4wd Rhino to pull out a lead on the SR1 cars and the under powered cars in the field. Ryan held a good lead up until the last 3 or 4 laps when Gary Thompson started to real him with his SR1. Ryan was pushing it hard through turn one when he slid wide into a Redline and spun out. Ryan quickly jumped back on the track and into 2nd. Gary Thompson was leading when his rear wheel flew off allowing Ryan to cross the finish line in 1st taking the overall win and class win.
Team Osborn takes home 1st place in their 1st UTV race. Look for team Osborn to come into Speedworld with a fresh car and a solid team.

by Rusty Baptist of Fatography.net and UTVUnderground.com 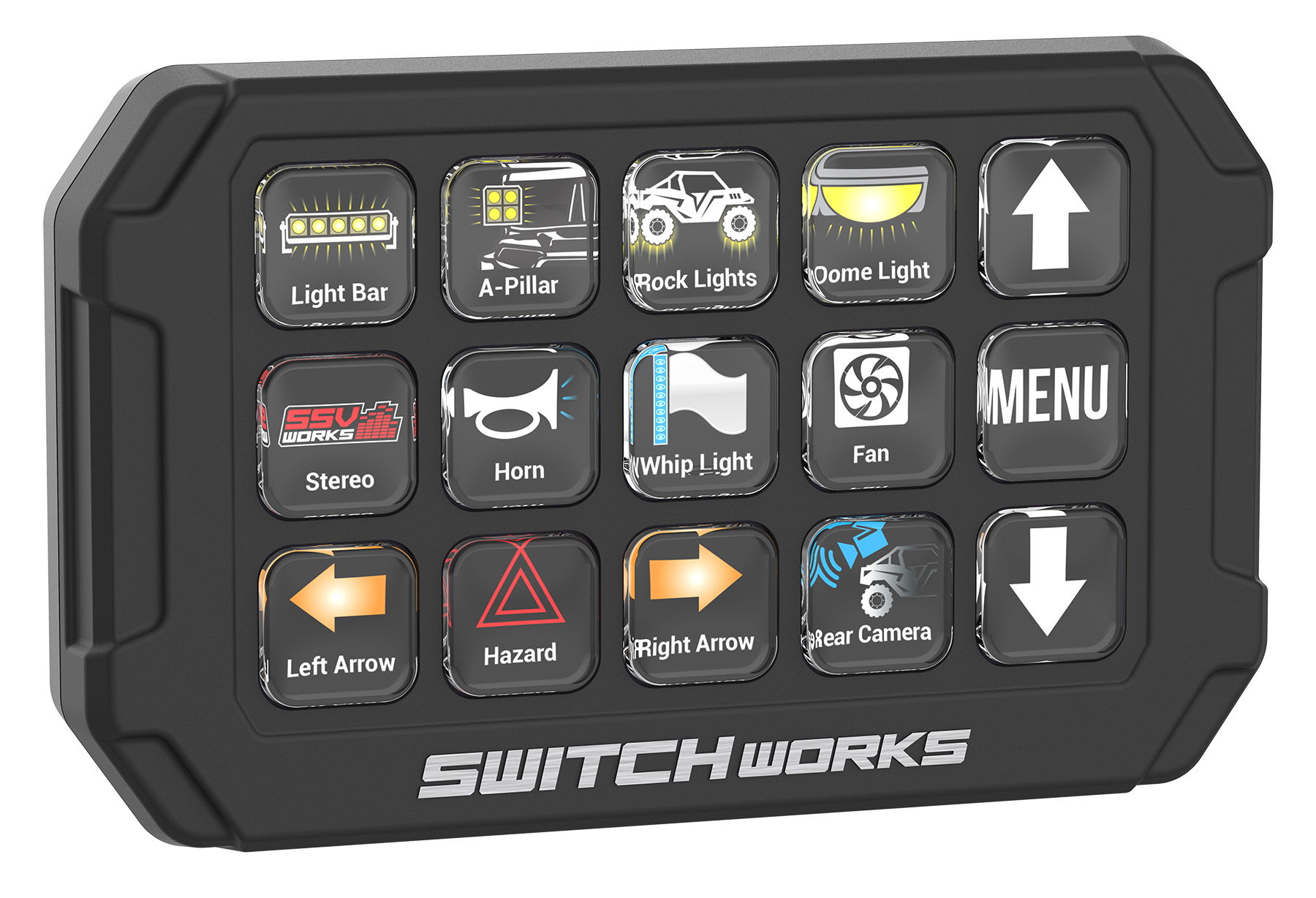