Off-Roaders To Take Over Fremont Street At The Mint 400

Chandler, AZ March 10, 2015 – DragonFire is headed to Las Vegas on a road trip to the toughest off-road race in America — The Mint 400! Once a year, the off-road community gathers to celebrate “The Great American Off-Road Race” — as the Mint has become known. Sin City’s streets will literally be taken over by off-roaders this week as race vehicles parade down the Las Vegas Strip from South Point Casino all the way down to historic Fremont Street… and that is just the beginning!

After the race vehicles cruise Las Vegas Blvd. on March 11 at 1 p.m., the competitors take over Fremont St. on Friday for the pre-race festival known as Tech & Contingency. “More than 100,000 off-road fanatics join the racers as they push their vehicles through the technical inspection,” says DragonFire Social Media Manager Chris Moore, who just happens to be co-driver for 2X Mint 400 winner Lacrecia Beurrier. “Of course DragonFire will be right in the middle of it all,” claims Chris.

“In addition to cheering on DragonFire-sponsored athlete Pro Unlimited UTV driver Lacrecia, we will have a host of fun things for the whole family,” he says. You will find the hottest products for 2015 on display under the DragonFire tent on contingency row, including a brand new DragonFire-built Can-Am Maverick piloted by Ken Benson in the Lucas Oil Off-Road short course series, a two-seat Polaris RZR XP 1000 decked out with all of DragonFire’s latest RacePace products and the star of the show, Lacrecia’s Polaris-based Unlimited Pro class race car.

“While you’re there, step up and take a shot at DragonFire’s Plinko board to win all sorts of prizes and DragonFire swag,” says Moore. “We will also be offering special product discounts through our local dealer, Butch’s Speed Shop located at 4477 W. Reno Ave. in Las Vegas.

“Come be part of history! Hang out with DragonFire on Fremont Street as we celebrate the biggest event in the desert, The Mint 400,” says Moore. The Mint 400 kickoff party starts at 4 p.m. at 10th and Fremont, followed by the Mint 400 Pit Crew Challenge Qualifying at 5 p.m. In addition to seeing Lacrecia’s hot pink Polaris RZR in the procession, fans can get her autograph at the Rugged Radios Meet & Greet at 4:30 p.m. on March 12th. Or if you are feeling lucky on Friday the 13th swing by the DragonFire display at Tech and Contingency for a chance to win at Plinko and score some cool swag plus get an autograph from Lacrecia Beurrier! See themint400.com for a full schedule of events.

About The Polaris RZR Mint 400, Presented By General Tire:
Known as “The Greatest Off-Road Race in America,” The Mint 400 is an epic 400 mile battle between the top off-road racers in the world in more than 20 different classes of off-road vehicles. The race was started in 1967, and is steeped in American lore, as thousands of racers, as well as celebrities from around the world, have attempted to tame the brutal Nevada desert. An entire week of events lead up the famed off-road race in and around Las Vegas, including a vehicle parade, drivers meet and greet, pit crew contest, crowning of Miss Mint, multiple parties, qualifying, and contingency / vehicle tech inspection.

ABOUT LACRECIA BEURRIER:
This two-time Mint 400 winner races for a reason — she is out to honor the survival, determination and compassion of those fighting breast cancer. The pink ribbon for breast cancer awareness is not something Lacrecia just slapped on the car last October during Breast Cancer Awareness Month. “Racing For The Cure is where it all started for me,” she says. “My first race in my old Rhino was a charity event to raise money for the program.” Lacrecia quickly went from charity events and powderpuff racing to the real deal, competing in what is billed as America’s toughest off-road race, the Mint 400! Not only did she finish the race, she won the Sportsman UTV class first time out and then came back to successfully defend her title… proudly running pink trim for both her Mint 400 wins. She is a true champion, on and off track when she is not ripping it up on the race course, Lacrecia’s “real” job is as a registered nurse in Lake Havasu, Arizona. DragonFire and AZ West are honored to have teamed up with Lacrecia’s Rockstar Custom Motorsports effort this season. See http://rockstarcustomz.com for details on Lacrecia Beurrier’s program.

FEEL THE HEAT!
The name says it all! DragonFire continues to crank up the heat when it comes to the best products in the UTV business. DragonFire has everything from engine and suspension components to bolt-on accessories! We feel your passion, so when you think of UTV parts and accessories think of the Dragon… and Feel the Heat! 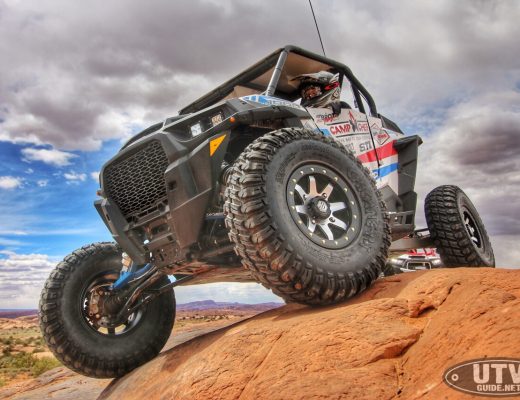 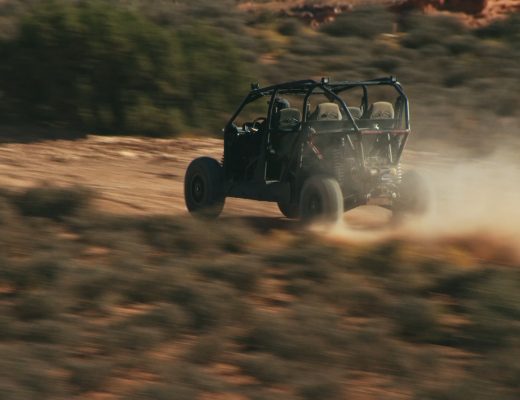