March 15, 2010 – TONOPAH, NV: On February 28, 2010, at 1400 hours, Nye County Ambulance Service was dispatched to reports of a 4-wheeler accident with multiple injuries at the Crescent Sand Dunes, approximately 10 miles north of Tonopah, in west-central Nevada.   As is standard procedure, the Nye County Search and Rescue unit in Tonopah and the Tonopah Volunteer Fire Department were dispatched to respond as well.  Typical of smaller desert communities, the automatic dispatch of all three agencies saves time while insuring an adequate number of trained personnel and specialized off-road rescue equipment are headed to the scene.
Upon arrival at the dunes staging area, emergency personnel found the adult female passenger from the 4-wheeler accident, despite being injured, had managed to walk almost 2 miles to reach a parking area and called 911 for help.  She reported that the adult male operator, with serious multiple injuries, was laying at the bottom of a sandbowl.  The two had been riding a single seat sport type all-terrain vehicle in unfamiliar desert terrain.  Upon cresting a sand dune at an unsafe speed, the 4-wheeler tumbled approximately 30 feet, coming to rest near the bottom of the bowl.
Upon reaching his location, the adult male ATV operator was treated at the scene for neck, back, chest and leg injuries by EMTs from Nye County SAR and the Nye County Volunteer Ambulance unit in Tonopah.  Once this patient was packaged for transport, Nye County Search & Rescue members loaded him onto their All Terrain Res-Q trailer. Towed by Tonopah VFD’s 4X4 Kawasaki 610 Mule utility vehicle, this off-road patient transport trailer is the first of it’s kind in Nevada.
Two Nye County SAR EMTs and a driver from Tonopah VFD safely transported the victim to the waiting ambulance.  The three rescuers covered a distance of almost 2 miles over soft sandy desert terrain in just 10 minutes!   Requiring only three rescuers to accomplish the carry out portion of this rescue mission not only saved time, it allowed other medical personnel to provide care to the 4-wheeler passenger’s less serious injuries at the same time her companion was being transported.
According to Rick Motis, Commander of Nye County Search and Rescue in Tonopah,”Without the All Terrain Res-Q trailer, this mission would have required 6 to 10 more personnel and almost 3 hours to carry the patient out.”   Additionally, “With a trailer, risk of injuries to rescuers is greatly reduced as they’re not required to carry patients out in a basket stretcher while traversing the soft sand.”
The manufacturer adds: “All Terrain Res-Q Trailers are best described as ‘time savers’ and ‘manpower multipliers’ during off-road rescue missions in remote desert areas.”
At the waiting ambulance, the patient was transferred from the rescue trailer’s basket stretcher to the ambulance stretcher without need of further packaging;  saving even more time.  Rick Motis added:
“When dealing with off-road emergencies in remote locations like Crescent Sand Dunes, any amount of minutes saved often translates into lives saved!”While the passenger was treated and released from a local hospital, the operator was flown by medical ICU aircraft to a regional trauma center in Reno for treatment.  At last report, both accident victims are recovering from their injuries.
For more information about ‘All Terrain Res-Q’ trailers visit  www.eeresq.com
Follow UTVGuide.net on Twitter 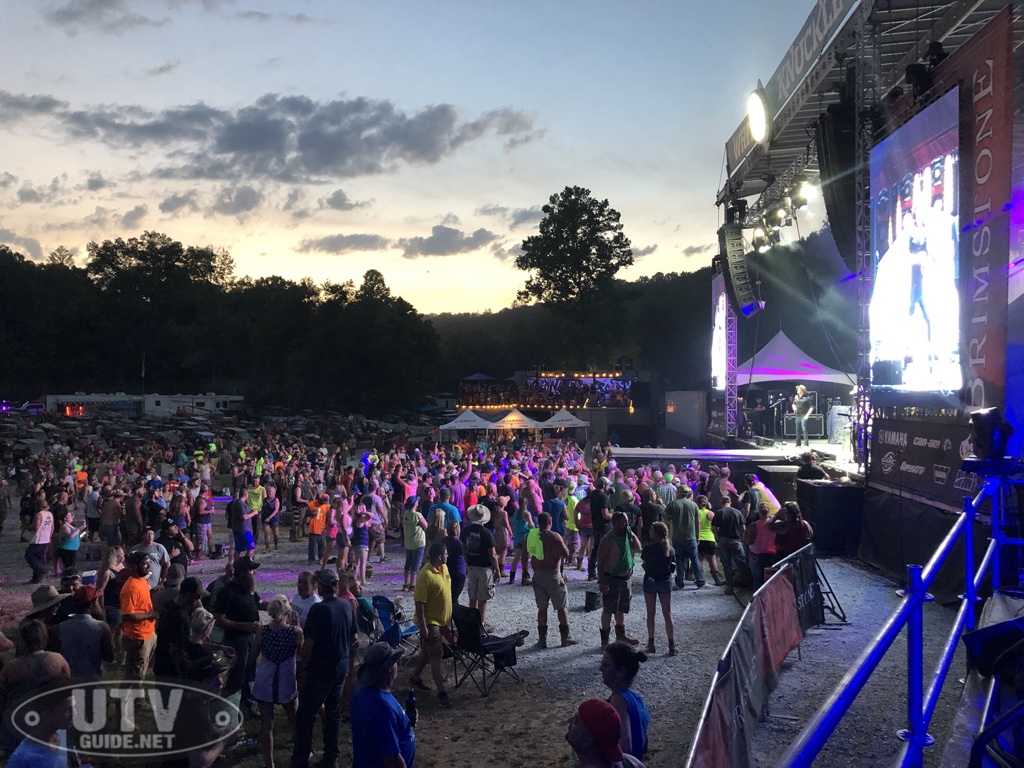