Agua Dulce, Calif. – While the fifth annual running of the General Tire NORRA Mexican 1000 may be more than four months away, interest in the unique vintage-themed, on-and off-road Baja rally is clearly on the rise. NORRA officials today announced that a new single-day record of 73 entrants was processed on the rally’s traditional New Year’s Day registration opening that began on Tuesday, January 1, 2014 at exactly 12:00pm Pacific Standard Time until the same time the following day.

The first motorcycle entry came from Chuck Wallace of Dallas, Texas who will be riding a 1984 Honda XR in the Motorcycle Super Vintage category.

“According to Sykes, NORRA’S new electronic registration process is “the model which all off-road sanctioning bodies should use.” The first entrant of the 2014 General Tire NORRA Mexican 1000 added;” “I intended to start the process right at noon on New Year’s Day, which I did. I finished literally one minute and 40 seconds later. NORRA’s system remembered my name, my vehicle, address and other information from last year. It was simple, logical and totally in keeping with NORRA’s focus on fun and making their clients feel welcome and part of the family. This race is a pleasure to enjoy.”

One of the most highly anticpated entries arrived via Mojave Valley, Arizona and off-road racing historian Rory Ward. Ward is bringing the ex-Mickey Thompson 1977 Challenger IV; a winged, single-seat, front-engined, V-8 powered racer that has taken Ward three years to restore. The unique car, which was recently on display at the SEMA show in Las Vegas, is the first Mickey Thompon-built off-road race car to have hit the dirt in decades.

Rory Ward has spent the better part of three years restoring this exotic Mickey Thompson Challenger IV unlimited off-road racer built by the legendary motorsports icon and crew chief John House in 1977. Ward’s entry is one of the most historically significant cars revived for the NORRA vintage-themed Mexican 1000 since its inaugural running in 2010.

For Sykes, the annual NORRA Mexican 1000 run has become one of his most anticipated annual racing traditions. Like most NORRA competitors, Sykes and co-driver Scott Steinburger try to keep it simple — choosing to drive their veteran race truck 1,200-miles in the rally and back from the San Jose del Cabo finish line with no chase crew. “I drive down, but I have to drive back too, explained Sykes. I don’t break things. I wanna’ have more fun than worrying about winning, but there are always great racing moments too.”

Registration will continue up until NORRA Tech and Display Day on Saturday, May 9 in Ensenada, Baja, Mexico. Early registration not only guarantees a vehicle entry, but also provides competitors with their choice of numbers, up-front Day 1 starting positions by class (first-in, first-out) and a confirmed hotel reservation for the rally’s first overnight for four-wheel vehicles in Bahia De Los Angeles (available on a very limed basis).

The 2014 Mexican 1000 rally is scheduled from May 10-14, and will once again span the entire Baja peninsula from Ensenada just south of the U.S. border to San Jose Del Cabo at land’s end. Certainly the rally’s growing reputation as one of the world’s most enjoyable and accessible motorsports adventures has sparked the enthusiastic response by veteran and rookie racers looking to enjoy the Mexican 1000’s quest to be “The Happiest Race on Earth.” NORRA expects to host 200 teams later this year — another rally record.

Pearlman’s late father Ed and others established the first running of the NORRA Mexican 1000 off-road rally in November of 1967, which eventually became internationally recognized and evolved into the Baja 1000 in the mid-1970s. In 2013 NORRA added a second event to its calendar — the new NORRA Mexican 500. 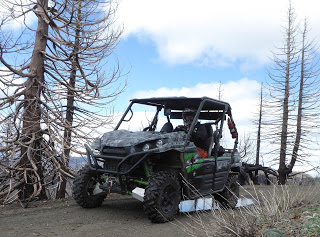