CYPRESS, Calif. – July 28, 2010 – Yamaha Outdoors and Careco Multimedia are proud to announce a new season of “Yamaha’s Whitetail Dairies” on Versus this summer and fall.  One of the highest rated national deer hunting TV programs, the show will air weekly through December, and each episode will also be available online at www.carecotv.com.
Whitetail Diaries, in its fourth season, has historically brought viewers some of the best deer hunting stories from across the nation,-always highlighting North America’s most sought after game animal — the whitetail deer.  Every episode of the 22-week series includes a fast paced mix of product features, stories, hunts and valuable insight about hunting the whitetail deer.
“Careco has done a great job of creating an exciting and entertaining hunting show in Whitetail Diaries while also keeping a close eye on communicating the safe, responsible use of ATV and SxS vehicles,” said Steve Nessl, Yamaha’s ATV and Side-by-Side (SxS) Marketing Manager.  “Hunters commonly use our products in the field, and this has been a great opportunity for Yamaha to help bring them some quality programming and useful information.  Sponsoring Whitetail Diaries also helps communicate to viewers how involved Yamaha is in supporting their whitetail-hunting passion and outdoorsman’s lifestyle.”
“This year’s Whitetail Diaries series promises to be the best ever with stories that include a mix of archery, handgun and rifle hunts for whitetails from all over the nation this past season,” said Wade Middleton of Careco Multimedia.  “Viewers will be treated to hunts with a wide range of conditions from freezing cold to extreme heat with the goal of always delivering a strong safety and conservation message in every hunt.”

About Yamaha Motor Corp., U.S.A.
Yamaha Motor Corporation, U.S.A., (YMUS), a leader in the motorsports market, makes the toughest, most capable and versatile ATV and Side-by-Side vehicles. The company’s ever-expanding product offerings also include motorcycles, outboard motors, personal watercraft, snowmobiles, boats, outdoor power equipment, race kart engines, accessories, apparel and much more. YMUS products are sold through a nationwide network of dealers in the United States.
Headquartered in Cypress, Calif., since its incorporation in 1976, Yamaha also has facilities in Wisconsin and Georgia, as well as factory operations in Tennessee and Georgia. For more information on Yamaha, visit www.yamaha-motor.com. 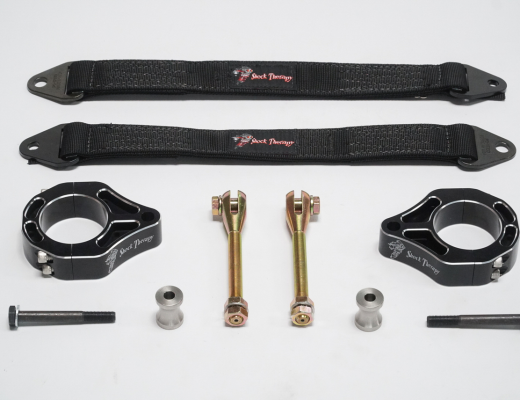 Why do you need Limit Straps on your UTV?