National Guard / Coastal / Polaris Yokley Side by Side Race Report 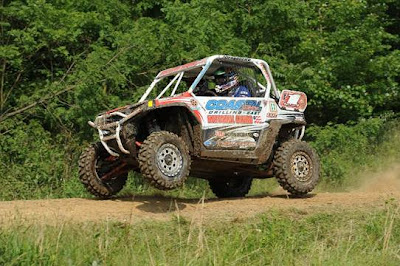 Summary – Side by Side

The GNCC Series moved on to the Mountaineer Run in West Virginia for Round 3 for the Side by Side machines. This race is new for the GNCC Series in 2012 and the competitors did not know exactly what to expect. The track featured a very technical 4.6 mile course with lots of rocky sections and tight woods. Taking care of your machine in the rocks would be important today.

The start flag dropped and after the first few turns, Scott Kiger had the lead with Yokley in 3rd. Later in the lap, Scott slid wide in a turn and had to back up, dropping him back to 3rd place. The course had tight woods trails and a few open areas, and about one half of the track was on totally newly cut trails. Both Yokley and Kiger had good pace and other than a few bottlenecks, they were on pace for good finishes.

On the last lap, Yokley had a mechanical issue with his four wheel drive system. The front wheels would not engage properly, and he only had traction with his rears. He lost quite a bit of time negotiating the slick rocks, mudholes and hillclimbs. Kiger passed William and finished 2nd, William limped home in 3rd place.

It was a very good day for the team, with both machines on the podium. Congratulations to the March Westin Team for the overall win. The next race for the Side by Sides is the John Penton in Millfield Ohio on July 7. See you there! 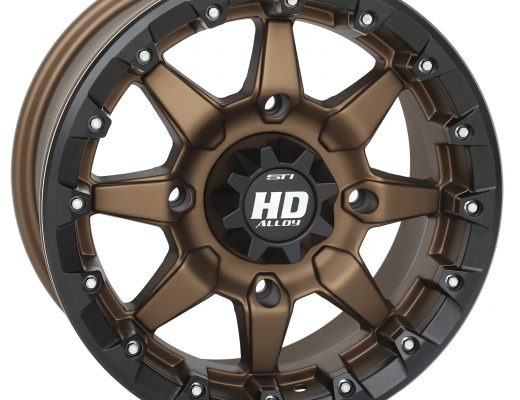