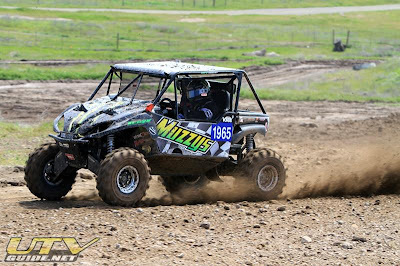 Irvine, Calif. (April 18, 2012) – Throughout last week, large storm fronts inundated the southwestern states drenching everything in their path while Monster Energy Kawasaki Teryx® race teams prepped their UTVs for battle. At Prairie City OHV in Folsom, Calif., Muzzys Monster Energy Kawasaki’s Jon Crowley got off to a great start at the Valley Off Road Racing Association (VORRA) season opener by successfully navigating the muddy course to win the first two rounds of the series. 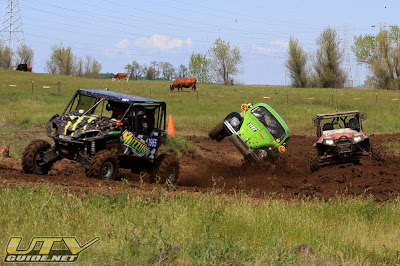 Adapt and Overcome
While the VORRA event organizers originally planned to host the opening rounds over the course of two days, after a week of torrential downpours, the course was so saturated they decided to cancel racing altogether on Saturday to give the track a chance to dry out. With two full rounds to complete Sunday, racers had to prepare mentally and mechanically, for a long day of racing. Each round consisted of three motos, where the winner would be determined by the overall score. After three grueling motos through the mud, Crowley finished 3-1-1 to earn his first win of the series. 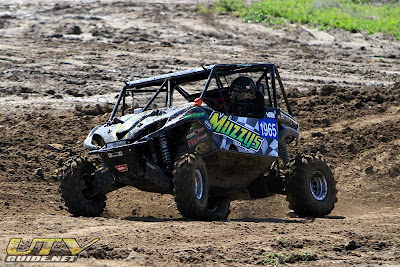 “The course was incredibly muddy,” said Crowley. “It was just a thick, clumpy, soupy mess. Instead of racing on a one-mile course for six laps, they had to eliminate half the course and changed the race to 12 laps. Many of the Class 11 and Class 9 vehicles were getting stuck because they were only two-wheel drive and sliding all over the place. With my Teryx I just powered around them like stationary obstacles. I knew from the beginning it was going to be a race of attrition. It was kind of like a desert race where you have to beat the desert before you can beat your competitors.” 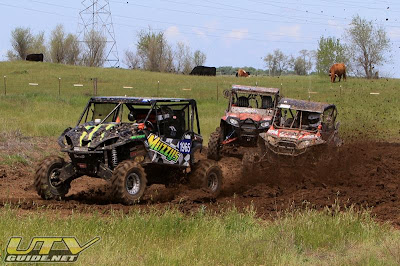 Competitive Advantage
While many short-course UTVs are very specialized race machines, Crowley feels the versatility of his Teryx was the key to his success in the VORRA at Folsom. After seeing how saturated the track had become by race day, Crowley decided to make some last minute adjustments to better adapt his Teryx to the challenging course. The strategy clearly paid off as he went on to sweep the opening weekend of the VORRA season opener, taking wins in the first two rounds of the series. 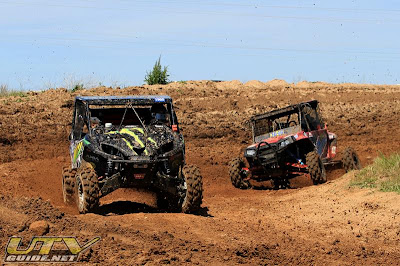 “My Teryx is extremely versatile and the Muzzys powerplant is a torque-monster,” said Crowley. “It can go desert racing, rock crawling, short-course, and I can go play in the dunes. It’s not just a race car, it’s a play car. On Sunday, I made some crucial last minute changes like going with a larger, 27.5” Pit Bull Rocker tire because of the soupy terrain. I knew it wasn’t a good short-course tire, but I needed to get the Teryx off the ground and needed a tire that flung mud instead of packing it. I also set my ride height a little higher so I wouldn’t be dragging through the mud. The bigger tires and additional clearance made a huge difference. Even with all that mud weighing it down, the Teryx just powered right through it.”
Jon Crowley’s Sponsors:
Muzzys, Funco, FOX, OMF, Pit Bull Tires, Billet King, Simpson, Beard, Dalton, Streamline, Rugged Radios, Rigid Industries, Royal Purple, Roggy Enterprises, Factory UTV, Wicked Bilt, Pro Armor, K&N and Warn. More information at: www.CrowleyOffroad.com
Photo Credit: Dianne Bennett Photography 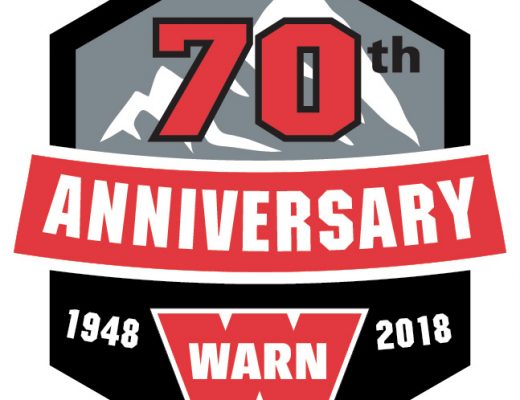