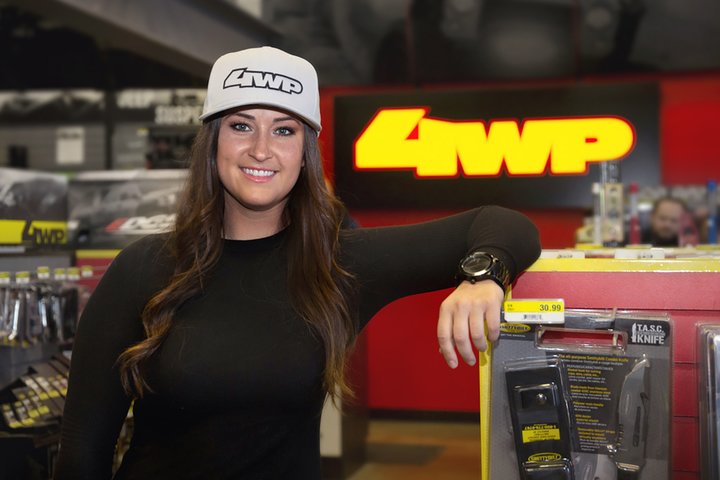 LAKE ELSINORE, California (January 29, 2019) – Offroad Champion Sara Price is proud to announce her new partnership with 4 Wheel Parts (4WP) as the Title Sponsor for her 2019 program. 4WP is a leader in the growing Keep, Truck SUV & UTV accessory market with over 90 stores across the United States and Canada.

”I couldn’t be more excited to partner with 4WP. Being associated with the most respected and largest retailer and installer of off-road accessories along with being such an incredible brand full of enthusiastic people, the future looks very bright for our goals ahead to drive our 4WP machines to the finish line first.” said Price.

Initially founded by George Adler in 1961, and purchased by Polaris Industries in 2017, 4WP is now celebrating over 55 years in business and has become the go-to company for off-road and 4×4 enthusiasts.

”4 Wheel Parts is proud to welcome Sara Price and the SP Motorsports program to 4WP Official roster. Sara brings a high level of talent and professionalism that not only compliments our brand but makes us all very excited to build around her and all of her competitive efforts. We look forward to not just an exciting 2019, but many years beyond.” – Joey DiGiovanni, Director of Creative Marketing | Partnerships – 4WP.

Price will kick off her 2019 race season at the notoriously difficult King of The Hammers event February 3rd in her Polaris RZR XP Turbo S. Sara, along with co-driver Erica Sacks, will tackle the UTV class for the forth year in a row. The race combines desert racing speed with technical rock crawling challenges and draws competitors from across the world and from almost all motorsport disciplines to Johnson Valley, California, each February.

Backing up her 2018 Trophy Truck Spec class rookie effort, she is set to race a full SCORE International season piloting the #204 Trophy Truck Spec. With a personal best 2nd place at the Tijuana Desert Challenge, Price is ready to take on her season as a Championship top contender.

Price will also add competition dates to her schedule as opportunities arise. Her adventures will be extensively documented on her social media channel along with announcements throughout the season.

Named the 2016 Off-Road Motorsports Hall of Fame Rising Star, Sara Price’s racing career started on dirt and she went on to join Kawasaki as the first factory-supported female racer. She began racing dirtbikes at the age of 8 and collected 19 amateur titles and medaled in Women’s Super X at the 2010 X Games. She holds the record as the most winning female amateur to date.

The versatile competitor in 2012 had switched to 4 Wheels and started racing UTVs where she campaigned the WORCS series, Lucas Oil Regional Series, and became the first American UTV Team to compete in the toughest all-female sporting event on the planet the Rally Aïcha Des Gazelles in Morocco, Africa in 2015, and went on to finish the Terracross Championship undefeated to take the Women’s Championship that same year. In 2016, Price took on six races in Stadium SUPER Truck Series and became the first woman ever to lead laps in that championship. You can find Sara today competing with RPM Racing in a Trophy Truck Spec. down in Baja in the SCORE International Desert Series where in 2018 and her rookie year she achieved a very impressive 5th place ironwomaning the Prestigious Baja 500. When she isn’t racing, Price works as a stunt professional, performing on motorcycles, and in vehicles and as a precision driver for television and film.

4 Wheel Parts (4WP) is a leader in the growing $10-plus billion Jeep and truck accessory market. A division of Transamerican Auto Parts (TAP Worldwide, LLC), and acquired by Polaris Industries Inc. in 2016, 4WP sells and installs an extensive line of industry-leading aftermarket parts and accessories for Jeep, Truck, SUV and UTV enthusiasts. 4WP is the largest retailer and installer in the North American market, selling through it’s 94 stores and online at 4WheelParts.com.

Sara Price is Supported By 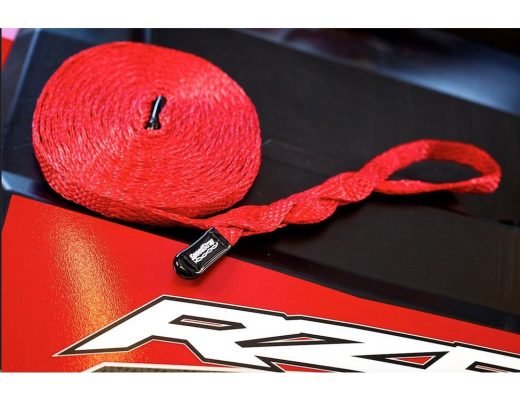