Team sets industry standard for promoting access in Griffin King of the Hammers race
POCATELLO, ID (March 2)–The BlueRibbon Coalition is proud to report huge success in land use at the Griffin King of the Hammers (KOH) race.  With two vehicles in the 2010 Griffin King of the Hammers race, Motorsport Fabrication Services (MFS) of Lincoln, California, may not have won the race, but they insured that wheeled motorized access won big. With a race-a-thon lead by MFS and BFGoodrich Tires driver Travis Carpenter in his 4405 “Land-use” race vehicle, MFS managed to raise nearly $20,000 for various land-use organizations.
Much like a walk-a-thon, for every mile made by Travis Carpenter and co-driver Dan Trout in the 4405 “land-use” race vehicle, individuals pledged a per mile contribution in the grueling 135-mile race. Pledges were made to any land use organization of the contributor’s choice.
Travis Carpenter managed 98 miles before a faulty fuel pump took him out of the 135-mile race. The second MFS vehicle, the 4407, managed to finish a respectable 28th. The biggest contributors in the race-a-thon were the Tin Bender’s 4×4 club, who pledged on their own vehicles in the race, raising $5,500, and 4WheelParts Wholesalers, who matched the Tin Bender’s pledges for a grand total of $11,000 to the BlueRibbon Coalition raising more than half of the total amount collected.
Billed as the “toughest one-day off-road race on the planet,” the Griffin King of the Hammers (www.kingofthehammers.com) has quickly become one of the biggest events in off-roading. With a mix of go-fast desert racing and hard-core rock crawling, the endurance race has attracted some of the most accomplished drivers in rock-sports competitions.   Local papers reported 28,000 people were involved in the race, vendor show, fans and crews.
“I am so proud of Travis and his MFS land use buggy,” said Del Albright, BlueRibbon Coalition Ambassador who attended KOH. “His club, the Rock Zombies, supported him as well, along with a passel of friends and land use advocates like Kurt Schneider of Pirate4x4.com.”
Motorsport Fabrication Services (mfs-ca.com) is a full fabrication shop which builds and customizes many different types of vehicles, from hot-rods and rock-crawlers to daily drivers.
If you would like an image or more information–or to schedule an interview with Kurt Schneider. Please call 925-202-9246 or e-mail Kurt at Kurt@kurtuleas.com.
# # #
The BlueRibbon Coalition is a national (non-profit) trail-saving group that represents over 600,000 recreationists nationwide The Combined Federal Campaign (CFC) season is beginning. Federal employees, please mark BlueRibbon Coalition and Check #11402 on your CFC pledge form to support our efforts to protect your access. Join us at 1-800-258-3742 http://www.sharetrails.org 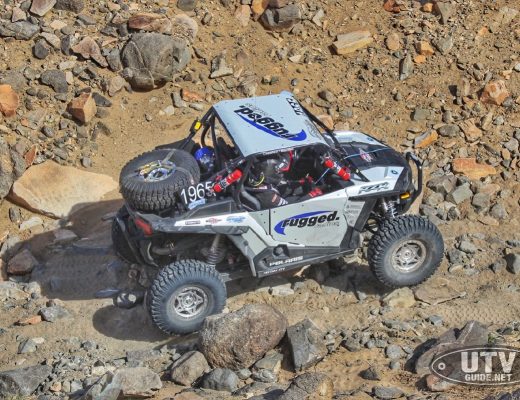