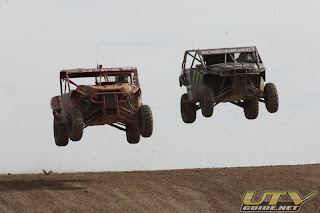 Monster Energy/Funco/Kawasaki driver Chad George finished second on both days at the penultimate round of the Lucas Oil Off Road Racing Series at Las Vegas Motor Speedway putting him on the doorstep to a championship in his Kawasaki Teryx™. George followed the Teryx piloted by Muzzy Kawasaki’s Robert Vanbeekum to the checkered flag both days while Monster Energy Kawasaki’s Austin Kimbrell finished third on Saturday and fifth on Sunday to fall 12 points behind George in the standings. 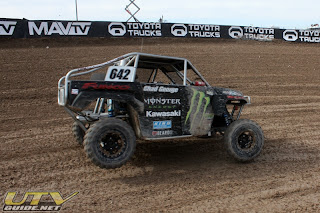 Championship Chase
With just one event remaining George is in prime position to bring home the LOORS Unlimited UTV title. George has run consistently near the front all season and he knows he just has to hold on for one more race.
“It feels good to be in a strong position to win the championship,” said George. “We want to finish the season on a good note so I’m going to go out and race for the win in Phoenix. But I’m going to be smart and make sure I keep the championship in mind. At Vegas I knew we had a strong car on Saturday, so on Sunday I made sure to finish on the box.” 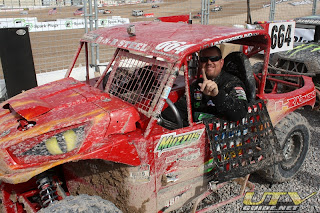 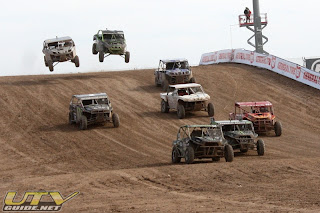 Great Event
The race in Las Vegas served a dual purpose for the families of the drivers as they not only got to see some exciting racing, but they we able to enjoy the desert oasis.
“I love racing in Las Vegas,” said George. “It is great for my family and friends who come to the event because they get to see me race, but they also get to enjoy the shows and casinos. I’m stoked we had a good weekend and now I’m ready to finish the season in Phoenix.” 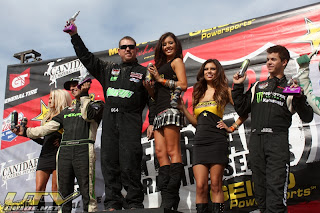 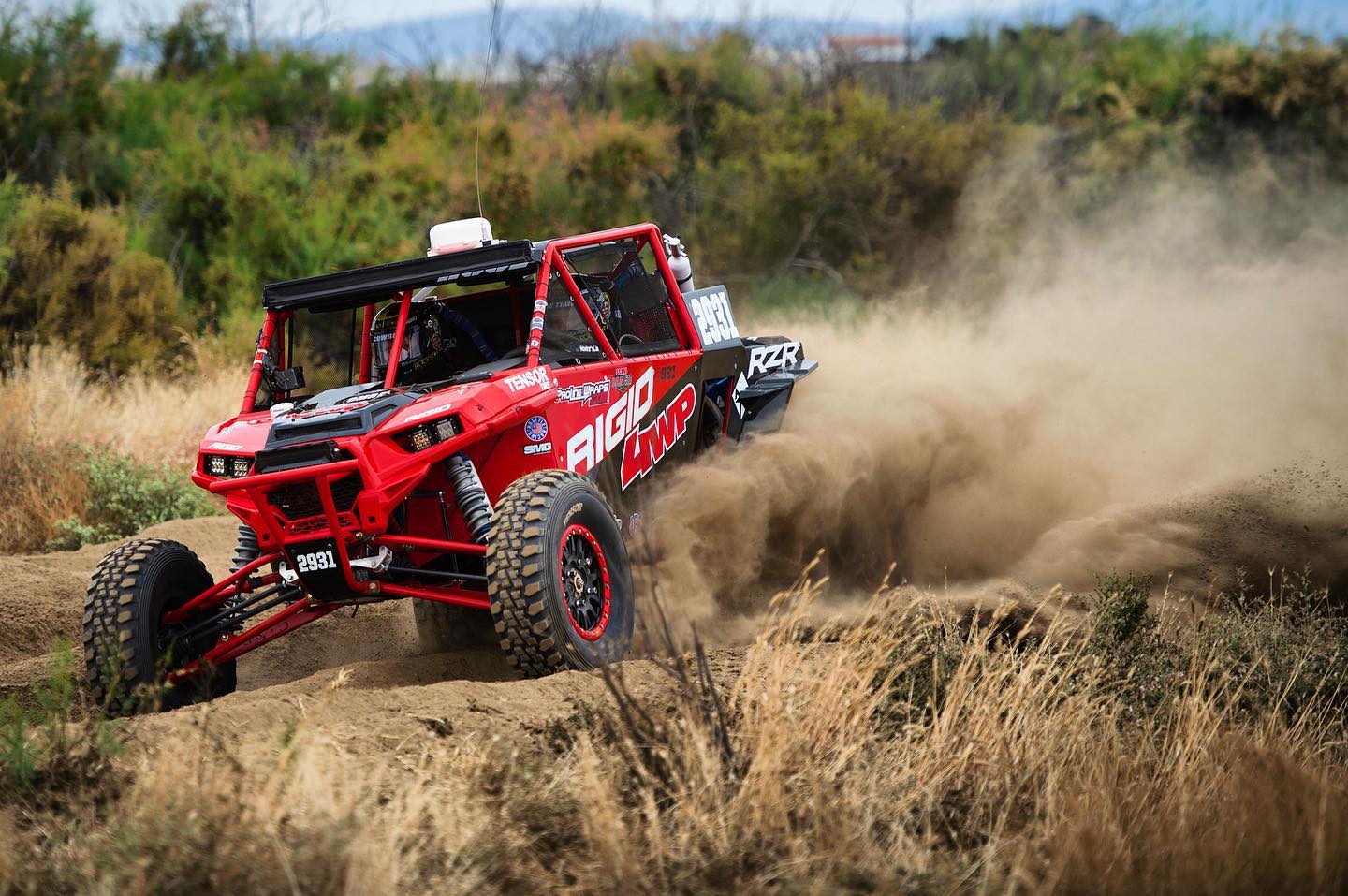