Shingle Springs, CA (April 20, 2010) – Sunday was another beautiful day for racing in Folsom, CA at VORRA’s second short course round at Prairie City SVRA where Jon Crowley captured the overall win in his #1965 Kawasaki Teryx. The VORRA race series is unique in that it offers both short course and desert racing over the course of the year. Prairie City is home to the short course races where the Kawasaki Teryx made its debut last weekend.

“Our Kawasaki Teryx is more geared towards desert and rocks, and the Prairie City course is tight and technical,” said Jon Crowley. “I was a little nervous about the sharp, off-camber turns, but I figured this would be a great shake-down for the first desert race in May. I am thrilled that our Teryx is not only competitive against UTVs that are setup for short course, but it is also able to bring home the win. Key to the win today was the performance and reliability of our Muzzys engine and exhaust.”

Crowley started in the second row of the 7 vehicle class and had to battle through the pack to take second place in the first two motos. On the final moto of the day, he was lined up in the front row and was able to pull off the holeshot and never looked back. He took the green flag and 5 laps later he took the checker flag.

The second round win puts Crowley in the lead after two rounds. The first round of racing he used a Polaris RZR while he finished the build on his Kawasaki Teryx. The next VORRA race will be a 300 mile desert race in Yerington, NV over Memorial weekend.

About VORRA:
Valley Off Road Racing Association (VORRA) was established in 1975 as a family-oriented organization and is led by current promoter Wes Harbor who believes that “off road racing has its roots in people’s garages”. VORRA is the only organization to offer both four short course races and three desert races as part of its overall season championship. Each race draws over 60 racers between multiple classes available for Cars, Trucks, Pilots, ATV, UTV and Trophy Karts. In 2010 VORRA has added two additional truck classes and a stand alone ATV Race Series. More information can be found at www.vorra.net 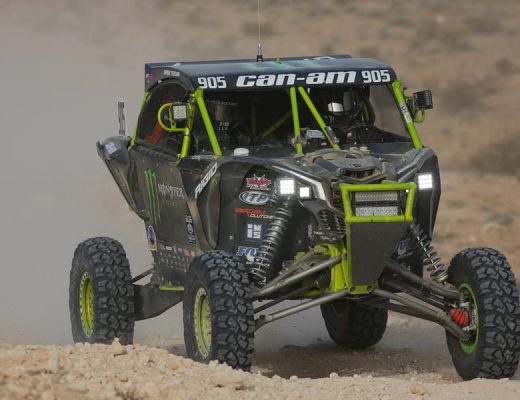