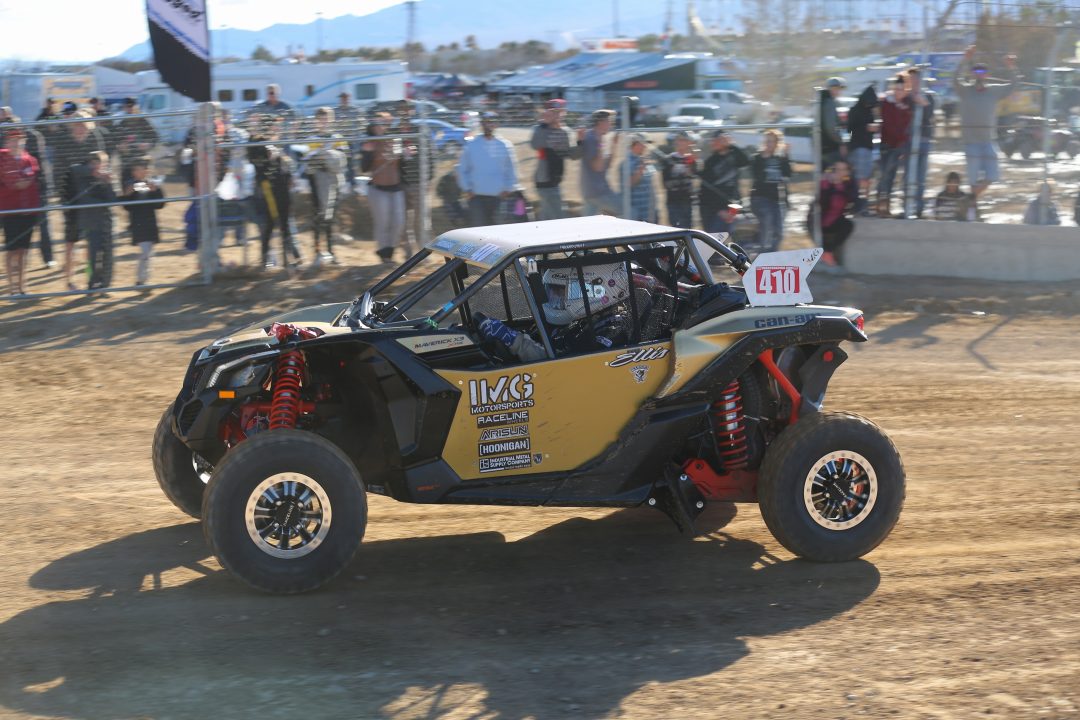 Jason Ellis – pro skateboarder, pro fighter, and a New York Times bestselling author – host on Sirius XM’s “Faction Talk” and a new weekly podcast called “ELLISTRONICS” on iTunes and Google Play. When he’s not busy sparring, busting skate tricks or talking about his active life on the radio waves, the 45-year-old father has found a new passion to pursue. He has started racing his personal Can-Am Maverick X3 Turbo side-by-side vehicle. Ellis recently won the Production 1000 Turbo class at the World Off-Road Championship Series (WORCS) SxS World Finals in Primm, Nev., not only showcasing his “expert” driving skills in the process, but also making it clear that, in the right hands, the Can-Am Maverick X3 side-by-side vehicle is a proven weapon on the racetrack. Come along for the ride as Ellis unleashes his inner Maverick.

You played a key role in the Maverick X3 vehicle unveiling last year in Orlando, Florida, being the on-stage host and introducing the unit as well as your friends Ken Block and BJ Baldwin. Now, you’ve come full circle, having helped the Maverick X3 unit make its world debut to racing one with successful results. What has that total journey been like for you? 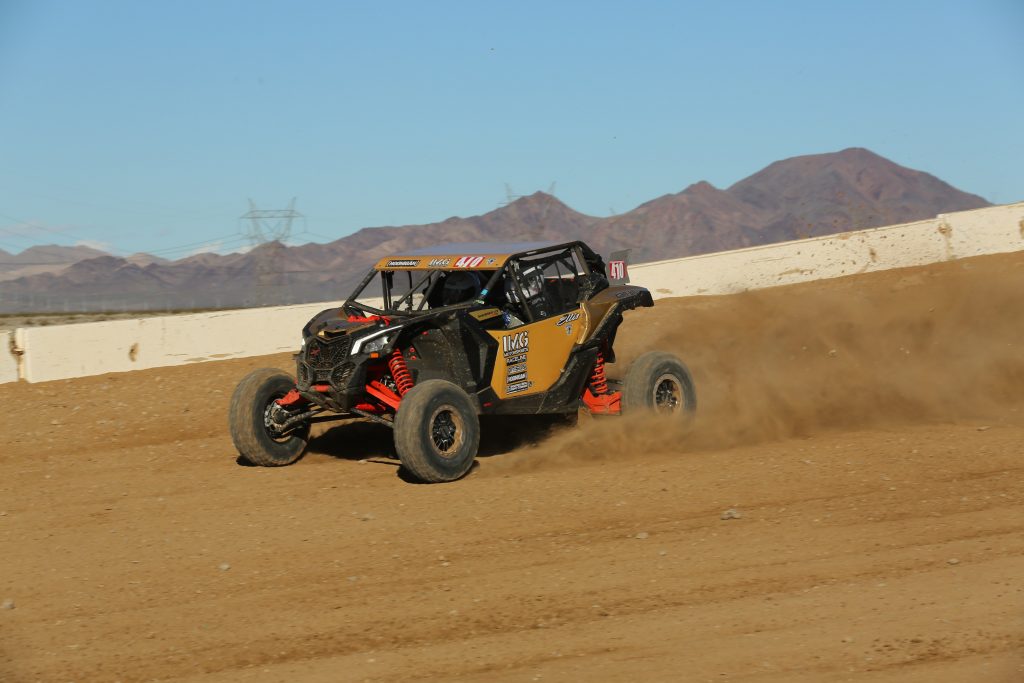 I’m not a patient man. Honestly, it was a bit irritating being on stage and having to watch my two friends drive around. I knew of the car [Maverick X3] already prior to the dealer show, so I knew how good it was. And I also knew it was way better than what I was using currently. Watching Ken and BJ drive the car was mostly annoying, really, as I was like just get out and let me drive already. (chuckling)

I had put in a season and a half of short-course racing previously, so I had some previous experience, but not in the Maverick X3. Once I got it on the track, it was a night and day difference from what I was used to. And the Can-Am was mostly stock. We basically had different tires on it and that’s it [mechanically]. It was a thousand times faster, in any department, than my old vehicle, and that was fully armed to teeth with modifications that racing regulations would allow.

What was the biggest challenge for you when racing it?

I didn’t really have anything to worry about. It was a brand new car, and my [personal] car, so I didn’t want to crash it. Honestly, it had less body roll. It picks up quicker than other vehicles. I just felt really confident behind the wheel and that was big. And my prior racing track record was not good, so the Maverick X3 was a nice change. 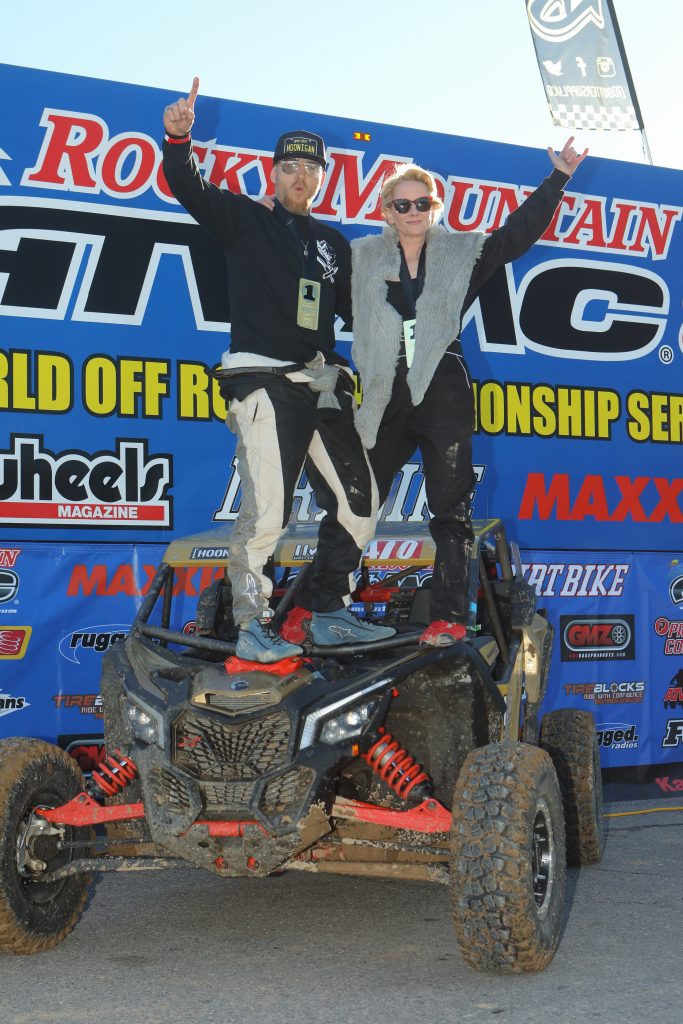 Did you expect to take the win? Most people fail a few times before notching a win. Was it really that easy for you?

That race was really easy for me and that was astonishing. Every other race I’ve done was nothing like that. In fact, my first season I earned the nicknamed, “yard sale,” if that tells you anything. I’ve been trying to get rid of that name ever since. By the time I finally figured how to drive my old car, things would fall off of it. For this [WORCS] race, I started at the back of the pack, I didn’t get to practice and had one rolling lap to survey the track-that’s it! And then I went out and won and I have never done that before. That tells you a lot about the X3 right there.

Did you expect to take the win? Was it really that easy for you?

Not really. I thought to myself, is this a joke or some sort of setup? Were people paid to let me pass them? It was just such a night and day difference of what I was used to competing in. The Maverick X3 was so much more stable and I could push it so much harder. I could just be quicker and more relaxed from the start and that contributed to my success. 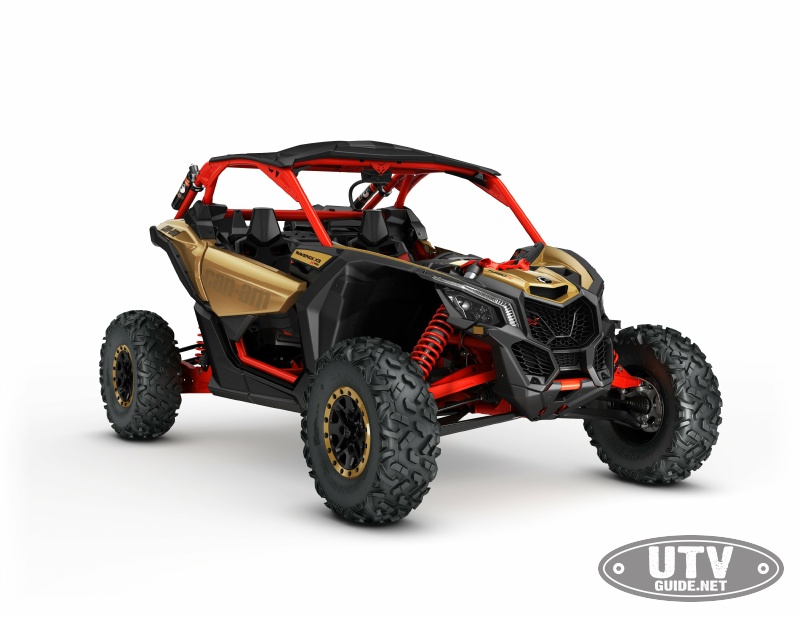 What is it about the Maverick X3 that still speaks to you?

I love how low it is…first thing. Love the speed. I love how wide it is, as body roll is minimal. You can just pitch it into corners and get on the gas again and not have to worry about body roll. It has less counter steering than other vehicles I’ve driven, too. It’s also stronger – even stock, it just more solid – so I know I could probably push it even further. 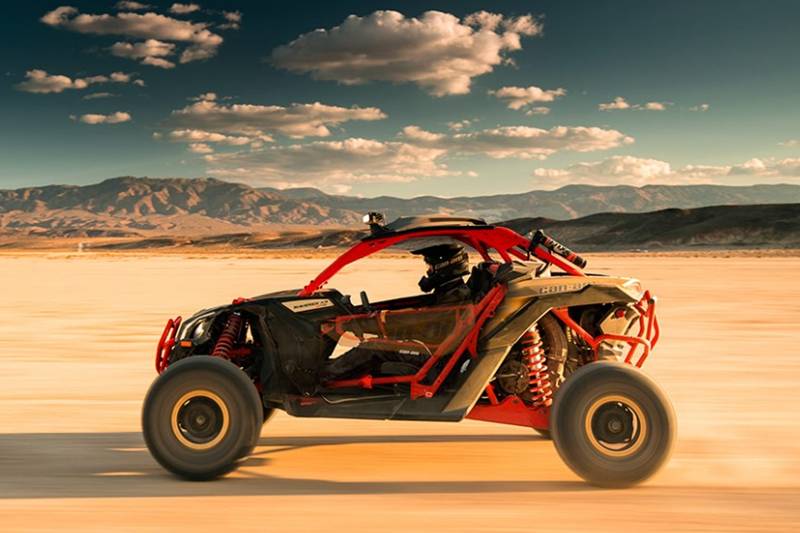 Although Anne Heche [Wag The Dog, Donnie Brasco] is a pretty great choice, did you feel any added pressure bringing a Hollywood actress as your co-pilot on the racetrack?

No pressure really. The added pressure was that I was the only driver with another person in the car. I didn’t want to take a terrible crash to freak her out. She loved it! And then she drove me around during the parade lap, victory lap, for all to see.

Where do you go from here, the Baja 1000, the Dakar Rally? You have good skills and a good vehicle, so will this be an occasional hobby or do you see yourself going deeper in racing?

I’m a short course guy. I want to win WORCS. I always wanted to be a motocross racer, but I’m too old and too busy, so this type of racing fits me. I want to be on the podium. My ultimate goal is the Lucas Oil Regionals title. Right now, I’m just baby steppin’ it, and we’ll see where it goes from here.

Do you feel you could get some of your buddies to try this sport and the Maverick X3?

Rob Corddry [Hot Tub Time Machine] wants to get into motorsports. So, he’s going to be in the passenger seat in one of the races and then wants to race my car on his own afterward. He’s the same as me — a busy guy — but loves this stuff and wants to give it a shot. 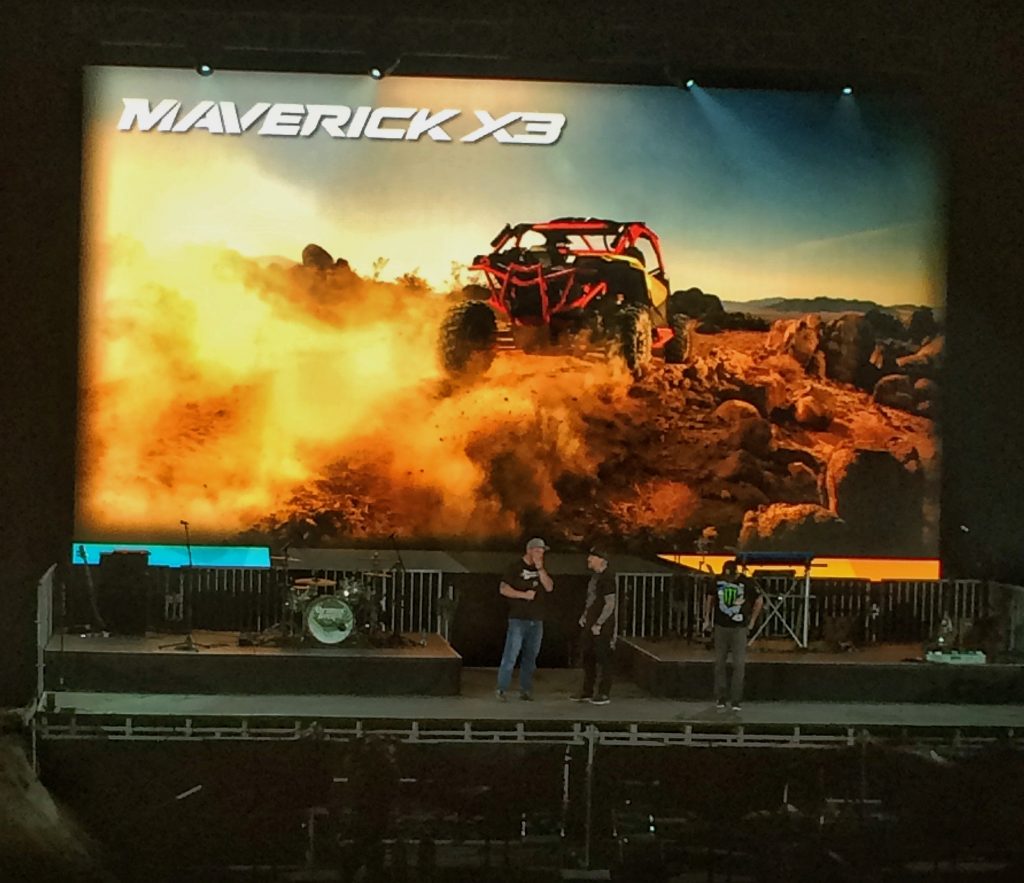 You stood on stage and watched Block and Baldwin showcase the X3 to the global Can-Am dealers last year in Orlando. Then, you didn’t get to partake in the “Battle BROyale” racing. Did you have something to prove to your mates with your WORCS victory?

They are good at what they do. I had to do radio that day, so I missed out on the BROyale shoot. I have always wanted to beat Ken Block! I skateboarded against him and did a motocross race against him. And I’m a good friend of BJ Baldwin. Whenever you’re a good friend with someone, you want to beat them. This is as close as I’m gonna get to challenging and beating them. If it were a short course, I would like to think I could beat them. And I believe I will one day.

Is that a challenge?

They already know my thoughts on this, but sure if that’s what it takes to make it happen.

To hear more from Jason, check out his podcast or radio show. Reading material: “The Awesome Guide To Life” by Jason Ellis; www.officialjasonellis.com.