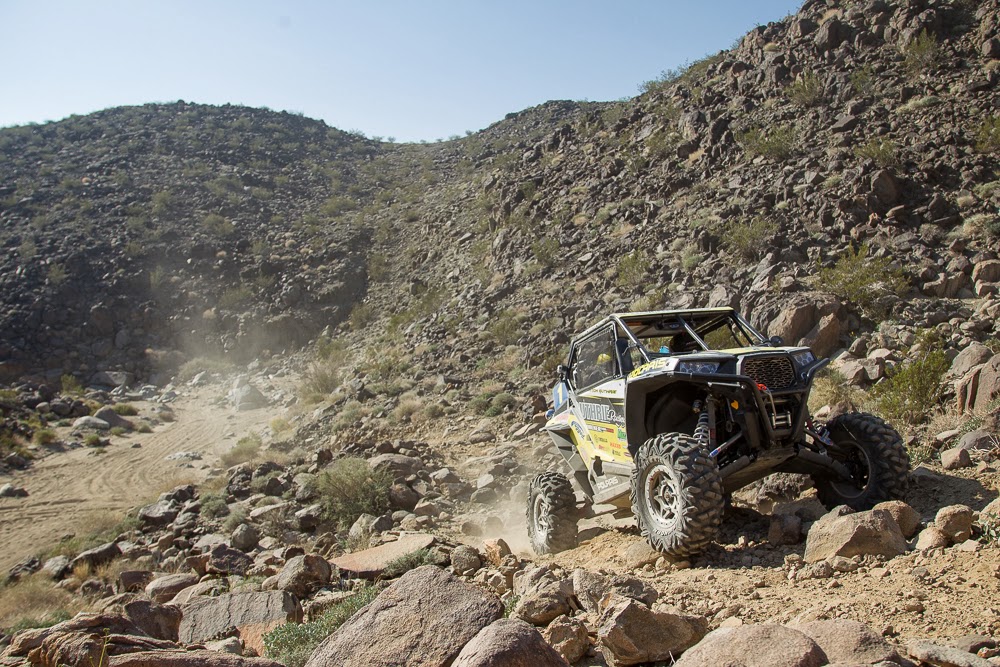 Minneapolis, Feb 10, 2014 – The King of the Hammers (KOH) is known as the toughest off-road race in the world, and last year’s 115-mile course was known as the most-difficult course ever. So much so that Race Organizer, Dave Cole, kept the same course that only three UTVs, all being RZRs, finished last year. Polaris Factory Racers Mitch Guthrie and his co-driver Mitch Guthrie Jr., who has won four KOH races and took second once, would line up in their Magnum Off-Road RZR XP 1000, and Jon Crowley and Blake Van de Loo, in their Jagged X-supported RZR XP 1000. When the dust settled, Guthrie would take his fifth King of the Hammers Pro Class win proving nobody beats “The King.”

Twenty-Six Pro UTVs took the line on Wednesday morning to try to conquer The Hammer. Branden Sims, in his RZR, would take the early lead with the rest of the field in hot pursuit. Van de Loo was in first place Pit one, but was hampered by an intermittent GPS that sent him off-course. By the end of lap 1, Guthrie would have the lead but would lose it due to a steering issue that needed repair. Guthrie’s racing prowess and ability to tame the nasty rock sections of the race saw him, once again, come away the Pro Class winner with Sims following in second. Crowley and Van de Loo, impaired by a radiator problem that cost them valuable time, would also finish the race. John Duckworth, also in a RZR XP 900, would take the Sportsman Class.

Polaris is among the global sales leaders for both snowmobiles and off-road vehicles and has established a presence in the heavyweight cruiser and touring motorcycle market with the Victory and Indian Motorcycle brands. Additionally, Polaris continues to invest in the global on-road small electric/hybrid powered vehicle industry with Global Electric Motorcars (GEM), Goupil Industrie SA, Aixam Mega S.A.S., and internally developed vehicles. Polaris enhances the riding experience with a complete line of Polaris Engineered parts, accessories and apparel and Klim branded apparel. 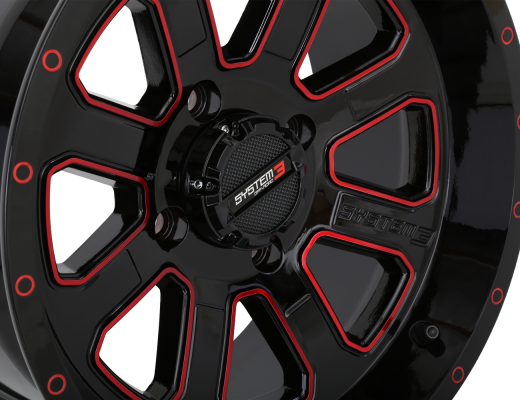 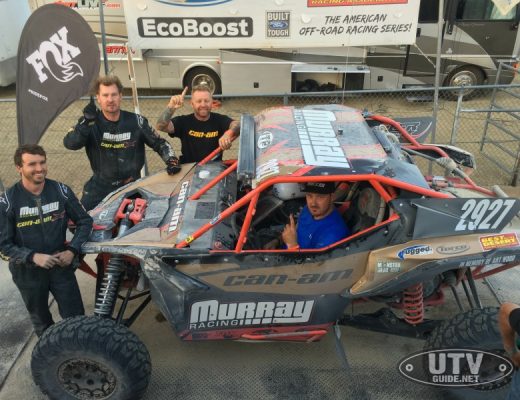