The game and fish bill, likely to go before the Legislature again next year, will hinge on ATV classification.

The downfall of the game and fish bill, vetoed by Gov. Mark Dayton recently, always was seen as a possibility. Again this session, legislators overreached in the measure, fancying themselves professional fish and wildlife managers, more so even than those who actually are. And any reasonable governor might respond to these hijinks by withholding his signature.

Still, a major reason Dayton nixed the game and fish bill couldn’t have been predicted.

In his view, and in the apparent opinion of Minnesota-based Polaris and Arctic Cat, and other all-terrain vehicle (ATV) manufacturers, as well as the Department of Natural Resources, the bill as developed by a Republican-dominated conference committee came down on the wrong side of an argument over what differentiates Class I from Class II ATVs — and therefore on what types of trails the two can be ridden.
To understand, rewind to the first part of this year, when the DNR and the state’s various ATV players, including representatives of its major riders group and manufacturers, met to develop proposed ATV legislation.

At issue primarily was the legal maximum size in Minnesota of ATV engines, which was 960 cubic centimeters or less. Bombardier in particular — a Canadian company — had a problem, because, according to the DNR, it wanted to sell machines with 1,000-cc engines.

ATV manufacturers continually push the envelope on motor size and overall ATV design, and often need legislative adjustments of this kind. And states usually accommodate them. So this wasn’t a particularly novel request.
But the DNR-led ATV consortium also considered another issue, recognizing that ATV sales today are less dependent on traditional-style machines that riders straddle (Class I). Rather, bigger ATVs in which riders sit side-by-side (Class II) — sometimes two in a front seat and two in a back seat — are, some say, the future of the industry. Or at least a big part of it.

Consider a machine called the Ranger RZR, made by Polaris, a sporty two-passenger side-by-side with a high snazz quotient that is selling at a relatively fast clip. Among its unique characteristics, it measures only 50 inches wide, significantly less than most other Class II ATVs.

According to the DNR, Polaris wanted the RZR categorized as a Class I machine — therefore allowing it to be ridden on the approximately 10 percent of state trails largely restricted to those types of ATVs.

Read the complete article at: Side-by-side ATVs the focus of political hot potato 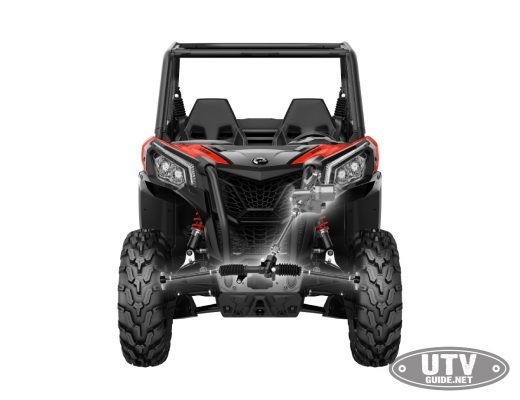