Paso Robles, Calif. – February 24, 2016 – The 2016 race season is heating up for the Lazer Star Lights sponsored team of Jason and Derek Murray. With their second Best in the Desert event in the books and a quick turnaround before the SCORE season opener, Team Murray is on the gas and looking to make an impact this year. 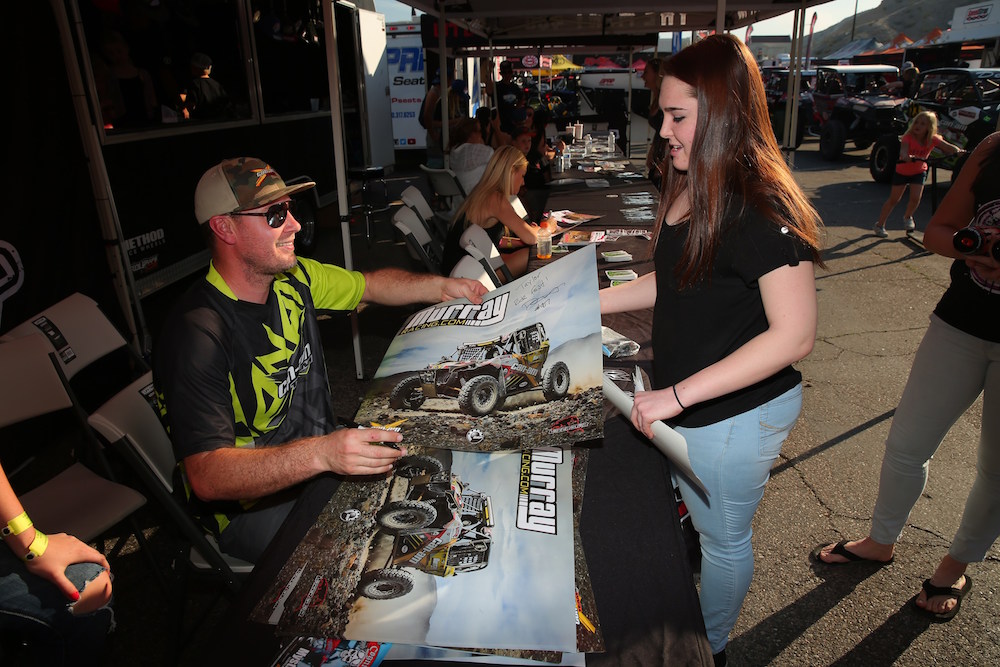 Last year’s UTV World Championship was the inaugural event, and this year’s race drew an even bigger crowd with even more excitement as more than 90 UTVs competed. The UTV Championship course is unique in that it is part stadium short course and part open desert racing. This makes for an entertaining spectator area around the short course section while throwing in all of the rough and unexpected terrain that the Nevada desert had to offer. 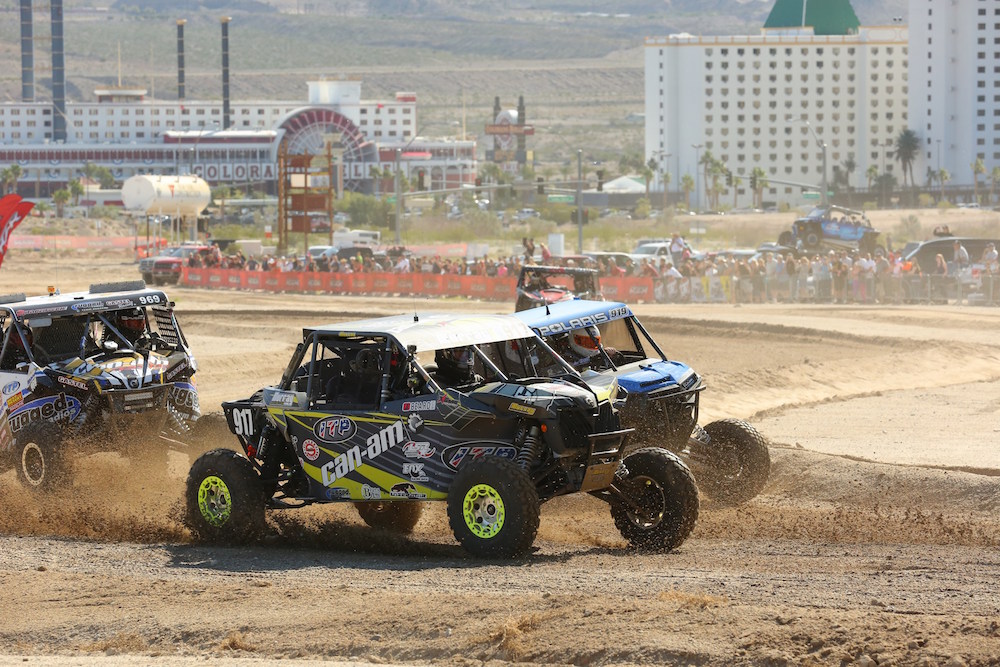 New to the BITD rulebook is a starting position procedure. The top 10 finishers in the previous race get to start in that order, which meant that the Murrays got to turn their 4th place overall finish at the Parker 250 into an early start ahead of the massive pack. 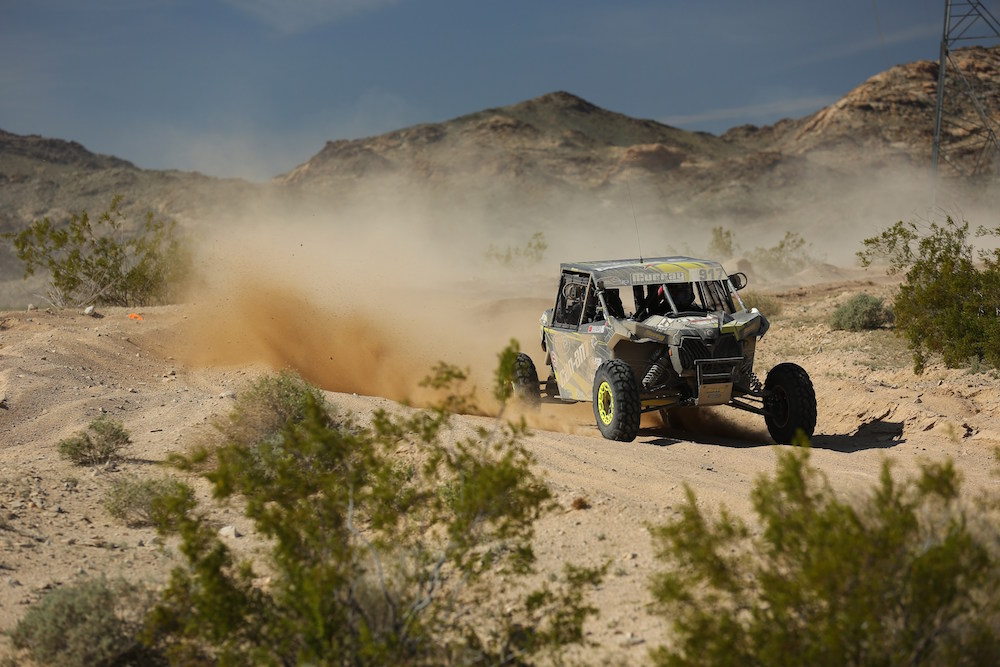 Derek Murray took off at the front of the pack with Jason as his co-driver, and the two worked their way into 3rd place in the first few miles. About 8 miles into the first lap, the Team Murray Can-Am Maverick Turbo experienced some mechanical issues, which required some extended repair work on the course. By the time they got up and running again, pretty much the entire field had passed them. In fact, the lead cars were now just a few minutes away from lapping them, which meant there was no time to waste if the Murrays were going to get back into the race. 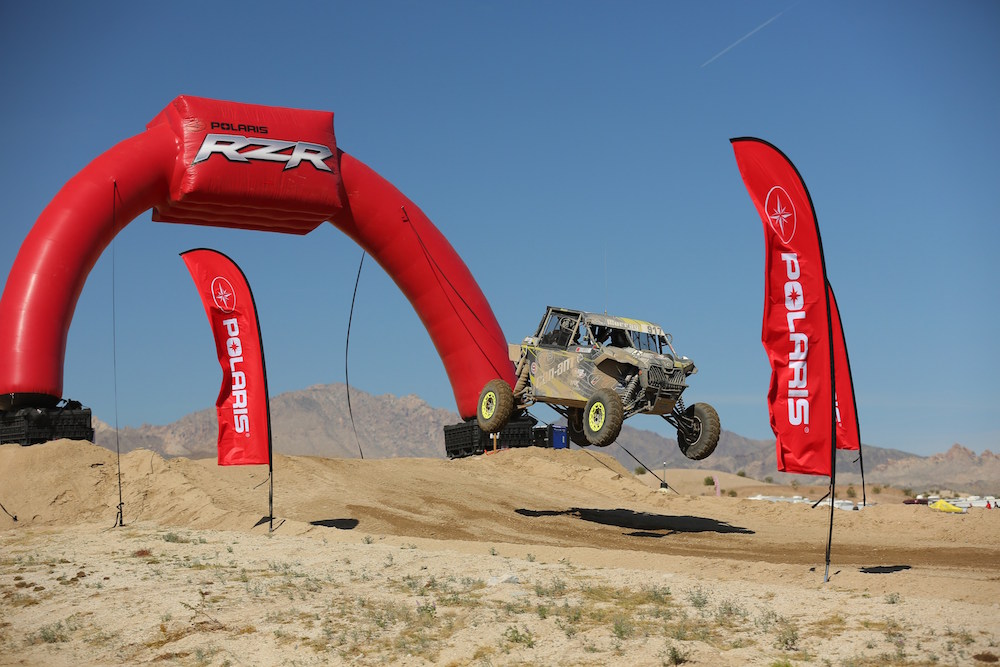 For the next few laps around the course, Team Murray charged hard and made up time. They picked off car after car and made up as much time as possible, despite being further slowed by mechanical issues on lap 5 and again on the final lap. 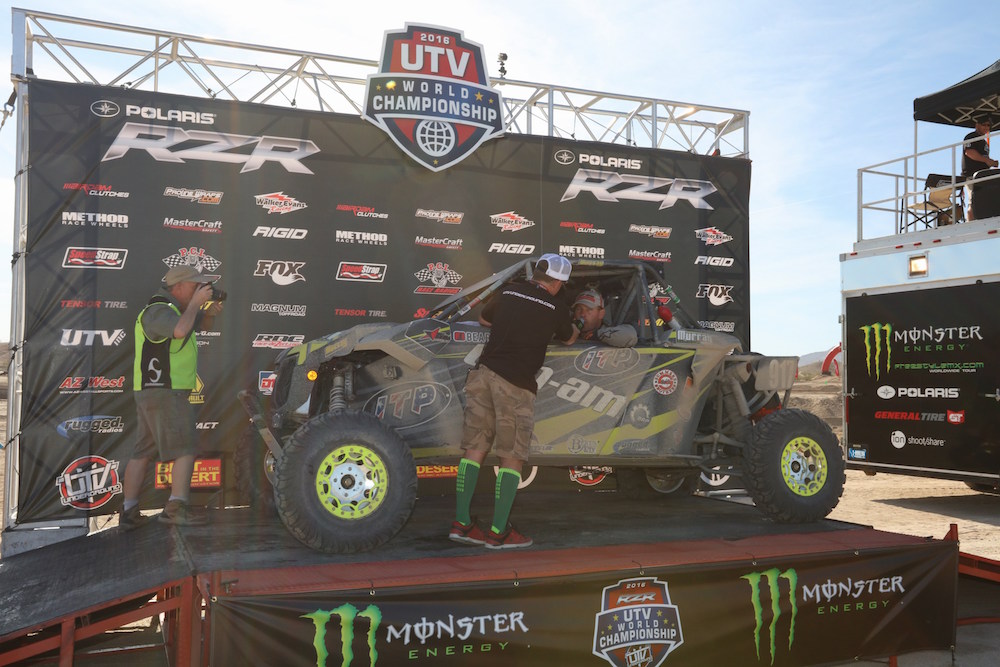 Through all of this adversity Jason and Derek persevered, and continued fighting to the end. Their reward was an incredible comeback. Although they were at one point in the race at the back of the 90-car pack, Team Murray managed to finish the race in 6th place in the UTV Turbo Class and in 9th place Overall. This was the 40th consecutive BITD race that Team Murray has completed with no DNFs.

Though the updated series points have not yet been posted, Team Murray should be in the top 3 in the UTV Turbo standings based on the results from the first two races. While Derek and Jason set the bar high for themselves, it’s hard to be disappointed with such an impressive display of willpower and determination. Expect to see the Murray boys on the BITD and SCORE podium this season.

The next race up for Team Murray is this weekend, the San Felipe 250. With as short a turnaround as possible, it will be interesting to see how the Murrays are able to prep their Lazer Star Lights equipped Can-Am in time for the SCORE International season opener.