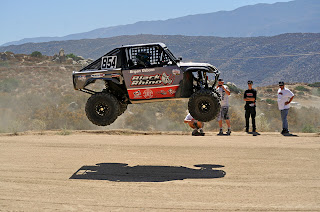 09/15/11 El Cajon, CA- Black Rhino is pleased to announce the addition of Kyle LeDuc to the growing list of drivers representing Black Rhino. LeDuc will be racing in the Lucas Oil Off Road Racing Series’ UTV Class for Black Rhino with all discussions based on the remainder of the 2011 season. With a name like Kyle LeDuc teaming up with Black Rhino, a tremendous amount of positive attention will be drawn to the class.  “There are a lot of good drivers and families involved in the UTV class and we will do everything we can to help it grow.” stated Kenny Osborn, owner of Black Rhino.

Osborn and LeDuc have been working out all of the details at the Black Rhino headquarters in El Cajon, CA over the last few weeks. Osborn explained, “The deal came about rather fast. It all started when we brought a new crew member on our team, Layton Kramer.  His first day at work he was telling me about the partially built SR1 Kyle LeDuc was selling.  I asked him to get some pictures and we would talk about it the next day.  Well not only did he get pictures but he also told me Kyle would be willing to help finish the car, help with the testing and possibly even race it for us.  We had our crew out the door within hours to pick it up and get it back to Black Rhino.  I spoke with Kyle for the first time the day after we got the SR1 into our shop.  During our conversation we discussed Kyle racing the SR1 the rest of this season for Black Rhino.  Kyle not only agreed to drive for us but he also offered to help teach and coach Bryan on how to further improve his racing skills.  Now that is what I would call one hell of a package deal.”

Bryan Osborn, driver of the Black Rhino #854, is looking forward to being coached by LeDuc, “He can help me with my lines, with driving competitive and pushing the car as much as I can.”

LeDuc said of his racing background, “We grew up playing in the dirt; we had a father that let us. He was always racing so we were always around racing. The first thing we started racing was mountain bikes and we became pros and had great careers.” Eventually the opportunity came up for the family to move to the world of off road. LeDuc started out by building a prolite and became hooked on the sport. He won his first race in 2003 and the following year in 2004 he won 6 rounds and the championship. In 2008 he built a pro4 and won 4 races his first season in the division. “It has been a class I’ve loved for a long time and have had great success in the division.” stated LeDuc.  In 2011 he went back to prolite and added it to his pro4 program currently campaigns both trucks.

When LeDuc talks about racing, his passion is obvious, “I have loved the thrill of competition my entire life. It’s the idea that if you work hard enough and keep your mind always advancing then it’s up to you to drive the he’ll out of it to finish the package and take home trophies! That’s what makes me smile; winning and being the fastest man alive.”

LeDuc’s goal is to help the SR1 class grow by bringing in more pro drivers. “I want to get them hooked on these stupid fun cars. They aren’t play toys anymore, these are serious machines that deserve to be watched and enjoyed by everyone that loves off road racing. Black rhino is obviously a huge name in the UTV world and I have been a huge supporter of the UTV classes. I have owned my own race car and have raced a lot with it. Now Black Rhino has taken on the chore of giving me the best car they possibly can and believe me, I will deliver. I also enjoy helping the younger kids coming up in the sport to get them fearless and skilled behind the wheel to keep this racing program up and chaotic for the fans to always enjoy.” said LeDuc. 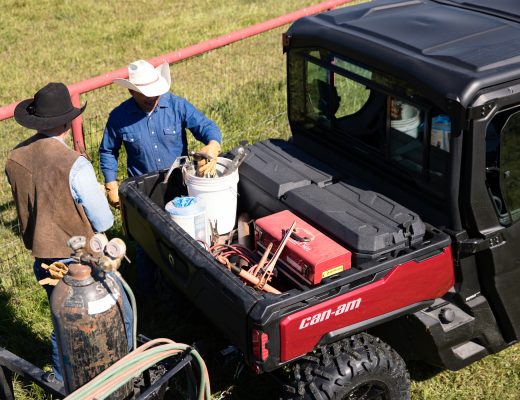