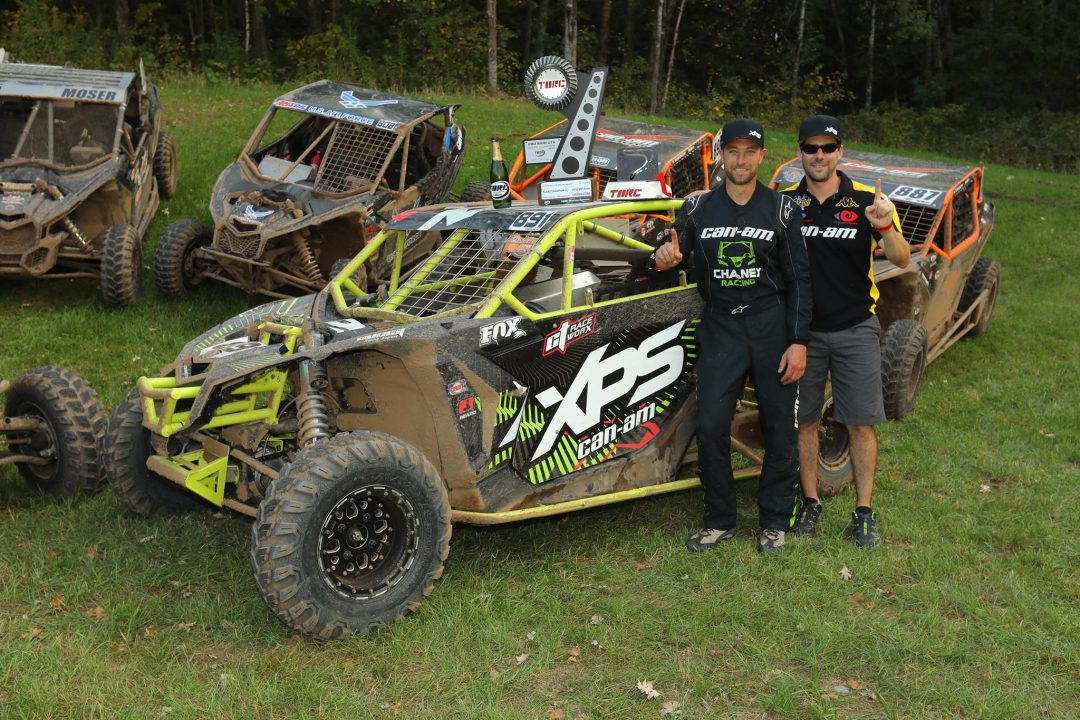 Kyle Chaney (Can-Am / XPS / Chaney Racing) came into the final weekend of the 2017 TORC series owning a nine-point advantage in the Pro Mod UTV division. The final race at ERX Motor Park in Elk River, Minn., hosted three rounds (including making up round four on Friday), putting adding pressure to perform, but a cool, calm and collected Chaney was up for the challenge. The Ohio racer finished on the podium at all three rounds with his Can-Am Maverick X3 side-by-side vehicle, winning on Friday and, then again, on Sunday to capture his first career TORC series championship and first for Can-Am.

“The Can-Am X3 is a solid platform for any type of racing. It’s just built to perform, built to last and to withstand the elements,” stated Chaney. “You have to start with a reliable machine and we proved it this season. Consistency is what wins championships, and being on the podium 12 out of 13 rounds was key to bringing this championship to Can-Am.”

Chaney’s victory on Friday evening extended his points lead, but his third-place finish at round 12 essentially cut it in half with only the series finale remaining. All he had to do was win the final round to capture the crown. And the experienced Can-Am side-by-side pilot did just that, winning the 12-lap feature by more than 2 seconds. Chaney’s final victory pushed his points total to 299 on the year, giving him an eight-point cushion to end the season. Chaney had to miss round 11 of the GNCC series to wrap up this title, but says it was all worth it because his TORC championship sheds light on the driving abilities of woods racers, whom Chaney says don’t get enough recognition.

KAWASAKI PROMOTION TO CULMINATE WITH UNPRECIDENTED GIVE-AWAY OF 820 VEHICLES