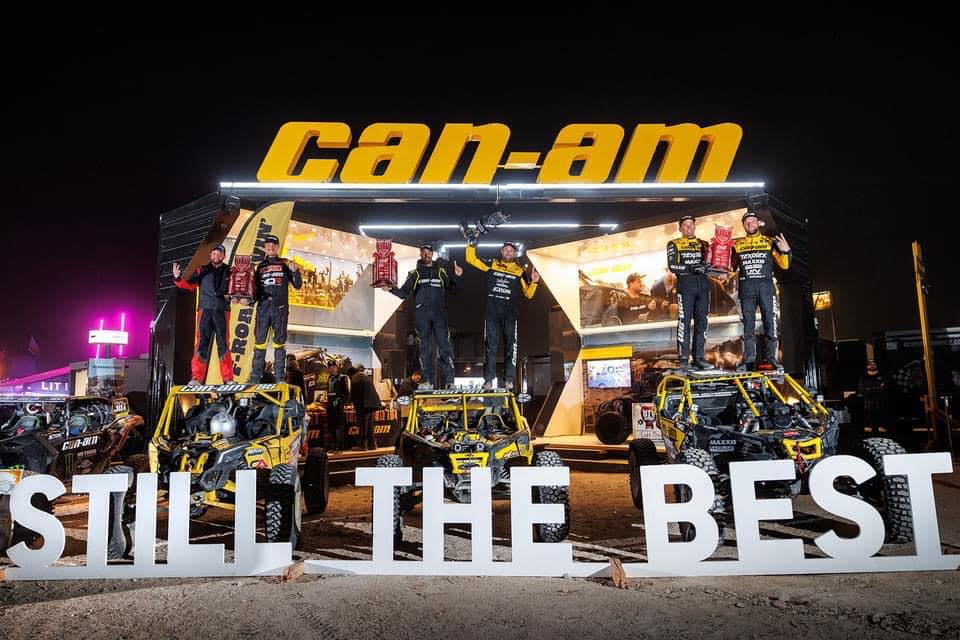 February 4, 2022 (Johnson Valley, CA) – You might expect the Can-Am UTV Hammers Championship Presented by Progressive Insurance to be dominated by rockcrawlers from the Southwest and for years that was in fact the case.  This year though, the podium was filled with drivers from Ohio, Texas, and Illinois. For the second year in a row, Kyle Chaney was at the top of that podium.  Cheney has finished on the podium in all three previous KOH UTV races he has entered, despite no background in rockcrawling.  “I grew up racing in the woods, and you have to be very precise.” he revealed. “The more technical the better.”  Chaney started seventh off the line and worked his way to the front of the pack by the end of the first lap, which consisted of 86 miles through the desert of Johnson Valley OHV Area.  “We wanted to be the first to the rocks,” Chaney explained, referring to the second lap that included 70 miles through 18 rock strewn canyons. “We had to winch once in Sledgehammer but otherwise it was a pretty flawless day.” 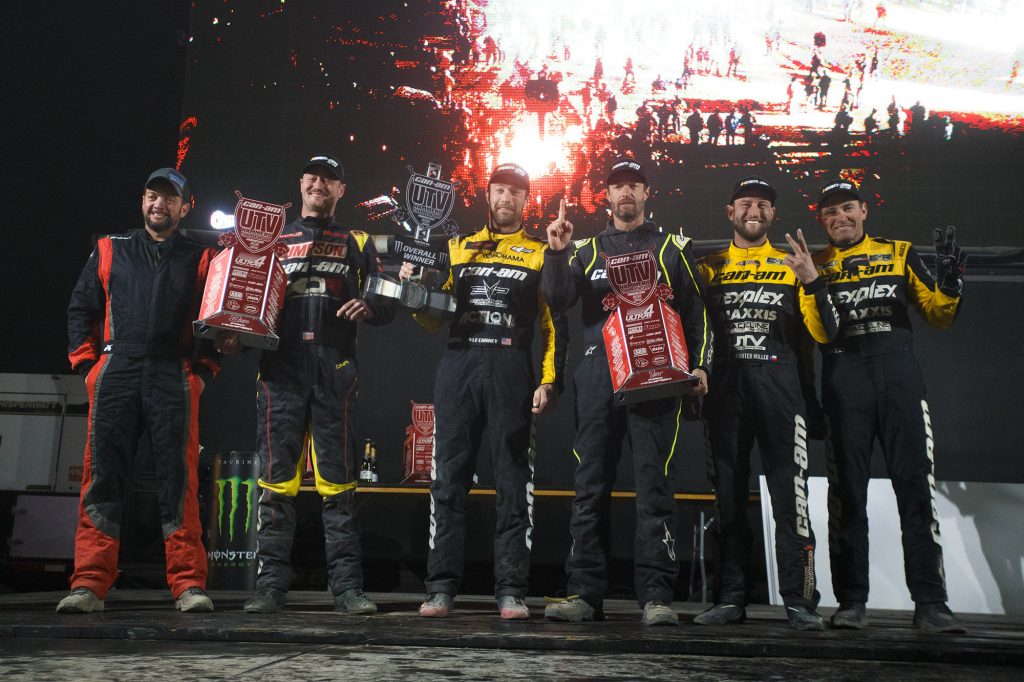 Chaney led an all Can-Am podium that was rounded out by 2020 UTV winner Hunter Miller of Texas and Paul Wolff of Illinois. Miller started fourth and rolled going down the Daydreams Trail, but was able to regain his composure to finish in four hours and 46 minutes, twenty minutes behind Chaney.  Wolff finished 12 minutes behind Miller in his first entry in the UTV Hammers Championship.  This, following Wolff’s victory in Stage 1 of the Holley EFI Shootout in his Can-Am based rock bouncer.  Wolff qualified 11th for the UTV race, and third for the Nitto Race of Kings on Saturday.  Chaney, Miller, and Wolff are all racing in the 4400 Unlimited race, and deferred from racing in the Can-Am UTV Grudge Match as a result. 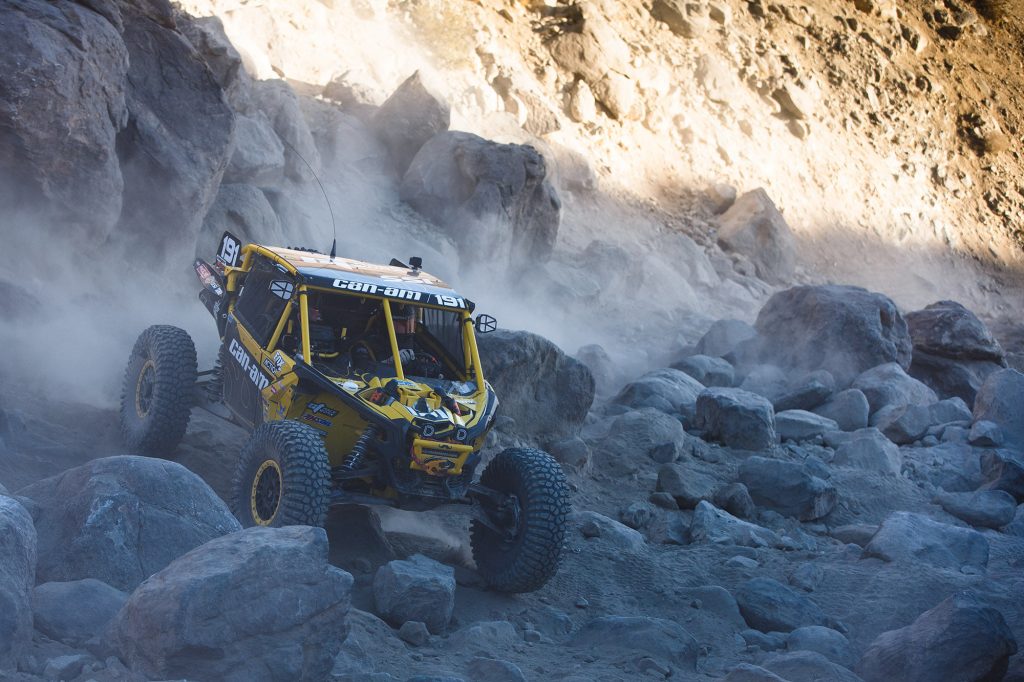 New for 2022, the Can-Am UTV Grudge Match put the top twenty finishers against each other for four laps around the 1.3-mile qualifying course.  $10,000 was on the line, with only the driver and co-driver allowed to work on their vehicles in the hour prior to the start of the Grudge Match.  The rolling start inverted the field with the 20th finisher starting first. With some competitors bowing out, the field went down to the 26th finisher.  Brian Deegan had a long day in the UTV King of the Hammers, running out of gas on Lap 1 and requiring his co-driver Terry Madden to run to the pit to retrieve fuel. Deegan put his short course skills to good use in the Grudge Match, leading flag to flag to take home the cash. 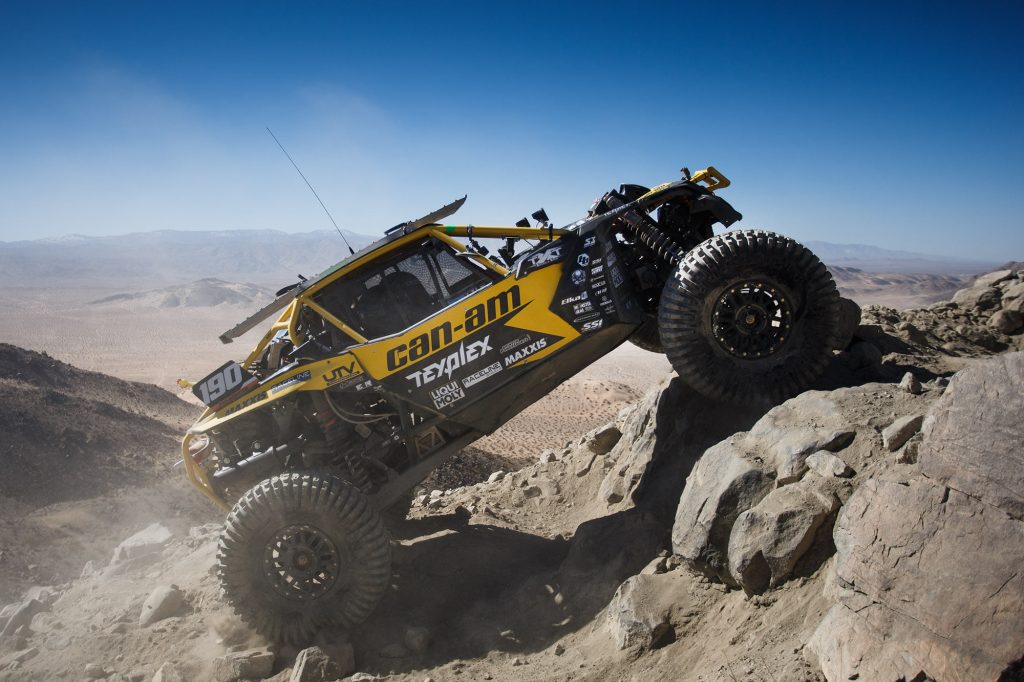 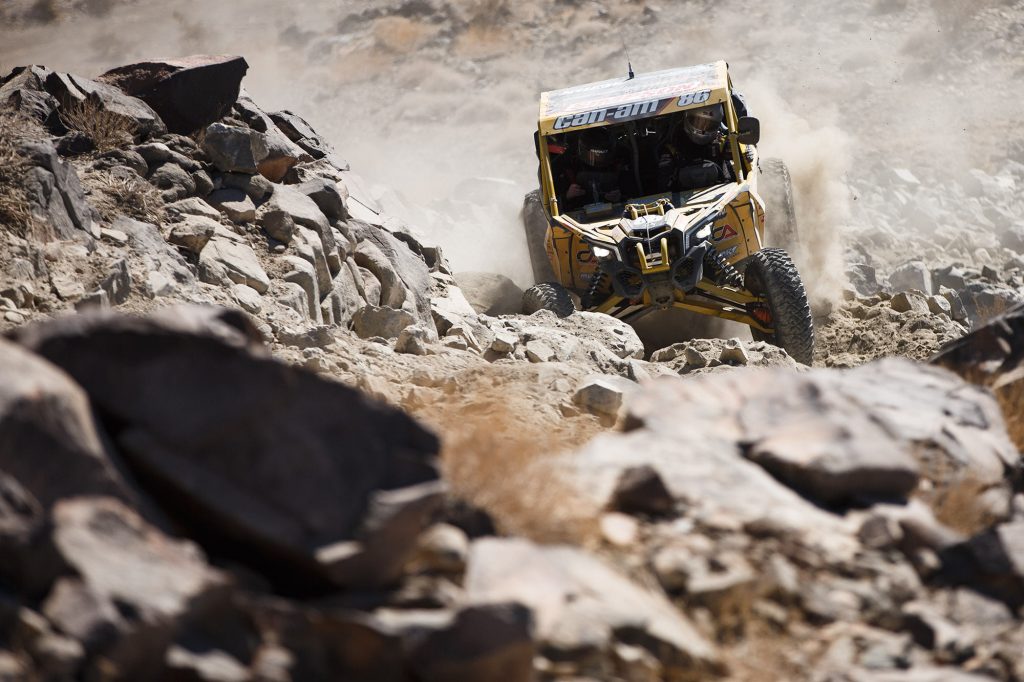 The UTV race has arguably the deepest talent pool in a week of events full of talented racers.  In addition to dedicated UTV racers such as Kyle Chaney and Hunter Miller, 4400 stars Shannon Campbell and Bryan Crofts mixed it up with desert racers Cameron Steele and Bryce Menzies, and motocross legend Jeremy McGrath.  To challenge this talented roster, Ultra4 Promoter Dave Cole had the UTVs run the same first two laps as the Nitto Race of Kings Powered by OPTIMA Batteries scheduled this Saturday, February 5th (which runs an additional lap through the most challenging rock canyons). 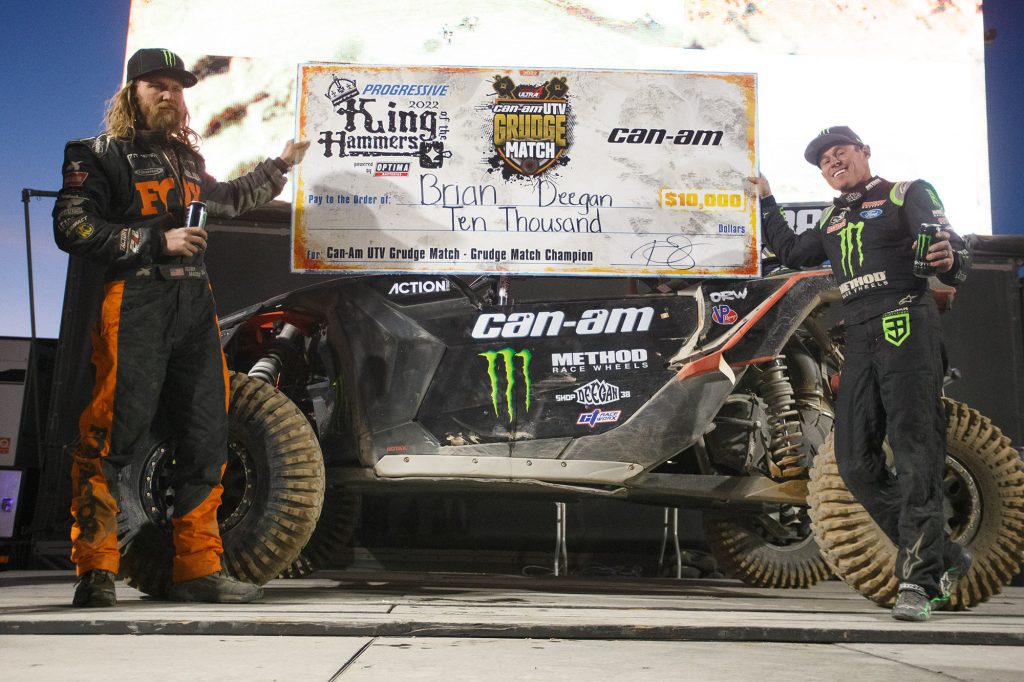 While Chaney finished the course in only four hours and 26 minutes, under 30 of the 122 entries finish the race in the nine-hour time limit.  By contrast, in 2013 there were only 35 entries in the UTV King of the Hammers, and only three of those vehicles reached the checkered flag. 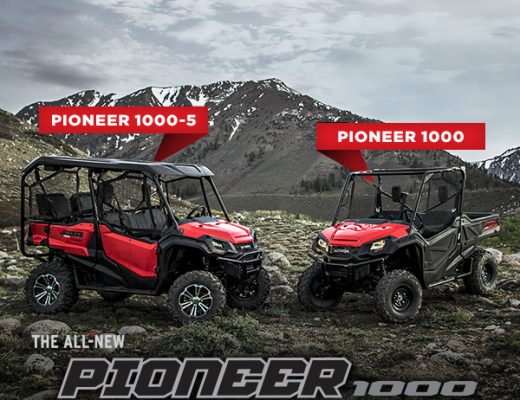