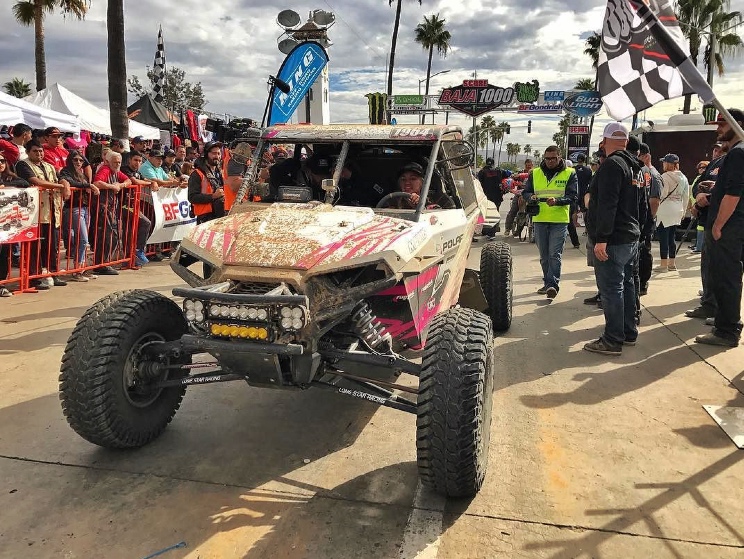 Polaris Factory Racer and Ironwoman, Kristin Matlock, who was the first woman to race the Baja 1000 solo on four wheels, took an impressive second place and fifth overall in her Terrabit Racing No. 1954 RZR XP 1000 EPS. The finish was her second Baja race placement racing solo, as she also took a third-place finish in the Baja 500 Pro UTV class this year. #TeamRZR racer Kristen Matlock etched her name into off-road history at the 2016 #SCOREInternational #Baja1000 by becoming the first woman to solo the race. To cap things off, she also landed 2nd in class and 3rd overall amongst all UTVs!