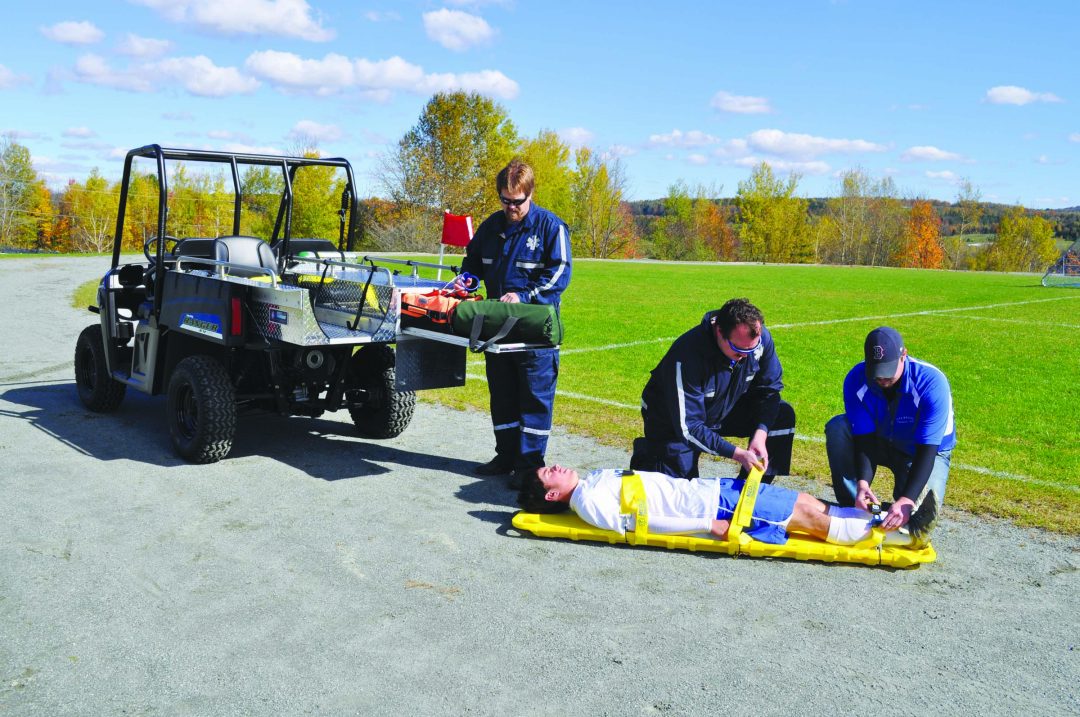 EMTs and athletic directors prefer the smaller, lighter UTV side-by-side unit for its ability to reach an injured player on the field with proper equipment and its capacity to quickly, efficiently transport a patient off the field to a waiting ambulance. Unlike a large ambulance, the compact MEDLITE system reaches a patient without harming natural grass or artificial turf, permitting sports play to resume and protecting school property.

Originally developed for ambulance and rescue squads, fire departments, and U.S. Military, the MEDLITE Transport series are the best-selling off-road rescue units in the world with over 3500 units in service. KIMTEK personnel have vast experience integrating MEDLITE Transport units into any school’s athletic program to protect both players and property. More information is available at www.kimtekresearch.com or by calling 888-546-8358.

KIMTEK Corporation is the largest producer and marketer of ATV/UTV-specific skid units for public safety agencies in the U.S. Made in America, KIMTEK’s FIRELITE® fire and rescue skid units and MEDLITE medical skid units are now in service in all fifty states, all branches of the military including in Afghanistan with the U.S. Army, the National Park Service, numerous NASCAR tracks, sporting complexes, schools, universities, seven Canadian provinces and one territory, and in several other countries worldwide. Founded in 1984 as a research and development company dedicated to advances in life safety technology in the fire sciences, KIMTEK Corporation manufactures and markets a full line of FIRELITE and MEDLITE Transport skid units for emergency service UTVs and pick-up trucks. For more information, please contact KIMTEK at 888-546-8358 or visit the company’s website at www.kimtekresearch.com.