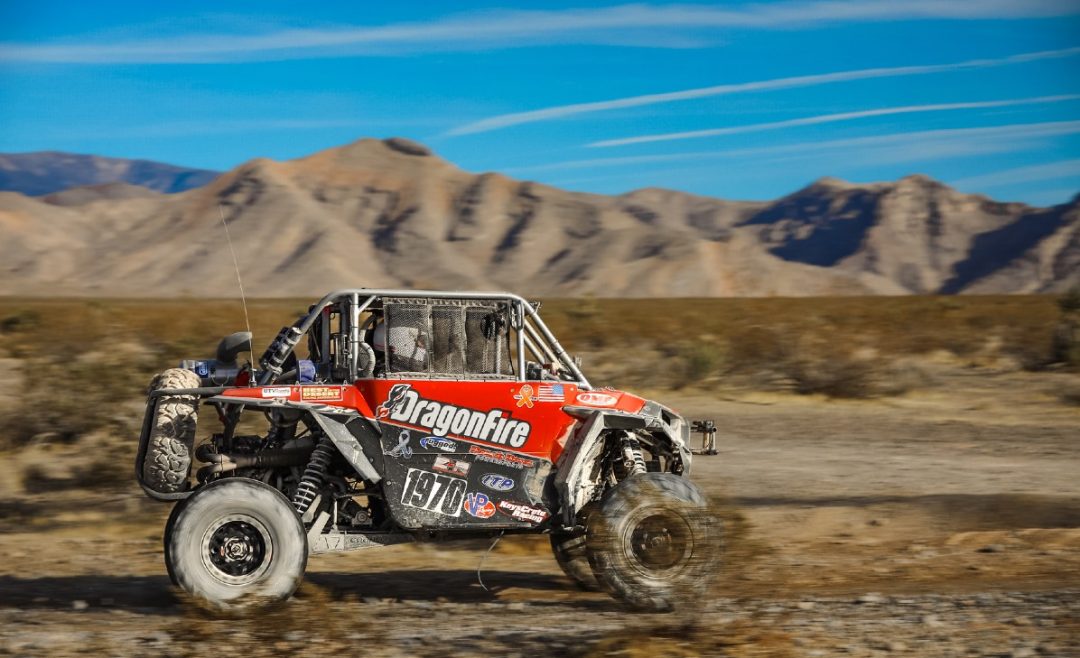 On Saturday, December 2, 2017, KeysCrete Racing secured the Best in the Desert UTV Pro Production Championship after a successful second place run at the Pahrump Nugget 250 in Nevada. This marked four podium finishes in a row and more importantly, helped the long time DragonFire Racing backed team secure enough points for the season to take the overall series Championship.

The race started with a 15-mile parade to the starting line. The parade route was lined with fans cheering on their favorite team which inspired KeysCrete Racing to do their best in the final race of the year. Starting the race was Russell Griffin in the driver’s seat and Everett Crawford as navigator. “This was the toughest course of the entire circuit,” said Griffin, “there was no way to be slow about it, we just had to pound through the brutal course and keep going.” The team faced some challenges throughout the day with suspension and tire problems but were able to keep a steady pace. “We had two other top drivers hot on our tail towards the end of the race so we stayed hard on the gas because we knew that a 2nd place finish was what we needed to take the championship— so we were up against the clock,” said Griffin.

In the end Griffin and Crawford were able to hold off the competition to secure the overall Championship for the year. This is a huge accomplishment being that KeysCrete Racing is a team based out of Houston, Mississippi and this is only their 2nd full season racing the BITD series. “We are truly excited for Jimmy, Russell, Everett and the entire team at KeysCrete,” says Brice Ginn, Operations Manager at DragonFire. “We have worked with them for 6+ years when Jimmy simply started buying DragonFire products for his UTVs and it has been amazing to see their program grow and help them get to where they are at today.” “Even more impressive is the fact that these guys are traveling all the way from Mississippi and Florida to compete and prove they are champs in the desert!”

The future is exciting for the DragonFire/KeysCrete Racing team as they are putting the finishing touches on a new 2018 Polaris RZR XP Turbo racecar build and will be transitioning into the premiere UTV Pro Production Turbo class next season. “KeysCrete has proven that they truly are contenders with series championships in UTV Rally Raid and now Best in the Desert. We can’t wait to help KeysCrete Racing show everyone what they can do in 2018 with their new DragonFire backed Polaris RZR Turbo,” Ginn concluded.

The KeysCrete Racing team made an appearance in Las Vegas on December 16th to accept their Championship award at the BITD season-ending banquet. In a few short weeks, after the holidays, the team will be in Parker, Arizona on January 5, 2018 debuting their new race car for the first race of the 2018 season at the GMZ UTV Winter Nationals Parker 250 Presented by Polaris.

Since 2005, DragonFire has been providing riders with premium side-by-side accessories made to set the trail on fire. Backed by a racing heritage that started at Baja and continues today, we are proud to call ourselves hardcore and passionate offroad enthusiasts. Our premium accessories are untamed and uncompromising because they are designed, manufactured and sold by people who live the life. Riders can bring the heat with DragonFire products. For more information, visit DragonFire Racing at www.dragonfireracing.com. 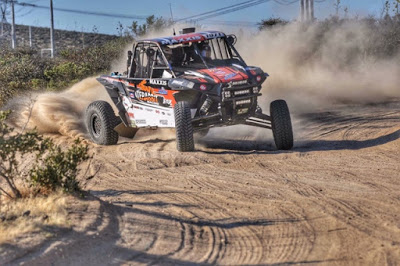