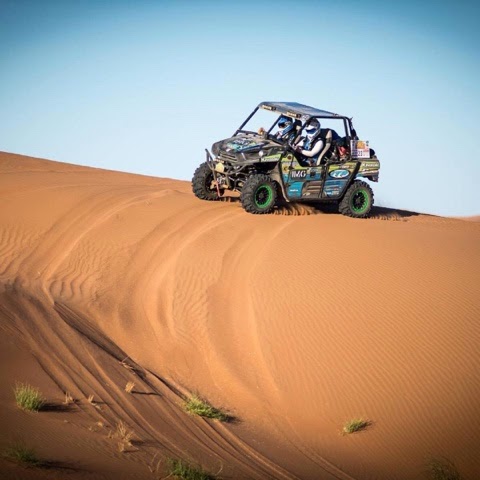 Irvine, Calif. (April 9, 2015) – Kawasaki IMG Motorsports drivers Sara Price and Erica Sacks accepted one of the toughest challenges in all of motorsport when they entered the 2015 Rallye Aïcha des Gazelles. Dubbed the #TeryxGirls, Price and Sachs signed up to navigate through Northern Africa in their Kawasaki Teryx® while plotting their course on maps from the 1960’s. The #TeryxGirls were one of 158 teams competing from 13 different countries and are the first U.S. based team to compete in the Quad/Moto/SSV class at the rally. After a roller coaster trip though the desert, the #TeryxGirls finished seventh in their debut and collected the prize for highest finishing first time competitors in their class . 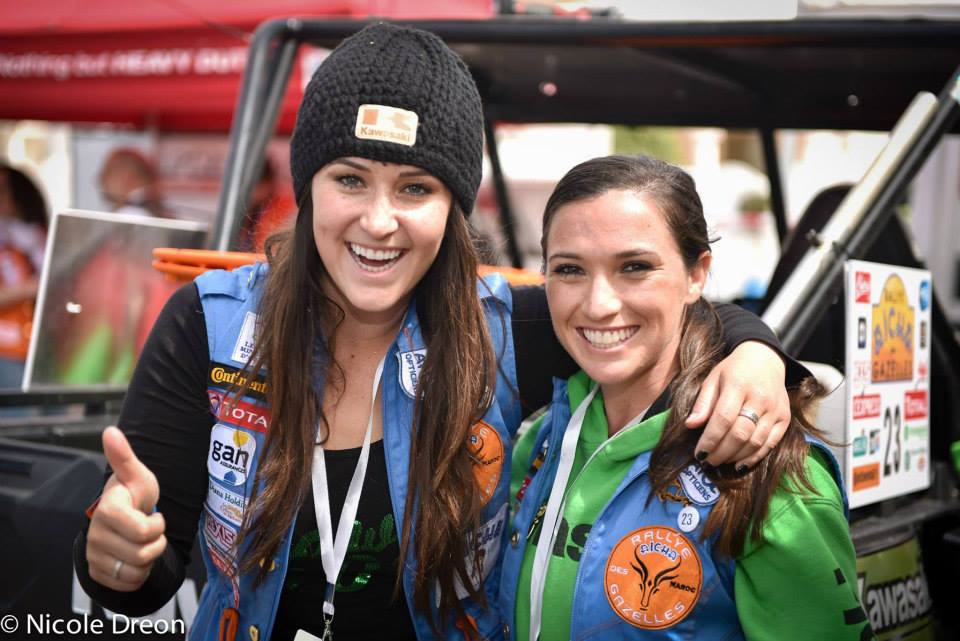 The rally got off to a rocky start for the #TeryxGirls as a blizzard in the French Alps, delayed the delivery of their race-prepared Teryx forcing them to miss the prologue of the event. As rookie entrants, the prologue would have helped the ladies get used to the natural landmarks needed to navigate throughout the rally. The missed seat time proved costly during the first leg of the event as the #TeryxGirls went to the wrong checkpoint right off of the start and were behind the eight ball after missing a critical fuel checkpoint. They ended up running out of fuel before they could return to camp and were forced to spend the night out in the desert finally returning at 3:30am before heading back out for the second leg at 6:00am.

As they continued to get more comfortable with the primitive navigation tools, the #TeryxGirls were making good progress reaching five checkpoints before finding themselves stranded near a cliff band as darkness set in. With no way to navigate out of the situation the #TeryxGirls once again settled in for a night in the desert without sleeping bags or a tent. The following morning, the ladies made it back to camp at 10:00am, four hours after the official start of the leg, where they grabbed the new maps and information for Leg #3 and headed right back out. 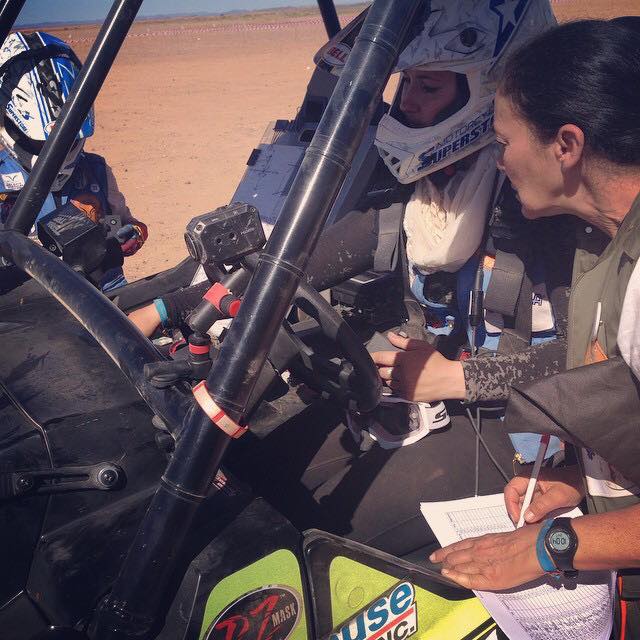 The third leg proved to be the turning point as they plotted their route and completed all of the checkpoints while also assisting one of their fellow American teams, helping to lead the previously lost team out of the dunes. Despite the early setbacks, Price and Sacks decided the take the hardest route through the dunes and were able to hit every checkpoint. The #TeryxGirls settled in for a shower and good-night sleep at camp before heading back out for two scheduled marathon legs, which meant more nights in the desert.

“The third leg and the first marathon leg went really well,” said Price. “ We’ve made all of our checkpoints and we are usually one of the first ones there. We’ve been able to stay on course and we are learning to trust our instincts and navigation tools. And when we were prepared to sleep outside with sleeping bags and a tent, it was really nice.” 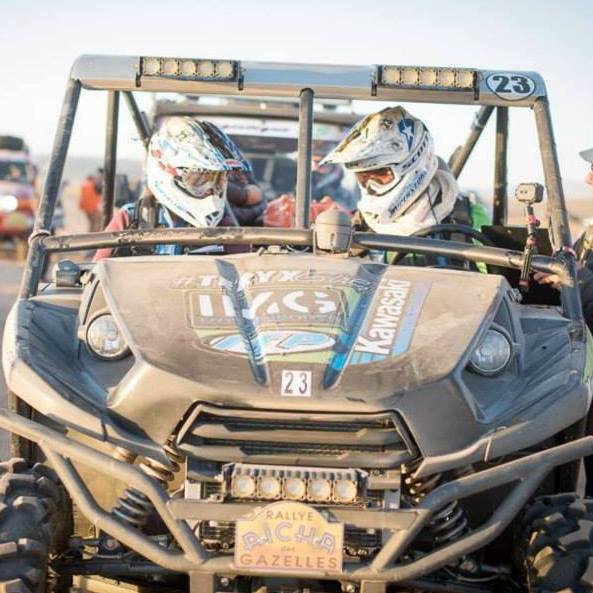 The second marathon leg of the rally saw Price and Sacks hit their stride as the raced through the Chegaga Dunes. Using the experience they gleaned while growing up riding the Glamis Sand Dunes in Southern California with their, the #TeryxGirls shined picking up two spots in the rankings as the rally began to wind down.

As the sun rose on the final leg of the 2015 rally, the #TeryxGirls were excited to continue their move up the rankings, but fate had other ideas. After struggling to find the third checkpoint on the leg, the girls also ran into a mechanical problem as the drive belt on the Teryx shredded, forcing them to make a decision. They could call for assistance and be disqualified or they could replace the belt and finish the event. Never ones to back away from a challenge, Price and Sacks changed the belt and were able to drive back to camp and earn their well-deserved title of Gazelle. 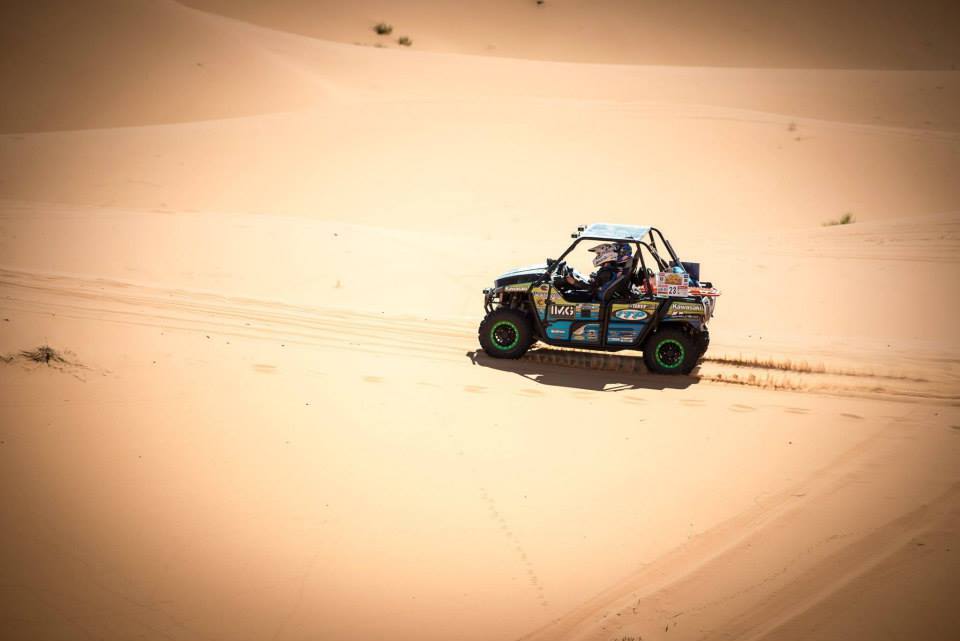 Overall the #TeryxGirls covered nearly 3000 kilometers in the North African desert over seven days, battling not only their competitors but also the rugged terrain. With heart and determination, Price and Sacks showed the capabilities of the Teryx on a world stage. 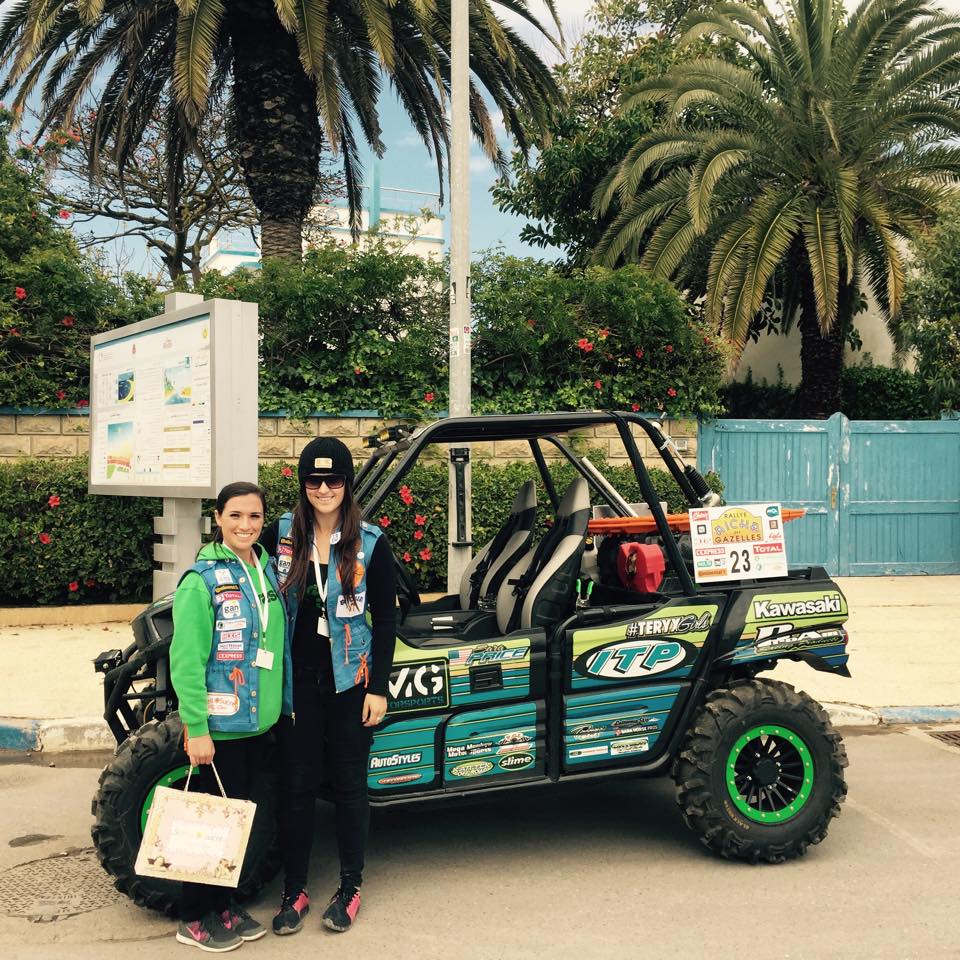 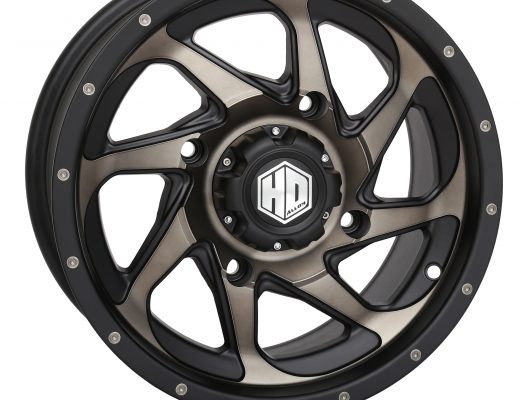