KAWASAKI PROMOTION TO CULMINATE WITH UNPRECIDENTED GIVE-AWAY OF 820 VEHICLES 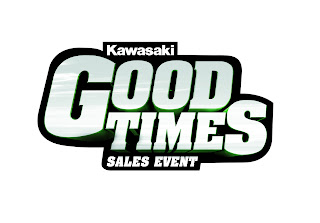 IRVINE, Calif. (June 24, 2011)—The huge “Good Times Sales Event” promotion launched by Kawasaki in April has reached the half-way point and the company said that more than 3.2 million game pieces will have been distributed to consumers by the end of July. Following the event’s July 31st conclusion, each of the 820 participating Kawasaki dealers will be giving away a new Kawasaki motorcycle or ATV.

Chris Brull, Kawasaki’s director of marketing, said “this multi-tiered program represents one of the largest promotional outreach campaigns the company has undertaken, and the event is by far the largest vehicle giveaway in Kawasaki’s history.” National television spots have been running on ESPN/ESPN2, SPEED, Fuel TV, National Geographic TV, and History Channel, in addition to direct promotions through the company’s website, direct mail and the network of independent Kawasaki dealers.

It combines instant win opportunities for consumers, including four Grand Prize giveaways of 2011 Kawasaki Vulcan® 1700™ Vaquero cruisers (or a different Kawasaki vehicle of the players choice). Other “Good Times Sales Event” prizes include $250 off any Kawasaki vehicle over 249cc, 15 percent off any Kawasaki accessory item, or 10 percent off dealer service. Additionally, more than 115,000 certificates for free Green Day music downloads and Monster Energy Drink buy-one-get-one-free coupons will be given away.

However, as Brull pointed out, the most unique component of the promotion is the sheer number of units that will be given away through the 820 participating Kawasaki dealers, with each of them holding post-event drawings for a new 2011 Ninja 250R sportbike or a Bayou 250 ATV. “This is a giant undertaking which will impact a lot of enthusiasts in a very positive way,” added Brull.

To participate, holders of a “Ticket to Win” distributed through direct mail, dealer contact, or requested at www.kawasaki.com/win, will need to bring their ticket to a participating local dealer to have it read by an in-store decoder which will light-up to reveal their prize. Once they have processed their Ticket to Win in-store, players may also register for that dealer’s individual 2011 Ninja 250R sportbike or Bayou 250 ATV giveaway.
The company will announce all winners in August.

Kawasaki Motors Corp., U.S.A. (KMC) markets and distributes Kawasaki motorcycles, ATVs, personal watercraft, utility vehicles and recreation utility vehicles through a network of more than 1,350 independent retailers, with an additional 8,000 retailers specializing in Kawasaki power products and general purpose engines. KMC and its affiliates employ nearly 3,100 people in the United States, with 300 of them located at KMC’s Irvine, California headquarters.

Kawasaki’s tagline, “Let the good times roll.™”, is recognized worldwide. The Kawasaki brand has become synonymous with powerful, stylish motorcycles for over four decades. Information about Kawasaki’s complete line of recreational products and Kawasaki affiliates can be found on the Internet at www.kawasaki.com. 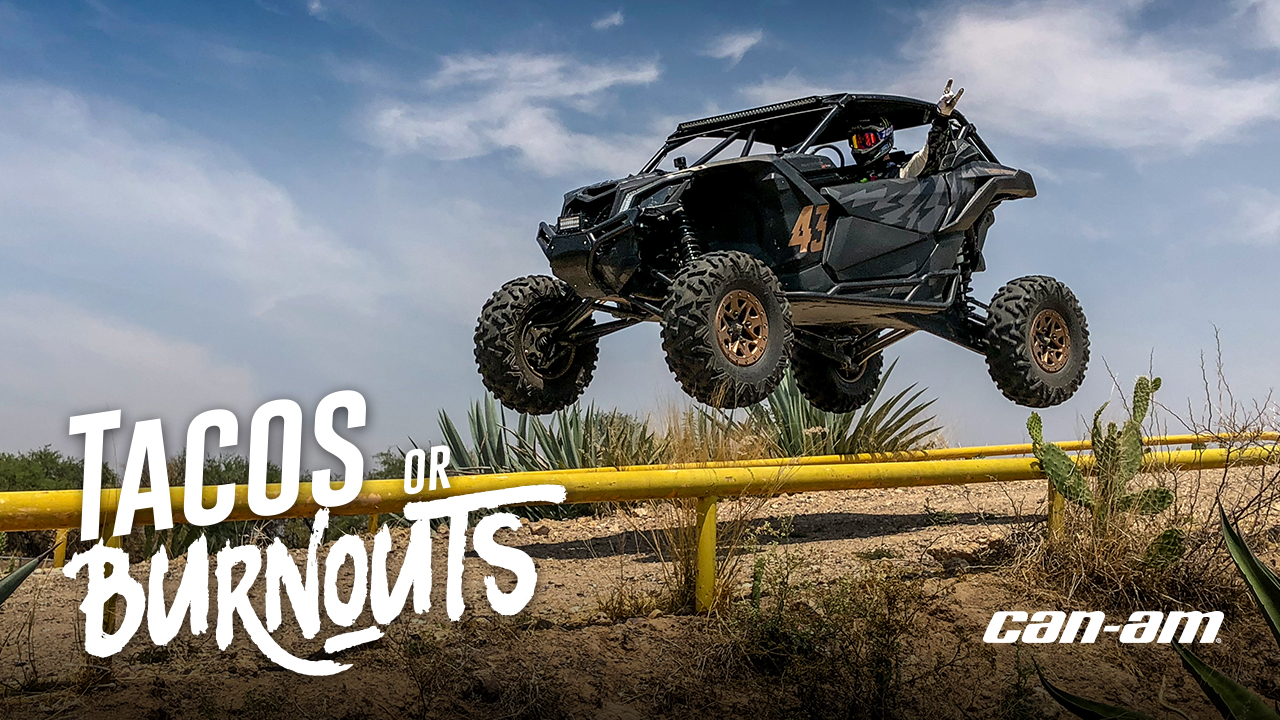 Behind the scenes of the Gymkhana TEN