IRVINE, Calif. – The Professional Bull Riders (PBR) announced that Kawasaki Motors Corp., U.S.A. will be the “Official ATV and Side x Side” of the PBR.

Kawasaki branding and advertisements will be featured during PBR’s television broadcasts on four major networks, along with prominent in-arena and chute signage, as well as PA announcements and JumboTron® spots.

Fans will be able to experience more about Kawasaki ATVs and Side x Sides through special promotions at select PBR events.

“Kawasaki is one of the most recognizable names in powersports, and we are proud to welcome them as a partner,” said PBR CEO Jim Haworth. “They have the best ATVs and Side x Sides, durable enough to be part of our dangerous and hard-hitting sport.”

“PBR is home to the toughest athletes anywhere, so Kawasaki’s equally tough four-wheel products are a perfect match.” said Kawasaki Marketing Director Chris Brull. “This relationship recognizes those complimentary attributes and places our brand in the arenas, where riders and fans can get a closer look at the perfect vehicles for their off-road needs.”

About the Professional Bull Riders, Inc. (PBR)
The PBR is the world’s premier bull riding organization. This year marks the 20th anniversary of the founding of the PBR. In just two decades, the dream of 20 bull riders has become a global sports phenomenon that is televised worldwide. More than 100 million viewers annually watch primetime PBR programming on networks around the world including CBS, CBS Sports Network, NBC, NBC Sports Network, and YouTube. The PBR has awarded over $100 million in prize money and 24 riders have earned over $1 million, including Justin McBride with $5.5 million — the most of any western sports athlete in history. Nearly two million fans attend Built Ford Tough Series and Touring Pro Division events each year. For more information on the PBR, go to www.pbr.com, or follow on Facebook at www.facebook.com/PBR and http://twitter.com/PBR.

About Kawasaki Motors Corp., U.S.A. (KMC)
Kawasaki Motors Corp., U.S.A. (KMC) markets and distributes Kawasaki motorcycles, ATVs, Side x Sides, and personal watercraft through a network of more than 1,200 independent retailers, with an additional 8,000 retailers specializing in Kawasaki power products and general purpose engines. KMC and its affiliates employ nearly 3,100 people in the United States, with 300 of them located at KMC’s Irvine, California headquarters.
Kawasaki’s tagline, “Let the good times roll.™”, is recognized worldwide. For five decades, the Kawasaki brand has become synonymous with powerful, stylish and category-leading vehicles. Information about Kawasaki’s complete line of powersports products and Kawasaki affiliates can be found on the Internet at www.kawasaki.com.

Yamaha Approves 10 New GRANTs in the First Quarter of 2012 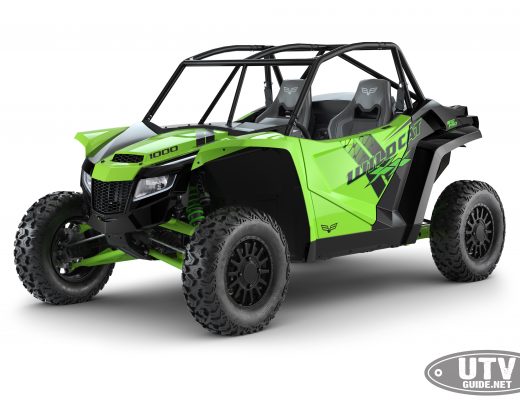