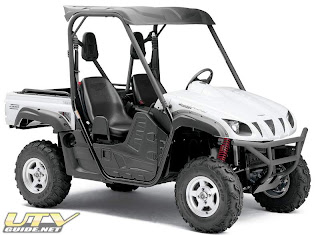 CYPRESS, Calif. – A jury in Montgomery, Alabama today rejected the plaintiffs’ claims and returned a unanimous defense verdict in McMahon vs Yamaha, a case involving an accident on a Yamaha Rhino. This verdict in favor of Yamaha marks the fifth time that a jury has rejected plaintiffs’ claims regarding the Rhino’s design, finding no defect in the Rhino, and the second in Alabama. In August, a jury in Alexander City, Alabama found for Yamaha in another Rhino trial.
Yamaha is saddened whenever anyone is injured in a Yamaha product-related accident, and we urge all our customers to follow the safety guidelines posted on the Rhino and in the owner’s manual, and to always operate the products in a safe and responsible manner. Drivers and passengers should at all times wear helmets, protective gear including over-the-ankle foot wear, and the vehicle’s three-point seat belts.
The Rhino is a safe and useful off-road vehicle when driven responsibly, and has won virtually every “first in class” award and top safety ratings in independent reviews since its introduction.
Yamaha stands firmly behind the Rhino and will continue to vigorously defend the product.
To learn more about the Yamaha Rhino, visit our website www.truthaboutrhino.com.