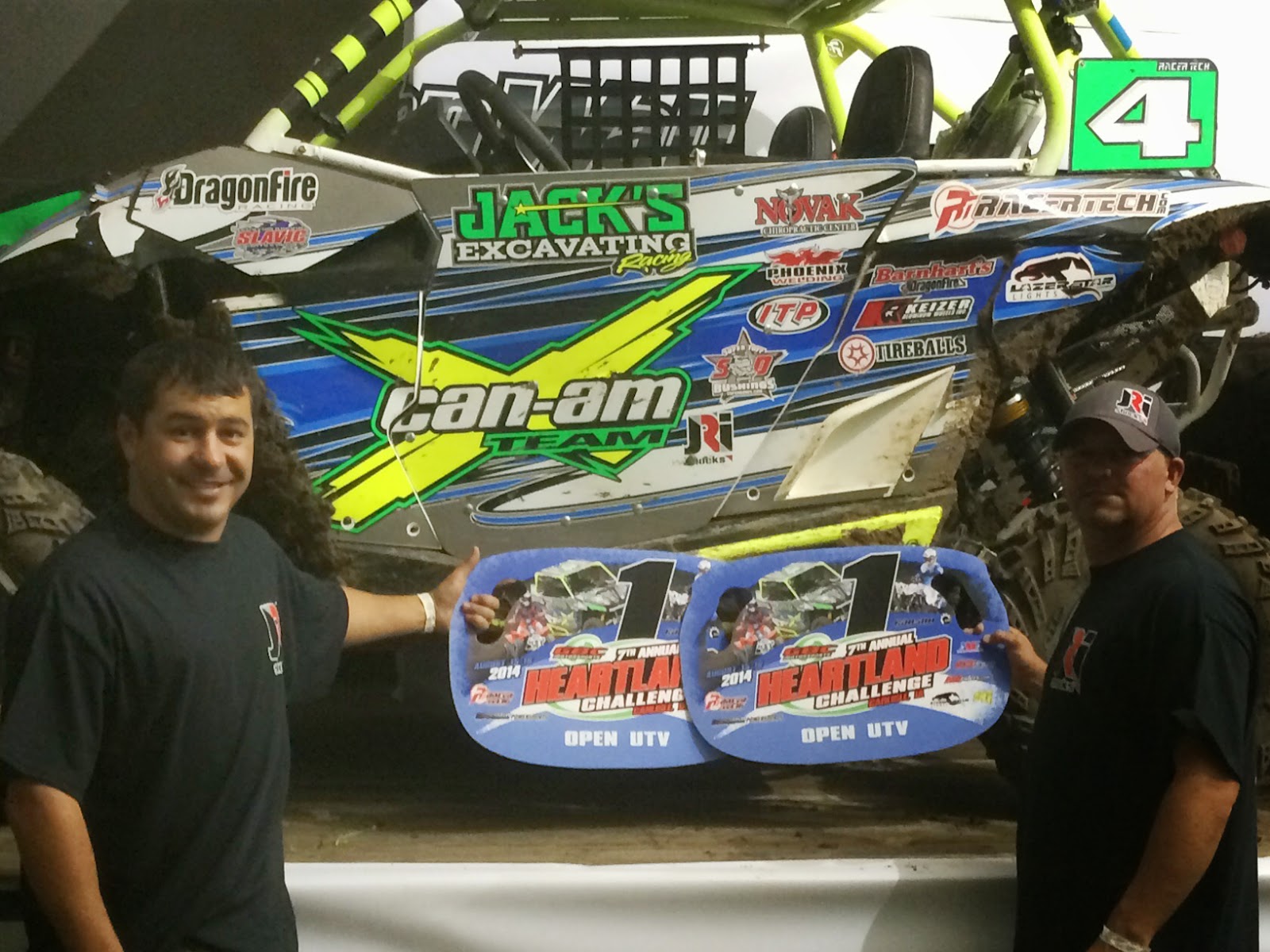 Mooresville, North Carolina (8/18/14) JRi Shocks backed Marcus and Mouse Pratt piloted their Jack’s Excavating/Can-Am Maverick to the overall win in the open production class at the 2014 Heartland Challenge. The Heartland Challenge is quickly gaining momentum as one of the premier, stand alone side by side races in the country, with attendees traveling from all over the country to compete in the four hour endurance race.

The unique format of the race can truly test the limits of both man and machine. Racers compete for two hours in the daylight and two hours in the dark as they make their way around a largely, tight, wooded course intermixed with a motocross section as well as the Racertech UTV Challenge section littered with tires, rocks and downed telephone poles.

The green flag waived at 7pm with a total of 29 Open Class UTVs tearing toward the first turn. After a first turn hang up, the Pratt brothers found themselves in 9th place at the end of lap one. Intent on saving the machine, the brothers drove a clean, smart race the entire four hours, moving into the lead on lap eight and never looking back.

“We opted to walk the track which a lot of teams didn’t,” said Marcus Pratt. “You could really tell those that had and those that hadn’t because the track walk really made you aware of the places you needed to be careful.”

The Pratt’s JRi Shocks equipped Can-Am Maverick handled the pounding of the Heartland course the entire four hours without fading in the slightest. “The shocks worked absolutely phenomenal,” said Marcus. “We could watch people G-out on certain sections that were just smooth for us. It’s kinda hard to believe the shocks didn’t fade at all during the entire four hour period.”

The Pratt’s earned a $2,000 pay day for their trouble along with the honor of winning one of the more popular UTV races in the country. 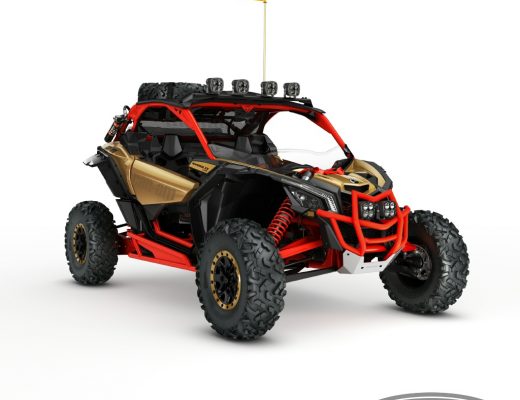 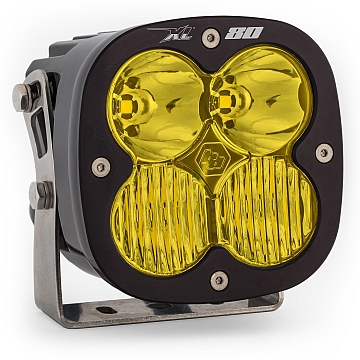