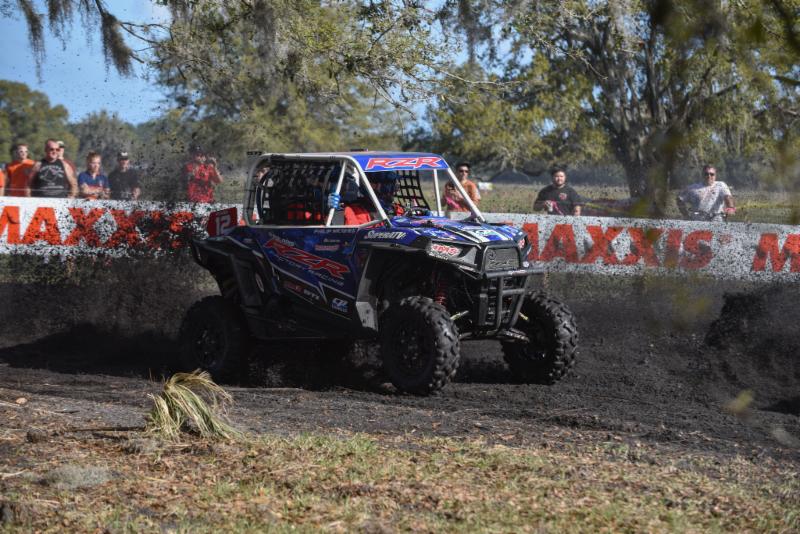 PALATKA, Fla. (March 14, 2017) – The 2017 Grand National Cross Country (GNCC) Series Side-by-Side Championship kicked off on Saturday with one of the toughest tracks of the circuit in Palatka, Florida. Although John Barnes and co-pilot Philip McGhee Jr. had their race cut short due to brutal course conditions, the duo was very pleased to represent an all-new Factory Polaris-backed ride for the 2017 season.

Beginning on row two, Barnes and McGhee were able to quickly ignite the Polaris RZR S 1000 using the Ballistic Battery as they blasted their way into the sandy Florida terrain. Equipped with Elka Suspension, the RZR S 1000 was able to float through the sandy whoops with ease while the STI Roctane tires hooked into the sand to maintain steady traction at the beginning of the race.

About mid-way through the opening lap the course came upon a gnarly set of palmetto roots that would ultimately bring an end to their day. While powering through the rough section, the rear axle nut came down on one of the palmetto roots and loosened itself, which later caused the right rear wheel to disassemble from the machine.

“It was unknown to us at the time until the right rear wheel flew off in a wide-open section about 8 miles later,” McGhee said. “The last resort of protection for the axle nut falling off is a carter pin which sheered off by the axle nut under the extreme whooped-out terrain.”

Despite the unlucky situation, Barnes and McGhee are confident in their factory-backed Polaris Team and the top of the line equipment used on the machine. 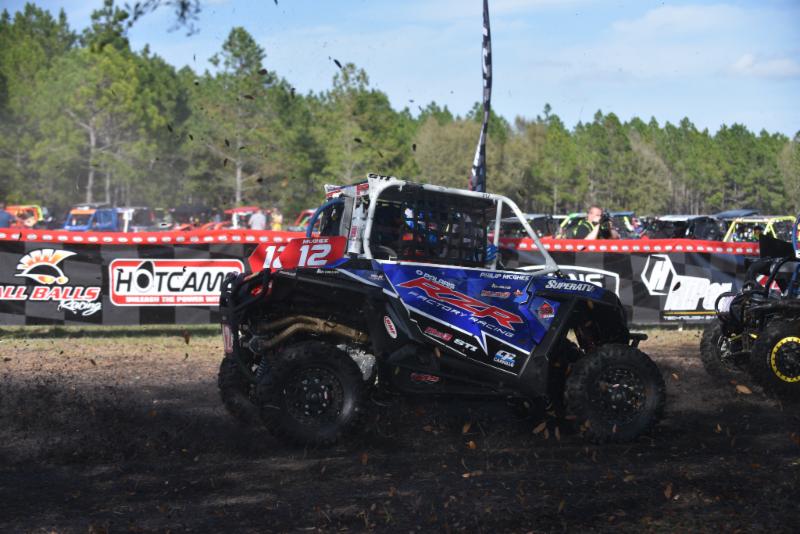 Unfortunately the #12 was only able to complete one lap due to the brutal track conditions. Photo: Ken Hill

Barnes added, “This was the first race as part of the factory Polaris team and the Polaris RZR S 1000 was working really awesome! The Super ATV components were handling the abuse like we were in a stroll in the park and the CP Carrillo Pistons and Rods were providing a competitive advantage out there. The Trinity Racing Exhaust provided great power and exhaust flow. We spent hundreds of hours on this program getting it going since January when we inked the deal with Polaris. Unfortunately freak things happen in racing but we are doing a lot of research and development with testing in preparation for Round 2.” 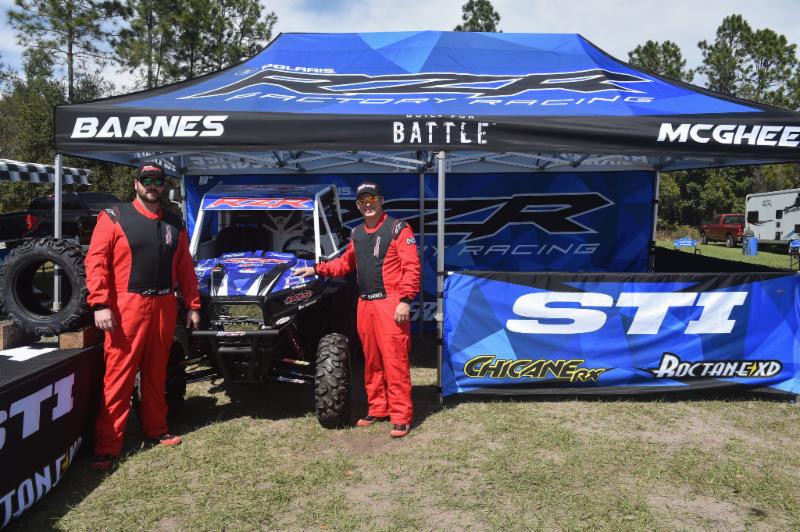 John Barnes and Philip McGhee at the opening round of the GNCC SXS Championship. Photo: Ken Hill