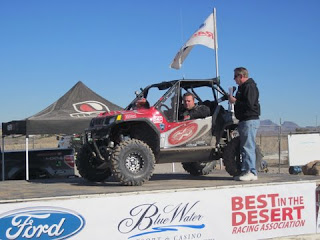 Minneapolis, January 12, 2011 – To open the first Best in the Desert race of 2011, the Parker 250, Jagged X chose to run their champion-winning former project X rock crawler to ring in the new race year. The No. 1919 did what it does best, win!

Jagged X had to overcome a poor starting draw of 12th and 15 other side-by-sides to take the checkered flag. The local rains kept the dust to a minimum and gave Brandon Schueler and co-driver Mike West the ability to pick off competitors one-by-one and finish first.

“We are very pleased to begin the year with a win,” said Bill Schueler of Jagged X. “This season should prove to be a very exciting one and we are excited to debut our new car in April.”

The Jagged X / Polaris Racing team will roll out a whole new race package for the Bilek Racing Silver State “300” in April.

With annual 2009 sales of $1.6 billion, Polaris designs, engineers, manufactures and markets off-road vehicles (ORVs), including all-terrain vehicles (ATVs) and the Polaris RANGER®, snowmobiles and Victory Motorcycles® for recreational and utility use. Polaris is a recognized leader in the snowmobile industry, and one of the largest manufacturers of ORVs in the world. Victory Motorcycles, established in 1998 and representing the first all-new American-made motorcycle from a major company in nearly 60 years, are rapidly making impressive in-roads into the cruiser and touring motorcycle marketplace. Polaris also enhances the riding experience with a complete line of Pure Polaris® apparel, accessories and parts, available at Polaris dealerships.

Information about the complete line of Polaris products, apparel and vehicle accessories, is available from authorized Polaris dealers or anytime from the Polaris homepage at www.polarisindustries.com. 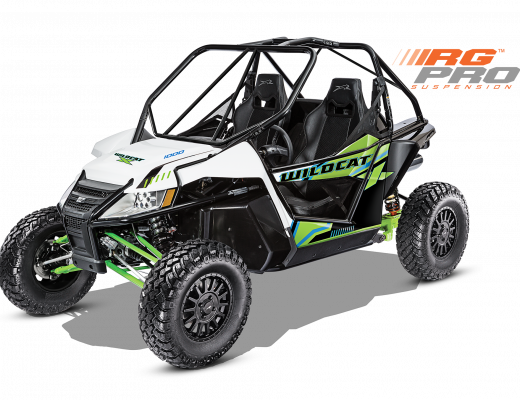