The Jagged X/Polaris Racing number 1919 team was able to pull off another win at the Bilek Silver State 300, in Mesquite Nevada. Jagged X started in second place with a smaller-than-usual field of only five vehicles.

The Mesquite venue was billed as a new race course but the drivers soon discovered that Casey from “Best in the Desert” still had plenty of tricks up his sleeve. Co driver, Blake Van de Loo noted that the course had, “The most silt ever but also was loaded with a huge variety of terrain from 7000 ft pine forest to a trip through the old mining town of Caliente, Nevada, and even some pretty deep water crossings.”

The Jagged X RANGER RZR moved into the lead shortly after the start when the lead car encountered engine trouble. A little more than nine hours later, Brandon and Blake crossed the finish unchallenged to score their third season victory and to further secure the lead spot in the 2008 BITD points chase.

The next BITD race is the Golden West 150 (formerly the AVI 150), in Jean, Nevada, on Oct 25. This is a Quad, Side-by-Side and trophy lite only race and promises to be an exciting event. 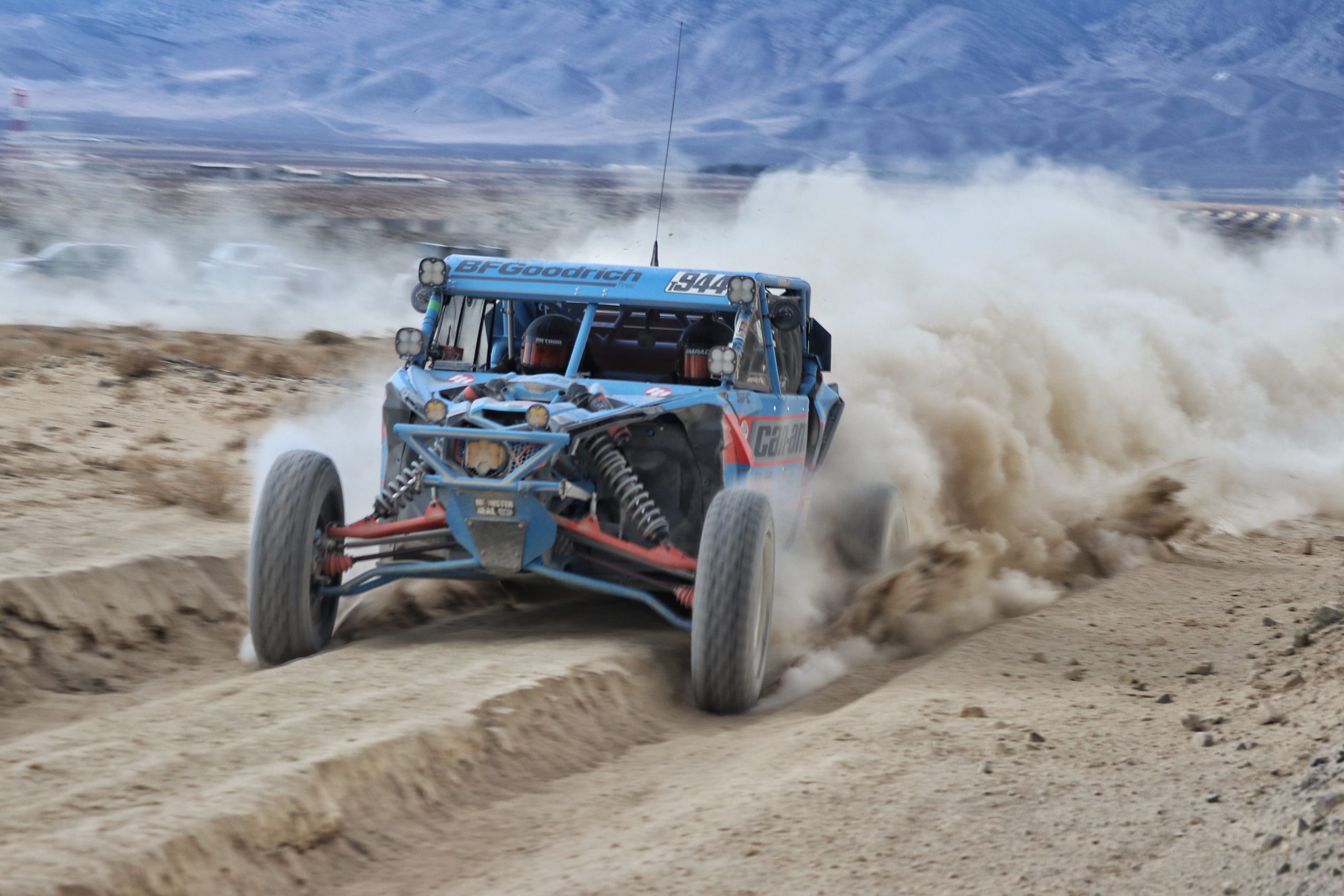