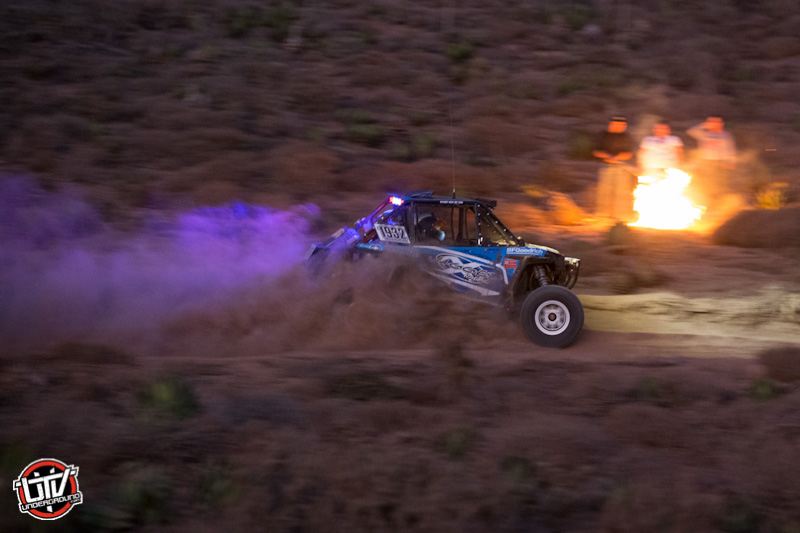 Phoenix, AZ, January 7, 2016 – It was an exciting year for the Jagged X Racing Team in 2015. The team wrapped its season at SCORE with Brandon Schueler in the #1932 claiming a second place podium finish at the 2015 SCORE Baja 1000, earning him his first SCORE championship and the team their second SCORE Pro UTV title in 3 years. In addition to the title, Schueler and Jagged X Racing would also earn a SCORE Toyota Milestone award which is given to teams who complete every mile of every race in that given years season. The #1932 Jagged X Polaris RZR performed flawlessly thanks in large part to the teams awesome sponsors and product supporters.

With the SCORE season wrapped up following Novembers Baja 1000, the team packed up the #1919 Jagged X Polaris RZR and headed to the final race of the 2015 Best In The Desert season. The Henderson 250 has long marked the final race of the season but this years race would also be the last time the Henderson 250 would be ran. Next year it will be moved to Pahrump for a new race so the team had high hopes of winning the final Henderson 250 and do all they could to capture their 7th BITD Pro UTV championship. 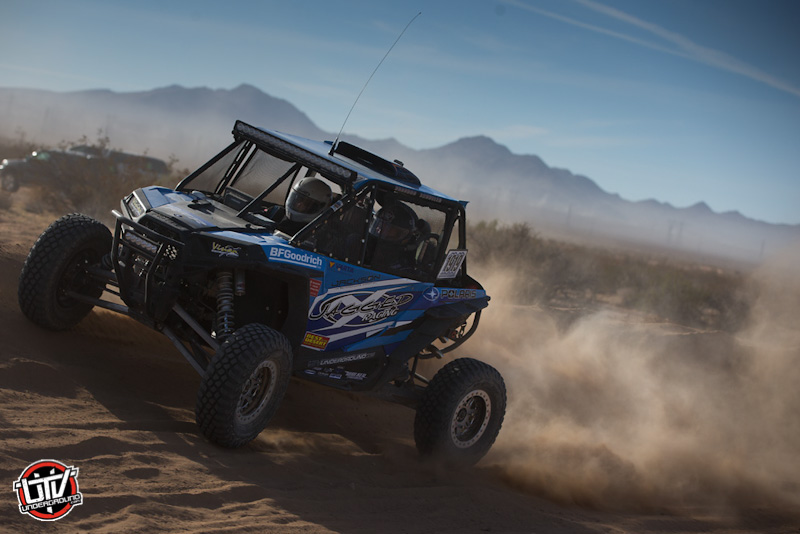 The team would make the trip without hot-shoe driver Brandon Schueler. Brandon had been on standby since the Baja 1000 awaiting the arrival of he and wife Ashley’s first born son. With Brandon on baby watch, long time co-driver and team comedian Blake Van De Loo would take over driving duties. Unfortunately for Blake and the team, the #1919 would battle with mechanicals all race long, leaving the #1919 to finish outside the top 5, something they rarely do. The Jagged X team would however walk away with a top 5 finish in the season points standings.

Despite missing out on yet another title, Brandon and Ashley would win as parents, welcoming the birth of the newest member of the Jagged X Racing team, little Reid Lee Schueler who was born on December 10th. 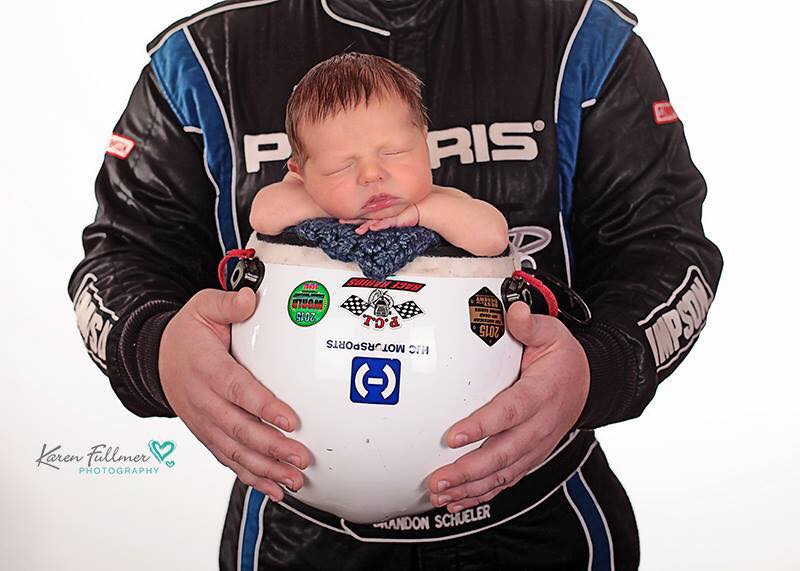 There is not much downtime between seasons. This weekend the team will kick off their 2016 campaign in Parker, AZ at the Best In The Desert Parker 250. Once again Best In The Desert has had to make adjustments to the UTV class structure based on product releases at the OEM level. With the introduction of the Polaris RZR XP Turbo, BITD has decided to add a Pro Turbo class thus splitting away from the Pro Production UTV class creating another pro class for racers to compete in. Jagged X Racing is excited to announce their moving into the Pro Turbo class for 2016 where Brandon Schueler & Co will compete in the all new #919 Jagged X Polaris RZR XP Turbo!

The team will compete for their 7th BITD title with Schueler driving and Blake Van De Loo co-driving and handling navigation duties. The Pro Turbo class looks to take the series by storm and in the first race at Parker will see 17 vehicles compete! 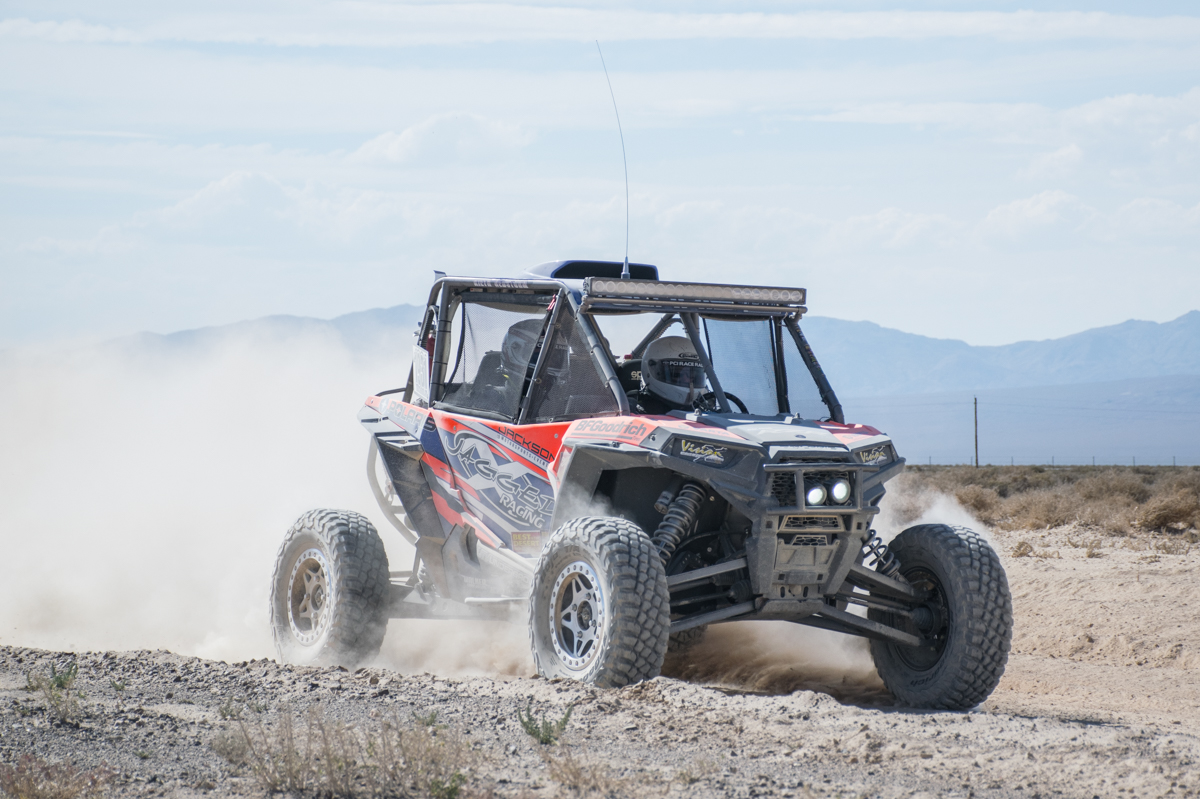 Jagged X Racing will also be heading back to SCORE in 2016 to compete for there 3rd team title in the Pro UTV class. The team is excited to take on SCORE’s jam packed 2016 schedule and will do so by welcoming back team driver Craig Scanlon who had been out of competition since last years BITD Vegas To Reno event. Scanlon, who suffered a shoulder injury during a workout last season, took the rest of the season off to rehabilitate his body. Scanlon got his first taste of Baja 2 years ago and is excited to campaign the new #1932 Jagged X Racing Polaris RZR XP 4 Turbo in the full SCORE season. Scanlon’s long time co-driver and navigator, Keith Redstrom will be along for the ride once again in 2016.

2016 will mark the 10th year for Jagged X as a factory backed Polaris RZR race team. The Jagged X team wants to acknowledge Polaris and thank them for their continued support. Jagged X has won an unprecedented 8 Pro UTV desert racing titles between BITD & SCORE solidifying them as the worlds premier UTV race team. The team is excited to be taking on the season at both series’ competing in the latest RZR offering, the Polaris RZR XP Turbo platform.

Jagged X would like to thank Chad Riccio of CR Designs & Blake Van De Loo of Mountain States Contracting for their unwavering team support and efforts. The team would also like to thank all of their sponsors, without them none of this would be possible!

About Jagged X Racing:
Jagged X Racing is a Phoenix, AZ based off road fabrication and accessory shop focusing primarily on the rapidly growing sport of UTV off road racing. Jagged X currently campaigns entries in both the SCORE and BITD race series’ where they have accumulated multiple Championship titles. Jagged continues to be a leader in the development and promotion of the growing sport of UTV racing.