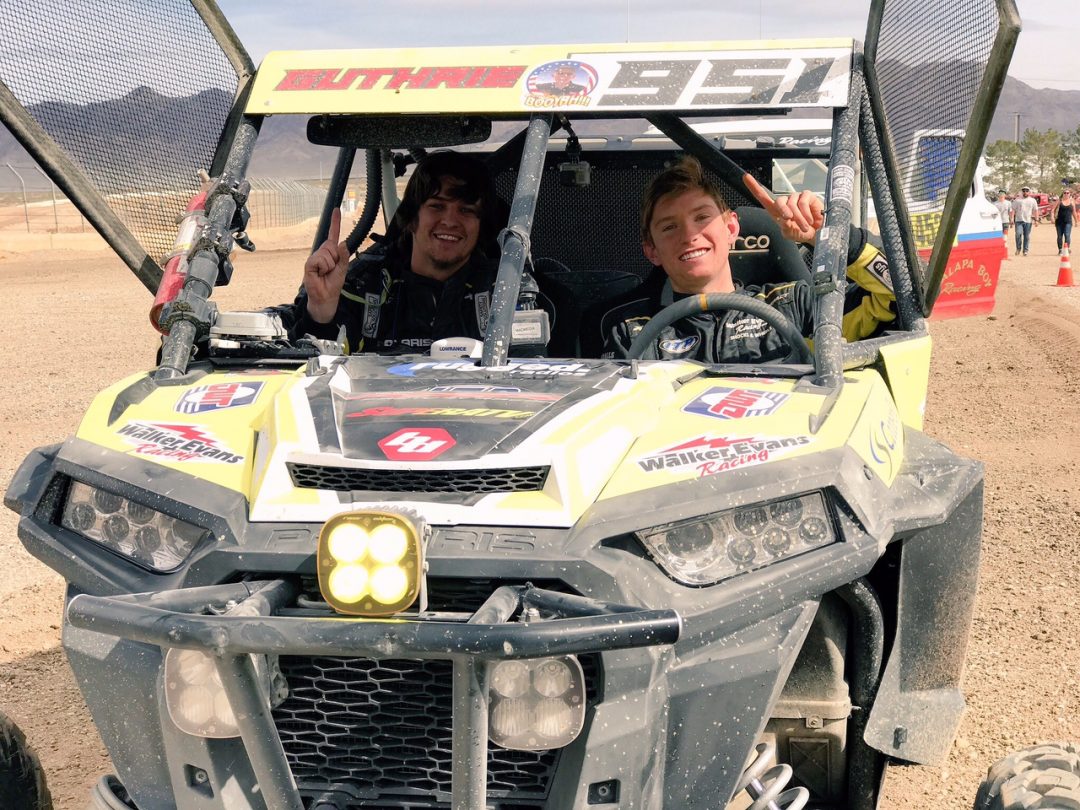 Mitch Guthrie Jr. (left, above) and co-pilot Kurtis Elliott posted a convincing, wire-to-wire victory at the 2017 Best In The Desert Mint 400 race this past weekend in Las Vegas, Nevada. It was the second straight BITD Pro UTV Turbo class win for the 20-year-old Guthrie, who runs ITP UltraCross R Spec tires on his Polaris Turbo.

“The Mint 400 was a brutal race this year and, thankfully, we came out with the win,” stated Guthrie Jr. “Being able to rely on my ITP UltraCross tires was key in getting the win. Getting zero flat tires after racing 350 miles of the roughest, rockiest terrain made for a great day.”

Guthrie Jr. and his co-pilot Kurtis Elliott, who also won the Parker 250 to start the season, continued their winning ways with an even more convincing victory in the rocky desert outside of Primm. Guthrie took off first from the starting line and led the entire race all the way to finish. His overall time 7:09:49.527 was more than 20 minutes ahead of second place.

“Mitch Guthrie Jr. is off to a wonderful start this year, having won the first two BITD races, and doing so with ITP tires,” said Rhett Turpin, Head of ITP Sales at the Carlstar Group. “Our ITP UltraCross R Spec tires continue to be THE perfect choice for success in the challenging desert. We had the top two finishers in Guthrie and the Murrays as well five of the top 10 UTV finishers using our tires. Because of their proven dependability, exceptional versatility and unmatched design, the UltraCross R Spec tires meet the demands of serious racers and recreational riders all over the world.” In their No. 917 Can-Am Maverick X3 shod in 31×9.50R-14 8-ply UltraCross R Spec tires, Derek and Jason Murray started the day ninth off the line and ended up second overall and second in the Pro UTV Turbo class. The Murray’s have now earned 47 consecutive BITD finishes and have also tallied three podiums and two additional top-five finishes in the last six years at the Mint 400, where a podium finish is a highly coveted commodity. Three other ITP-backed teams finished in the top 10 of the UTV Pro Turbo class and inside the top 20 overall against a field of more than 100 vehicles, which was a Mint 400 record. Dave Martinez (UTV Inc. / Polaris) took fourth in the class using ITP UltraCross R Spec tires. Logan Gastel, who finished fifth in the class and seventh overall at the Mint 400, ran ITP UltraCross R Spec tires on his No. 969 Can-Am Maverick X3. ITP UltraCross R spec tires were also the tire of choice for the S3 Racing / Can-Am team of Dustin Jones and Shane Dowden, who finished seventh in the Pro UTV Turbo class and ninth overall. The No. 978 of Dustin Jones and Shane Dowden (S3 Racing / Can-Am) finished ninth overall and seventh in the UTV Pro Turbo class using ITP tires on their Maverick X3.

Up next for team ITP racers is the San Felipe 250, the 2017 SCORE International series opener, scheduled for March 30 to April 2 in San Felipe, Baja California, Mexico. They return to BITD action, April 14-15, for the Polaris RZR UTV World Championship in Laughlin, Nev. 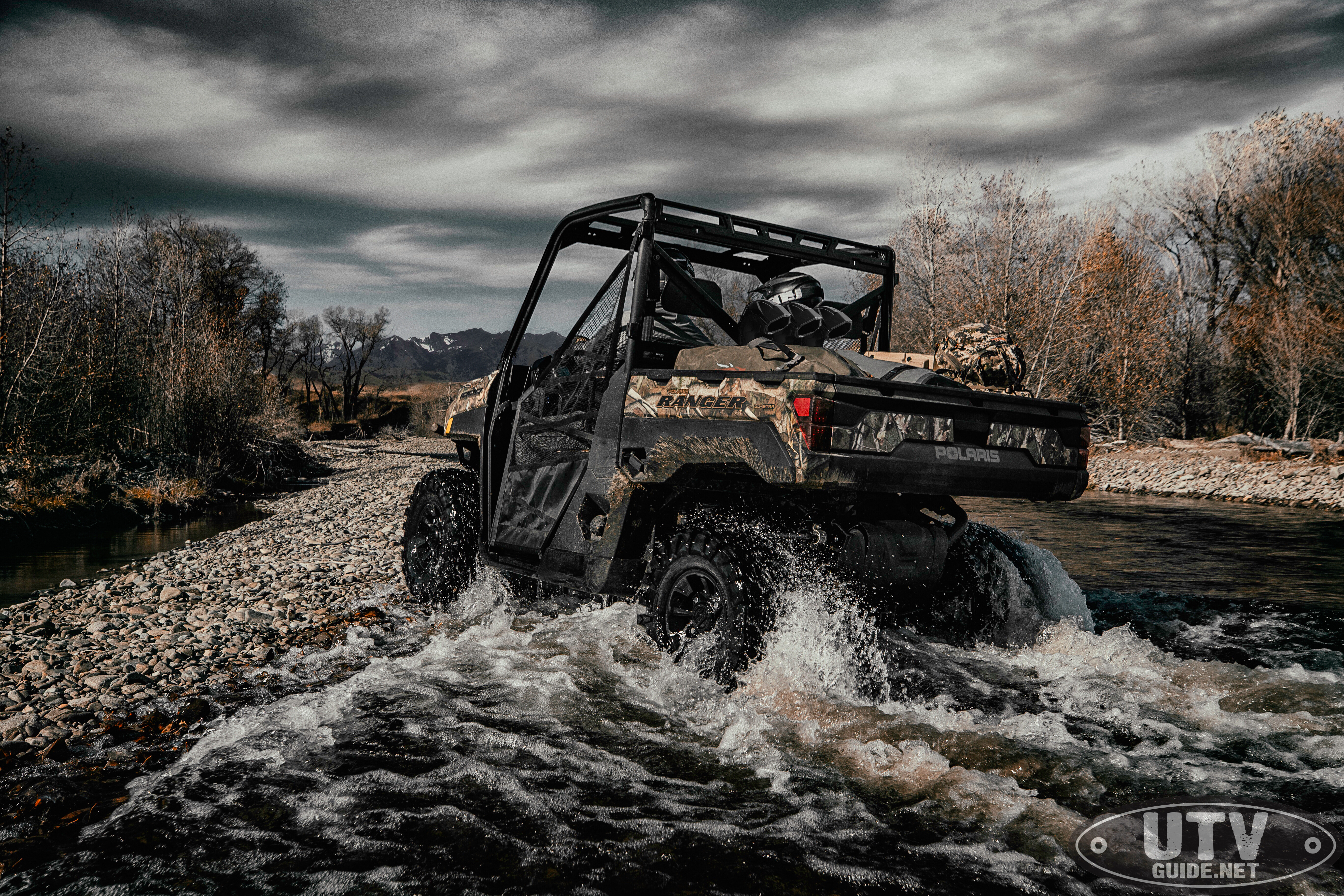 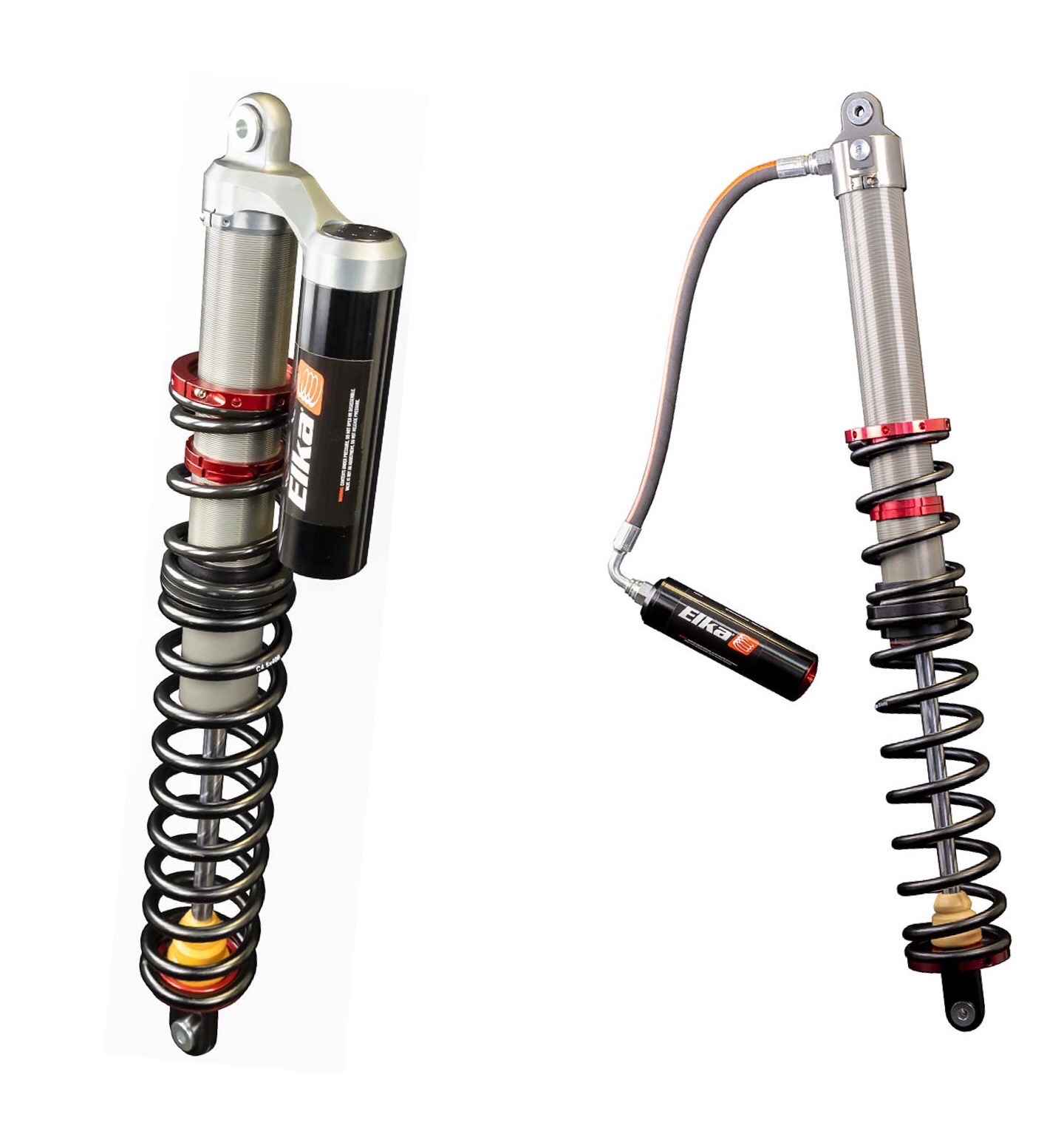