“ITP ATV and SxS racers had an outstanding racing season, winning numerous championships and class titles,” said Rhett Turpin, ITP Powersports Director of Sales & Marketing. “From motocross to the desert to the tight, tree-laden hare scramble courses, our racing team competed for wins all across North America. These major victories, and the other competitive finishes we had in 2015, continue to prove that ITP tires are the brand of choice for those seeking the ultimate traction in their pursuit of a championship.”

Westley Wolfe capped off his brilliant 2015 racing season by winning the XC2 Pro-Am class at the GNCC season finale in Crawfordsville, Ind. While that final-round win in a more competitive class was huge for his resume and for ITP, his three championships were even more impressive. Wolfe won two ATV Motocross national titles running ITP QuadCross MX Pro rear and MX2 front tires on his Honda. He then concluded his year with a class title in College A (16-21) aboard his Suzuki outfitted with ITP Holeshot GNCC tires.

The team also had great success in other forms of racing, winning both Best In the Desert side-by-side classes and taking two endurance titles at the Heartland Challenge in Carlisle, Iowa. GNCC racers, brothers and teammates Marcus and Mouse Pratt won the UTV Pro class at the 2015 event running ITP TerraCross R/T XD tires on their Can-Am Maverick. Johnny Angal and Lacrecia Beurrier, both of whom ran 30-inch ITP UltraCross R Spec tires on their Polaris RZR vehicles, secured their respective BITD class championships with solid consistency. 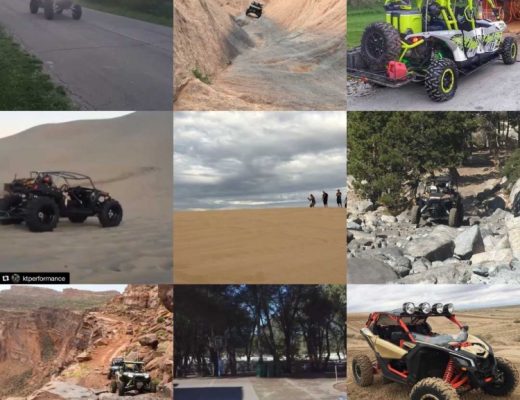