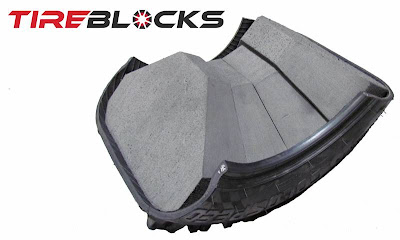 Tacoma Washington (8/26/2013) – Tireblocks, the newest name in run flat technology for offroad vehicles has been dominating the west coast racing scene, leading both the Pro ATV and Pro side by side classes since round one of the popular World Offroad Championship Series. More recently, reigning UTV Pro Production champion Ryan Piplic and Current ATV Pro points leader Beau Baron put their Tireblocks equipped offroad vehicles on the top step of the podium at round seven of the World Off-Road Championship Series.

Tireblocks run flat system for ATV’s and UTV’s is an innovative new system designed to completely eliminate flat tires. Unlike other run flat systems that rely on inflatable cells which can also become punctured and then shift inside the tire, Tireblocks conform to the shape of the tire, allowing the tire to maintain its shape and rigidity even in the event of a puncture.

The blocks are composed of a high-density foam and are coated in a lubricant that keeps the blocks from breaking down, even in instances of extreme heat. Other similar run flat systems tend to disintegrate once the tire loses air pressure. While Tireblocks will eventually break down if not properly maintained, they have a much greater life span than any other tire insert on the market. Tireblocks are not a replacement to air, they are simply a solution for keeping the tire “inflated” in the event of a puncture and allowing a rider to finish a race without having to stop and change the tire.

How well do they work? Well just ask the pros. “Now days, running the speeds that we are with these machines, you can’t run without Tireblocks” says Ryan Piplic, 2012 WORCS Pro Production champion and winner of round seven at Glen Helen Raceway. “It gives you complete confidence on the track. It doesn’t matter what’s in your way, you won’t have to worry about a flat tire.” Along with Piplic, series points leader Beau Baron runs the Tireblocks system in both his H&M Motorsports Polaris RZR XP 900 as well as his Honda TRX450R. For that matter, the entire pro ATV class at WORCS competes on the Tireblocks run flat system. 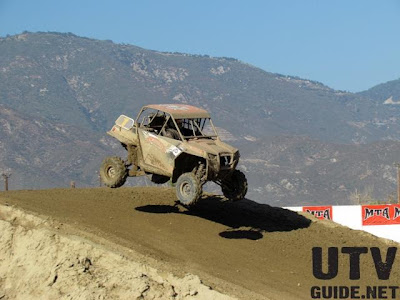 While flat tires are not as common place on the motocross track, many racers have found the blocks provide a smoother ride, deadening the blow of sharp edges and keeping the tire from rolling out in turns. “I’ve actually landed so hard I blew the tire off the bead and didn’t know it until my mechanic pointed it out” said David Haagsma, 2012 Quad X Champ. “We’ve run the blocks without any air in the tire and you can hardly feel a difference between the tireblocks and a properly inflated tire.”

At the recent Glenn Helen WORCS race, flat tires proved to be a major issue for both ATV and side by side racers alike. With so much competition, particularly in the UTV classes, and with so many variables, eliminating flat tires is a must if a racer has any hope of being competitive. Professional and amateur racers alike are making the jump to Tireblocks, reasoning that talent only gets you so far if you’re dragging or pushing a flat tire around a racetrack.

Tireblocks can be purchased direct or from a handful of dealers nationwide. The company currently offers trackside support at all of the WORCS series races and hopes to expand to the GNCC series in 2014. You can find more info on their Facebook page www.Facebook.com/Tireblocks or contact them directly at (360) 951-2903. 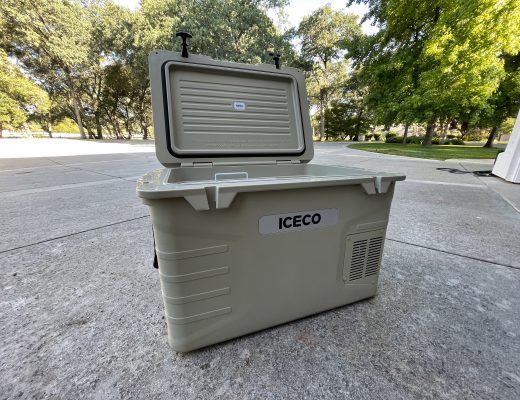 The Countdown To 2012 Polaris Models Continues