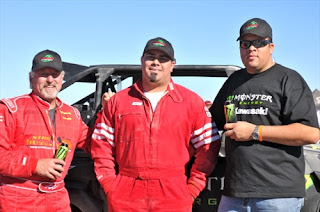 Kawasaki UTV driver Mike Lasher has been involved in side by side racing for a long time and has been known to put his Monster Energy Lasher Motorsports Kawasaki Teryx on the podium a time or two. After a season of ups and downs in 2010, Lasher and his teams have seen their off-season testing paid off with a second-place finish at the first Best in the Desert race in Parker, Ariz. We sat down with Lasher to see what how his new season is shaping up.

Monster Energy Kawasaki: Last year you had a roller coaster season and now you started 2011 off with a bang. What have you guys done to get back on the podium?

Mike Lasher: Last year was a season of challenges to say the least. This is our third year running the Kawasaki Teryx. The first year we ran it mostly out of the box for the season and we were really happy with our results. We just wanted more. So we had a big plan to tear the car down and build it bigger, better, stronger. Well, we changed from a carbureted motor to a fuel injected motor and that just put a little wrench in our program. It seemed like at every race, we had something come up.
We would hit the desert every time we could to practice and tune things in. It all came together in Parker. We wanted to win, but I’m extremely happy with the second place and I know we can build our program from here. 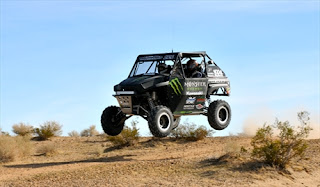 Monster Energy Kawasaki: What does your program look like for 2011?
Mike Lasher: We are going to run the BITD series. They don’t run UTV’s at every BITD round, but it’s still a fair amount of races. We’ve already had the first round at the Parker 250. We’ll do the Silverstate 300 and the Blue Water Grand Prix after that. We will also do the Vegas to Reno in August, the Blue Water Desert Challenge, which is a two day race, and the Henderson 250 in December. Our main focus is the Best in the Desert series, which keeps us pretty busy already, but we are going to fit some other racing in between to keep testing and help get our set-up dialed in. 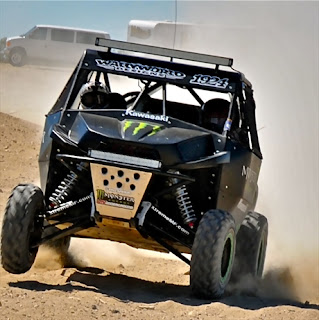 Monster Energy Kawasaki: How well is the UTV class attended for the Best in the Desert series?
Mike Lasher: The UTV class has been in the BITD series since 2005. It was one of the first series to allow UTV’s to race. We’ve been involved since the beginning and have ridden the Teryx as long as it’s been available. We had the first racing Teryx for the series. Parker was the biggest UTV race we’ve had since it’s started with 18 cars lined up on the start. I’d say an average race in somewhere in the 10-12 mark. We are hoping to see the increase from Parker continue at the next round in April. It’s great to see that many cars out there. It’s not a cheap form of racing, but I think it’s definitely thrilling enough to attract a lot of people.

Monster Energy Kawasaki: How much goes into your car from when you get it out of the box?
Mike Lasher: Our first year we didn’t do much and it was good. Out of the box, the engine is super reliable and we didn’t have any issues. But we knew that if we wanted to run up front and be competitive, we really had to be able to take it up a notch. Now we are working really close with Muzzy’s to get us where we need to be. Another thing is the development of the suspension package. We tried to do simple blot-on product in the beginning to showcase the aftermarket options and it worked great for the short races. Unfortunately, when it came time for the long races like Vegas to Reno, the shocks had a hard time keeping up. We have it figured out now and have great sponsors backing us.
Monster Energy Kawasaki: Speaking of sponsors, it seems like you need a great group of supporters behind you for this to all go smoothly. Anyone you would like to acknowledge?
Mike Lasher: Definitely. It’s awesome to have the backing of a great company like Monster Energy. Also, I’d like to mention GBC Motorsports who is our tire sponsor. We’ve had phenomenal luck with their tires. Another great sponsor we have is Walker Evans for our shocks and wheels and XMF (Xtreme Machine & Fabrication) for our suspension. 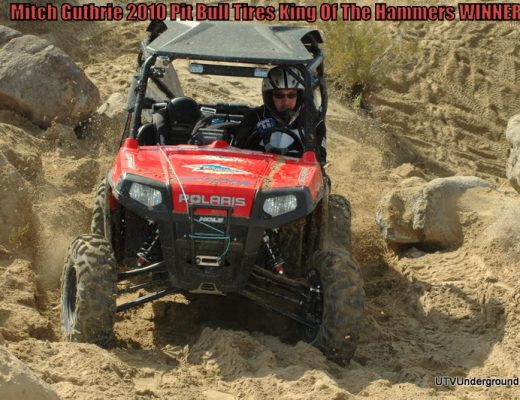 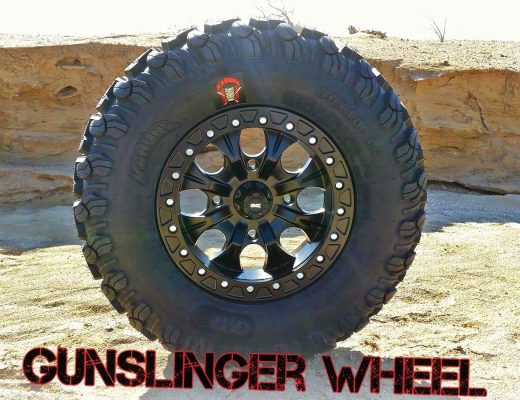 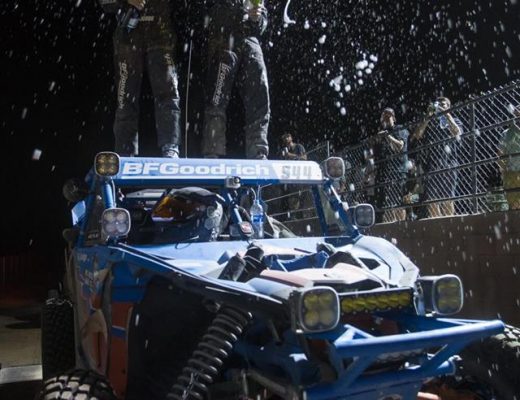