In Production Turbo, Anderson was challenging for the lead when, in a true show of sportsmanship, he stopped to check on Mike Gardner, who had flipped several times on the course. Once help was on the way, Anderson resumed his charge and scored an impressive third overall and second place finish in the Polaris RZR XP Turbo just over a minute behind the overall winner.

“Man, what a gnarly race,” said Anderson. “Dusty is an understatement. It was crazy what we went through in the end. I started on the second row and drove through traffic to finish second. This is huge leaps and bounds over last year. I learned a lot. I didn’t make any stupid mistakes. I had to stop and make sure Mike was all right. I’m glad to hear he’s ok.”

In the Production 1000 Class, Holz was attempting to shake off the bad luck that had plagued him early in the season. He overcame an early flat tire to record a podium finish.

“I got to the front really quickly, got a flat tire, fell back, and drove back to third,” said Holz. “I didn’t really battle anyone…I just blew by them. It was really fun. All the parts are still straight and everything worked well, so it worked out well. I had some bad luck the last few races, so I’m glad to pull out a clean one.”

We are also happy to report that Mike Gardner was able to talk away from his serious wreck without any injuries beyond a concussion.

Both Anderson and Holz will be back in their drivers’ seats this coming weekend for round three of the WORCS series at South Point Casino in Las Vegas on February 26-28th.

BRP to Produce Specialized Motorized Vehicles Based on Commander Platform 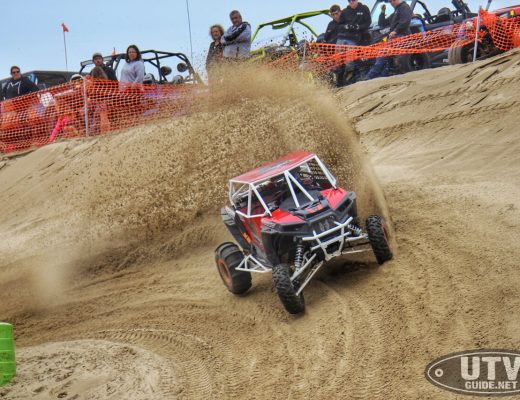