Lynden, WA (May 8, 2009)- Holz Racing Products (HRP) and Kroyer Racing Engines (KRE) have announced a newly formed relationship which will bring the race dominating and reliable horsepower of Kroyer Racing Engines to the latest in Ranger RZR UTV performance offerings at Holz Racing Products. The relationship was announced after several months of testing and race wins by HRP owner Mark Holz in the World Off-Road Championship Series (WORCS) with his Kroyer Racing Engines powered RZR. Holz Racing Products will be the exclusive distributor for all KRE side-by-side related products.
The trophy case at Kroyer is impressive to say the least with nearly 10 years of proven, reliable horsepower, resulting in more than 30 titles in SCORE, Best-in-the-Desert and CORR competitions. Kroyer has also been recognized as a five-time NASCAR Engine Builder of the Year with three NASCAR West Championships to their credit.
“Partnering with Kroyer allows us to deliver simply the best performance products for our RZR customers,” said Mark Holz. “We’ve been testing many of the engine configurations in our race RZR this season and the results speak for themselves.”
Indeed, the KRE powered HRP Polaris RZR piloted by Mark Holz has captured 3 out of 4 wins in WORCS races and is leading the point battle; Holz also recently won the Terrible Town Best-in-the-Desert 250. Further proving the championship caliber of Kroyer Racing Engines, the KRE powered Walker Evans Racing Polaris RZR driven by RJ Anderson has also won 2 out of 3 M4SX events this season.
“We’re very excited about teaming up with Holz,” said Kevin Kroyer, owner of Kroyer Racing Engines. “Holz Racing is recognized as a leader in the Polaris RZR market for his suspension and chassis technology. Now together we can offer his customers an assortment of proven engine performance parts.”
Bolt-on performance kits for trail and race applications, as well as stand-alone performance add-ons are scheduled to be available through Holz Racing Products in early June.
Stay tuned to the Holz Racing Products website at www.holzracingproducts.com for the latest news and performance offerings from Kroyer Racing Engines. You can also learn more about Kroyer Racing Engines at www.kroyerracingengines.com.

About Holz Racing Products:
For the past 10 years, Holz Racing Products has engineered and extreme tested the finest quality, most effective performance parts available for UTV, ATV and snowmobile applications. Manufactured in the USA and race tested around the world, HRP leads the field in Polaris RZR accessories and performance products. For more information visit their website at www.holzracingproducts.com or call 360-398-7006. 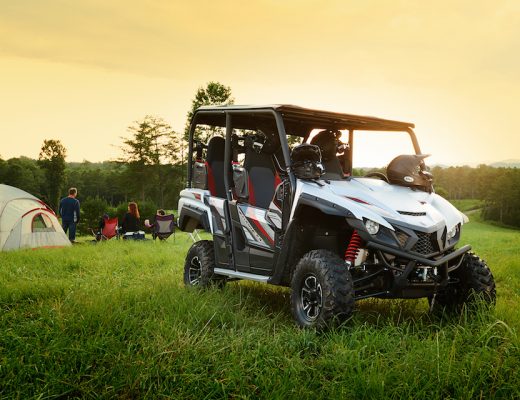 Room for Four in the All-New 2018 Yamaha Wolverine X4

XMF Long Travel Systems on sale for the Holidays