Holz Racer Beau Baron Gets it Done at WORCS Round #2

Lynden, Washington (February 12, 2014) – The 2014 WORCS series headed for Primm, NV and Buffalo Bills Resort for Round #2. WORCS continues to draw record numbers for the UTV Class and Round #2 was no exception — with over 80 cars ready to do battle.

In Pro SXS, RJ Anderson and his #37 Holz/Walker Evans/Polaris RZR XP 1000 was looking to back up his round one win. While Beau Baron was ready to redeem himself after his rough start to the season and sporting a #1 plate on his Holz/Maxxis/Polaris RZR XP 1000.

From the holeshot to the checkered flag, RJ and Beau went at it. RJ had the mixed track covered – he blitzed the short course, mx track, desert section and road crossing – leading from wire-to-wire. All the while Beau kept his head down and charged. And when the checkers flew he ended up taking the win on corrected time, with an elapsed time of 48:34.965. For the second race in a row, RJ posted the fastest lap of the day with a 9:45.139 but had to settle for a second place finish.

“This is amazing. The car count out here, the level of competition — UTV Racing continues to grow across the country. It’s great working with the racers and building cars that win at all levels — and in all the major series: BITD, WORCS, GNCC and DAKAR.” said Mark Holz.

In SXS Production 1000, Ronnie Anderson was looking to build off his opening round second place finish. The Walker Evans/Holz/Polaris RZR XP 900 was sporting new red, white and blue graphics from Utendorfer Graphic Design. Ronnie drove a solid race and finished the five lap race in 51:46.099, just 8 seconds away from a podium spot.

Holz Racing Products — and the entire UTV race community — were thrilled to see long time racer and friend, Josh Frederick back on the track. Last March, Josh suffered a crash while racing ATVs at the Lake Havasu Round of the WORCS series. The crash left Josh paralyzed from chest down. After almost a year of hard work, he was back on the starting line, behind the wheel of his Holz-equipped Can-Am Maverick – complete with a custom-built steering wheel with integrated throttle. Josh is getting comfortable with the car, and was turning some solid laps. Watch for the #603 to be back on course again soon.

The 2014 season is starting to hit it’s stride with all the series’ starting to ramp up. Next up, RJ Anderson and teammate Beau Baron will head to Lake Havasu City, AZ for Round #3 of the WORCS Series with their HRP/Polaris® RZR® XP 1000s. The Holz/Coastal RZR® XP will head back for some testing & development and be ready for the Best in the Desert Mint 400 on March 14-16th in Las Vegas, NV. And the Coastal GNCC team will spend the next few months developing new Polaris® RZR®s for the season opener at The General in Washington, GA on March 15th.

Incorporated in 1995, Holz Racing Products has since been designing, innovating and manufacturing the highest quality and best performing suspension and chassis components in the industry. Our commitment to quality and our no-compromise design philosophy is what keeps Holz at the leading edge our industry; Performance and function first.

We pride ourselves on ensuring all Holz Products are of the highest quality anywhere. Each part is thoroughly tested and race proven in some of the harshest conditions. Made in the USA quality; Superior tig weld construction and the use of only premium materials = durability. Holz also offers premium product from other manufactures for a one-stop shopping experience. Each brand is hand-picked based on our personal experience using each product.

At Holz, we never compromise and neither should you.

New GT Bench Seat from PRP for the Polaris RZR 4 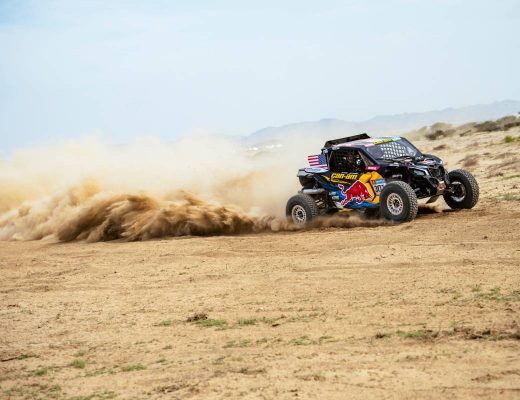