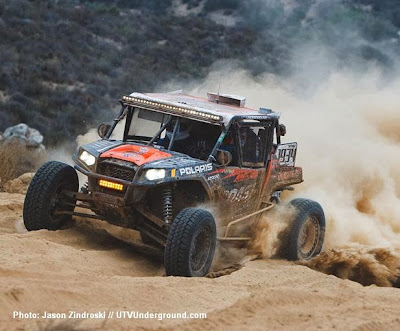 Lynden, Washington (November 18, 2013) – After 27 hours, 16 minutes and 883 miles of abuse through the toughest terrain Baja had, the Polaris RZR XP 900 of Holz/Coastal Racing claimed a class win and helped prove the point that the newly formed Pro UTV class is the real deal.

Although the Holz/Coastal team are familiar faces in the Best in the Desert series, the team boss, Scott Kiger, thought about taking their show on the road — and head south of the border to compete in SCORE International’s PRO UTV class for the 46th running of the Baja 1000.

Everyone knows that to succeed in desert racing you need great equip­ment, great planning and great personnel. To pull off a race of this magnitude, prep and planning are taken to a whole new level. Looking at maps, calculating fuel mileage, planning pit stops and pre-running are what it takes. Mark Holz put together a solid plan – and enlisted the help of a Baja veteran… Randy Anderson from Walker Evans Racing. Randy shared his advice on the team plan along with sharing his son, RJ Anderson. RJ is a RZR racing legend, current Holz WORCS racer along with being the 2012 Lucas Off-Road Pro-Lite champion.

The team arrived in Baja and split up allowing each driver to pre-run their section and get familiar with what they had in store. From rock strewn summit crossings to door deep silt beds, the Baja course was brutal before the race even started.

By the time Class 19 (Pro UTV) started at 11am Friday morning, all the Trophy Truck and Unlimited classes had taken to the course. They turned what was an already unforgiving beast of a course into 883 miles of absolutely obliterated rock, sand, silt and even some mud.

Car builder and driver, Mark Holz started fifth and headed out through the wash and streets of Ensenada. Picking off UTVs, cars and trucks and settled into a conservative pace. After clearing the summit, ca­tastrophe struck as the left rear wheel past the car at 50+ mph. After repairing broken wheel studs on course, the 1934 was back underway to the lake bed to replace the failed hub.

From RM 209 down through Coco’s corner and onto RM 380, Scott Kiger was in the Polaris RZR XP 900 and looking to make up some of the nearly hour of downtime. Kiger handed over the RZR to RJ Ander­son and he headed for the bottomless silt beds on the southern end of the course. RJ’s pre-running paid off as he continued to make up the early downtime.

At RM 567, Holz got back in the car and headed out into the darkness at 4am on the heels of Beau Baron in the Polaris RZR of Jagged-X. For 50 miles Holz closed but couldn’t make the pass. Headed into a wash Holz chose an either/or and got ahead of Baron and got clean air.

With the sun up, the #1934 was making time to Colonet. RJ got back in the car and headed over Mike’s Sky Ranch and to RM 780 for the final driver change.

Kiger was in for the last 102 miles to the finish. With a lead over the #1932 of Jagged, the chase crew stopped Kiger at Ojos for a quick visual on the car. Proving it’s never over til it’s over, Kiger suffered an axle failure 30 miles out from the finish. The call was made to run it in. While the remaining crew waited at the Tecate finish line in Ensenada. Waiting and pacing, the crew – and the crowd erupted as the orange and black Polaris RZR rounded the corner and cleared the checkers.

The wait was on. Holz/Coastal needed to cover an 8 minute corrected time advantage from Jagged’s rear start. 32 minutes later, the #1932 crossed the line and gave Coastal an unofficial win by approx. 24 minutes.

Thanks to the chase crews and sponsors that made this win possible. Team work is what it took and couldn’t have been done without Polaris, Walker Evans Racing, Kroyer Racing Engines, BF Goodrich Tires and Utendorfer Design.

The HRP UTV Racers add this monumental win to a season filled with WORCS and GNCC championships. Mark Holz and Scott Kiger’s Coastal/Holz RZR XP will head to Henderson, NV for the last round of the Best in the Desert series – The Henderson 250 on December 6th. 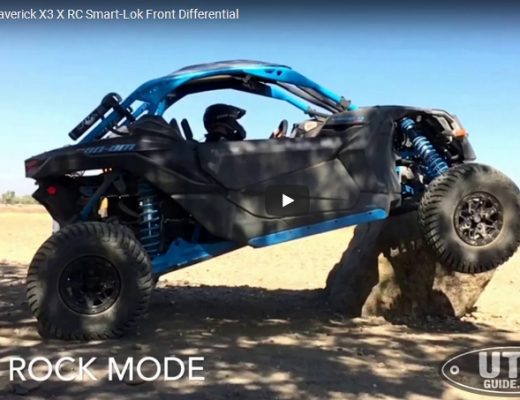