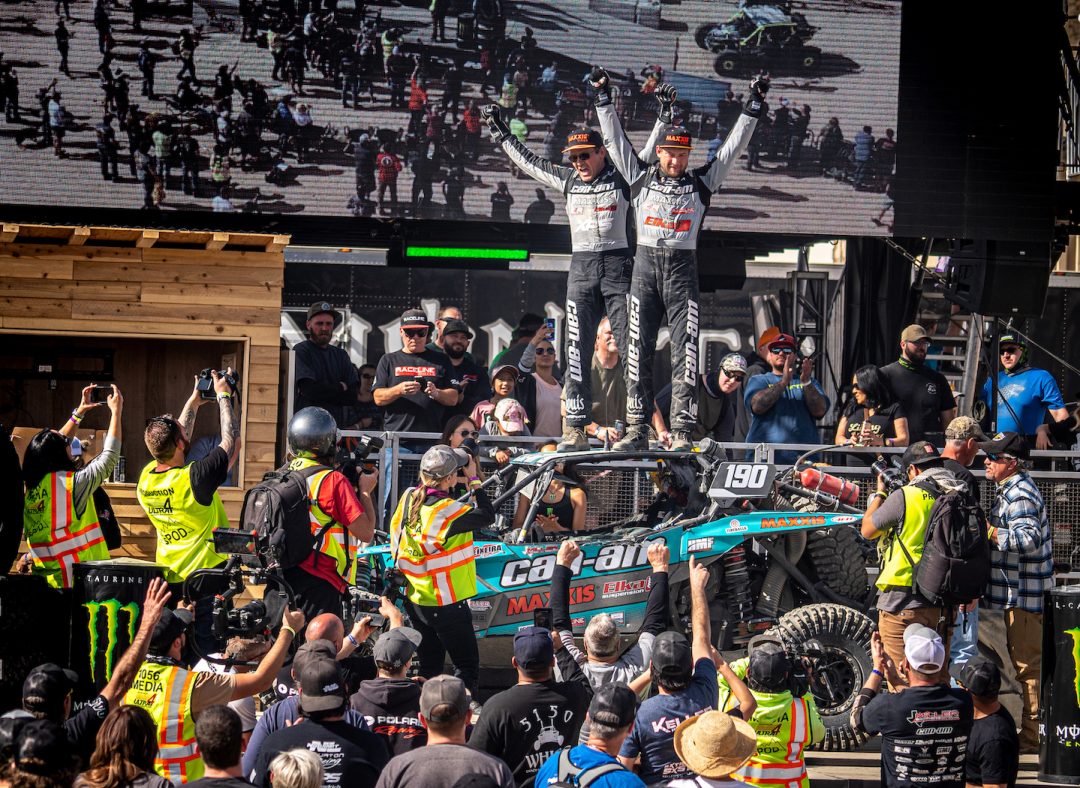 From 2009 through 2012, the UTV race was mostly a 60 mile or less desert run sprinkled with one or two easier rock trails (Sand Hill and Elvis were staples back then). Then 2013 was a hallmark year for the UTV race. Cole said he wanted a course that warranted the name “King of the Hammers – Toughest one day race on the planet”. The race bumped up to over 100 miles and hit up Aftershock, Highway 19/20, JAckhammer, Chocolate Thunder, Upper and Lower Big Johnson and Elvis.  This course wasn’t just a bit harder, it was 10-times harder.

At the end of the day, only three out of thirty-five would finish in the allotted 8-hour time limit. Cole said it was the perfect race. I finished in second place just 16 seconds behind Mitch Guthrie after 8-hours on the course (see 2013 KING OF THE HAMMERS UTV RACE).

The next hallmark year was 2015 when just 5 out of 50 racers finished, and most took 8-hours to do it.  That year included some of the tough trails like in 2013, but also added going up Jackhammer where UTVs had to winch at least twice. It was an incredibly tough course and I was proud to have finished in 3rd place behind Guthrie and Bulloch (see 2015 KING OF THE HAMMERS UTV RACE RECAP).

In 2016 and 2017, the courses were easier than 2015, and racers and vehicles improved.  End result was quick finish times and high percentage of finishers. I raced in 2017 and was back on the podium with the help of my friend Reid Nordin. Waiting for the race start at 2017 KOH UTV Race

In typical Dave Cole fashion, he goes from moderately hard, to ridiculously hard and I cannot wait to be there to witness it.

Did some pre-running for #KOH2018 yesterday with Guthrie Racing, PRP Seats and Walker Evans Racing. Went up Spooners and down Outer Limits. Both of these trails are no joke. We know that Spooners will be part of the course, not sure up or down, but we are thinking it will be up.Check out our race preview and history at: http://www.utvguide.net/history-king-hammers-utv-race/

The official King of the Hammers course map won’t be out until Thursday the week before the race.  The last few years, it has been available for download on CartoTracks.com. This is a great resource because it can be downloaded by racers and enthusiasts on your phone or tablet.

At the live show, they also announce that there were 106 UTV registered to race so far and that number will surely increase. I can easily see a field of 130 UTVs which would make it the largest class at King of the Hammers.  Last year 75 UTVs raced. 85 racers will qualify for starting position on Saturday.

A few new rules for UTVs to be aware of:

A few other things are driving the competition level higher for the King of the Hammers UTV Race.  First off, several of the top 4400 racers are dropping down to also race in the UTV class.  Last year this had a huge impact on the race with Shannon and Wayland Campbell grabbing 1st and 2nd and Erik Miller taking 4th. I have heard rumours of many more 4400 drivers (Gomez Brother Racing may run four UTVs) joining in for the 2018 race as well. Plus there is Robby Gordon racing for Textron and Johnny Greaves among others.

Polaris RZR has dominated the series from the beginning, but I expect Can-Am to be a serious competitor this year, especially with the addition of the new 2018 Can-Am Maverick X3 X RC Turbo (see CAN-AM ADDS FULL LOCKABLE ON-THE-FLY FRONT DIFFERENTIAL TO MAVERICK X3 and CAN-AM MAVERICK X3 X RC TURBO R REVIEW). The Maverick X3 is super fast in the rough terrain, and now has a front differential that is legitimate for serious rock crawling. And don’t rule out the new Textron Off Road Wildcat XX with Dean Bulloch and Robby Gordon behind the wheel.

In closing, UTV racers should expect to use their winch in 2021`. There will be bottlenecks.  There will be carnage. Only a few will finish, so bring your A game!

And for a little perspective, Mitch Guthrie has won the race six times and his son, Mitch Jr. has won it twice. Brandon Schueler, Blake Van del Loo,  Shannon Campbell and Hunter Miller have each won it once.

My History at the King of the Hammers:

2019 King of the Hammers Race Recap Climbing Chocolate Thunder during 2013 King of the Hammers UTV Race Pre-Running for King of the Hammers UTV Race Climbing Aftershock during the 2009 King of the Hammers UTV Race

2020 King of the Hammers Schedule:

KOH WEEK, however, will be something you don’t want to miss. Hammertown opens on FRIDAY January 31, 2020 and closes on SUNDAY February 9th. Why 10 days you ask? The MOTOS ARE BACK plus there will be a massive celebration closing ceremony with live music – presented by Monster Energy – on Saturday night. You really don’t want to miss it. Make your travel plans accordingly.

About King of The Hammers: King of the Hammers is considered the toughest one-day off road race in the world. It is the largest off-road race event in North America in terms of both competitors and spectators. It combines desert racing and rock crawling, and has expanded from one race to a series of 5 races held throughout the week and takes place each February in Johnson Valley, CA. 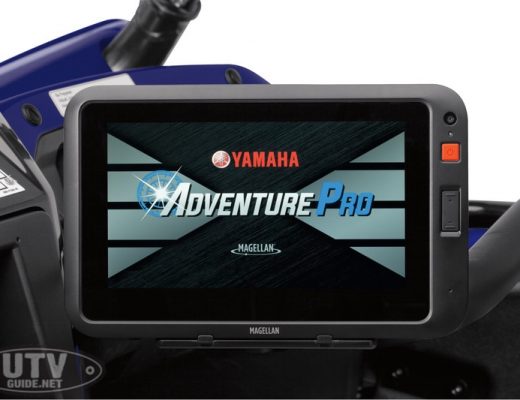