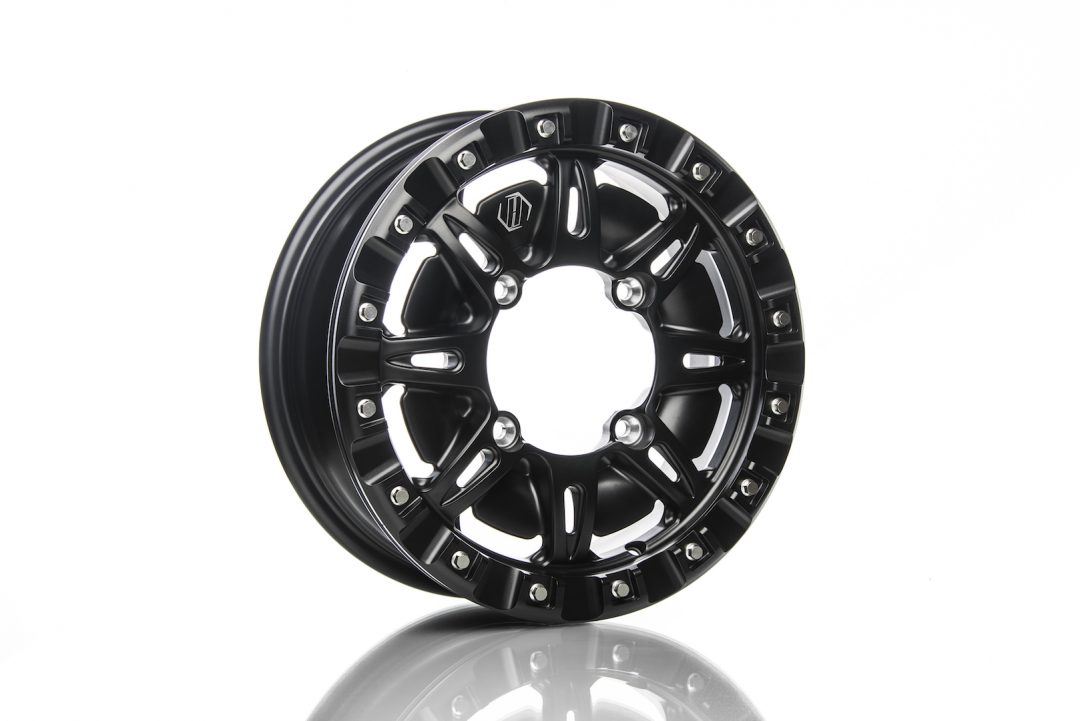 Kansas City, MO. – After a class win in the Baja 500, HiPer Technology by WELD is now shipping the latest HiPer race wheel, the Zer0. The HiPer Zer0 is the lightest and strongest 1-pc race wheel on the market and is designed to handle the punishment of off-road racing.

With racer in mind, HiPer engineers have developed unique features only found in the 15×6 Zer0, including protected bolts, a 6061-T6 beadlock ring, professional grade 1600 pound load rating, and styling designed to protect against rocks and gravel. These features, combined with the aggressive 5+1 (+42mm) offset mean the Zer0 has no equal in the most demanding terrain of the desert.

Using the flow-forming manufacturing process for weight reduction and improved rigidity, the HiPer Zer0 features an industry leading 1600 pound load rating using a 35’’ tire while boasting one of the lowest weights on the market at 16.5 pounds per wheel.

The Zer0 comes in a matte black finish and is optioned in both 4/156 or 4/136.5 bolt patterns for the top UTVs in the market including the Can-Am Maverick X3, Polaris RZR and Textron Wildcat XX.