GUTHRIE RACING – THE UNDISPUTED KING OF THE HAMMERS 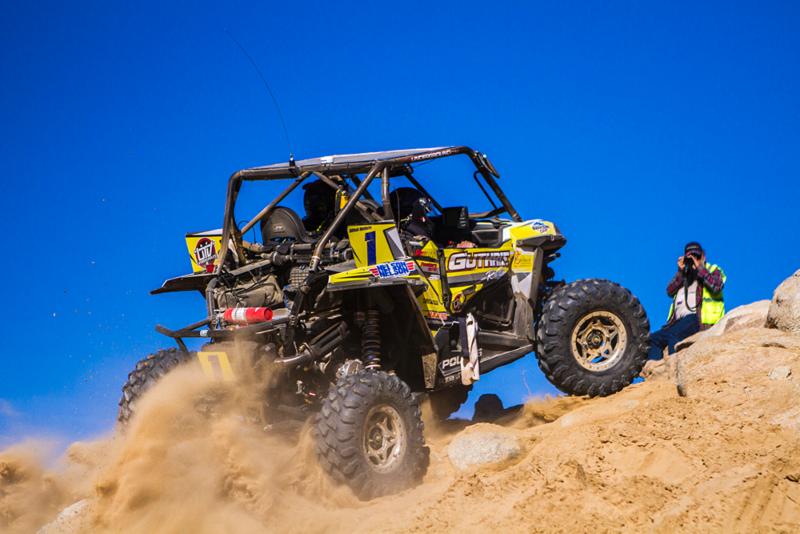 Glendora California – This year Hammerking dropped qualifying for UTVs and went to a draw. For the first year Mitch Guthrie was starting deep in the field. Many talented and capable machines lined up out front and hungry to end his streak.

The first 23 miles on this race are wide open desert. Its critical to be one of the first 4 guys through Crowbar at RM24. A bottle neck here could change the race. One by one Mitch passed machines on his way to the front. The Walker Evans shocks and Nelson&Nelson sway bar kept the RZR planted and predictable in the large desert whoops. Pulling into Crowbar they were 4th. A small bottle neck had formed and they were able to pick a spot. Sims and Miller were out front and Mitch was trailing close in 3rd.

“We passed Miller in the desert, Sims was still out front but we were closing on him fast”. They ripped into the main pit and the crew got them out fast. Thus far they were running a perfect race, no flats or any issues to speak of. Now they were moving into the rock sections and this is where all the prerunning would pay off. Mitch Jr was able to stay planted in his seat while Mitch Sr worked his magic. They caught Sims in the middle of highway 20 and followed him for a bit. They got around Sims on Fisher mountain and moved into first. They held the lead down Sledgehammer and into Jack. In Jack a winch race broke out. Guthrie vs Sims in the great winch off. Sims was able to edge Mitch out over the summit.

Just before dropping into Chocolate Thunder Sims was pulled off with a flat. “We made a pass and moved back into 1st.” They shot right up Chocolate and into Wrecking Ball. At the top our team radioed us that 2nd was out. Guthrie had a 30 minute lead over the 2nd place machine. “We kept a smooth pace and made sure to be easy on the car”. Up and over the sand hill on lap 2 and into Hammertown. Guthrie Racing took the checkered flag and marked the 6th time Mitch Guthrie would be crowned KING for the 6th time. 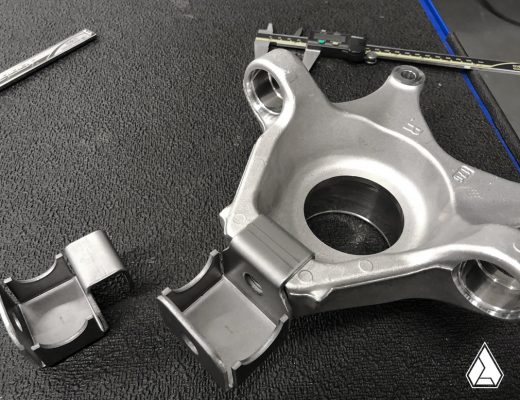