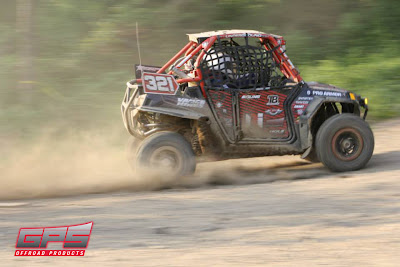 Las Vegas, NV (6/14/2013) – Jerry Boling, a veteran of GNCC racing and a front runner at the UTV Rally Raid series put his GPS Offroad/Tireblocks/SunF Tires Polaris RZR XP 900 on the box this weekend at round five of the Rally Raid Series held at Windrock ATV Park in Oliver Springs Tennessee.

The Rally Raid is a relatively new series that is quickly becoming one of the most popular side by side racing series in the southeastern United states. Unlike most series that travel from state to state, the Rally Raid takes place on the same track at each of the ten rounds. Promoters had such success in the first two years that they divided the series into north and south divisions, each running their own ten race series at a different location. There will be an invite only North verses South Race of Champions event at a date yet to be determined to allow the best of both series to compete for the overall title.

Every race is a four-hour, endurance style format, including two hours in the daylight and two hours at night with no break in between. The side by sides leave the line in pairs every 30 seconds with all three classes competing at the same time. Starting position is determined by a drivers finish at the previous race and scoring is done by adjusted time.

In his second year contesting the series, Boling is a regular at the Northern series and after struggling with tire selection early on, finally has his Polaris XP 900 dialed in. Boling arrived early Saturday morning to pre run the course but a broken axle would cut his practice time short, allowing only enough time to complete a single practice lap.

Boling would start from the third row alongside round one winner, factory Can-Am racer Kyle Chaney. Chaney managed to nab the fastest lap of the day but would break early in the race, ending his day in a hurry. Boling opted to drive fast but cautious enough to ensure that his Polaris XP 900 would make it through the entire four hours, which it did without any trouble. Because the race is scored on adjusted time, racers are more so battling the clock and the course than each other. And the course certainly takes its toll on equipment.

After having some tire issues at previous rounds, Boling switched to Sun F tires with Tire Block’s run flat system in hopes that the combination would serve him better on this extremely rough course. Not only did he manage to run the entire race without a single puncture, but the Sun F/Tire block combo was so much lighter that he was able to gain 10-15 MPH on most areas of the course.

“There was one section I could only manage about 65 MPH at the last race and this race I hit 78 on the same section” said Boling. “I need to make some more adjustments to my JRI Shocks to account for the extra speed but once we do that we should be good.”

GPS Offroad Products teamed up with Boling about midway through the season and is excited to have a representative at the Rally Raid demonstrating the reliability of the tire. “We’re ecstatic to have Jerry put GPS Offroad and Sun F Tires on the box” said Seth Fargher, Marketing Manager for GPS Offroad Products. “We’ve been slower to tap into the side by side market and we’re excited to have Jerry showing the durability of the tire. Matted with the tire block’s run flat system, it’s a combination that’s hard to beat.” 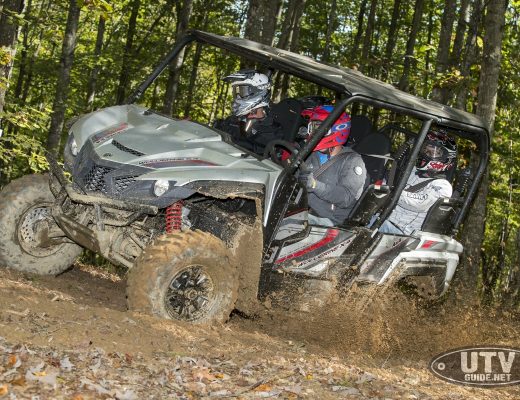 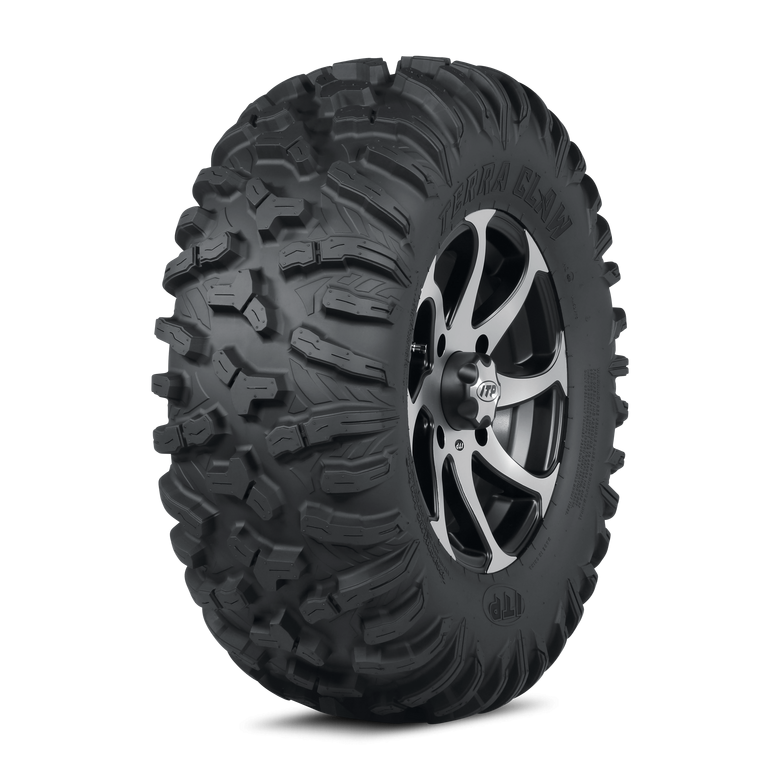