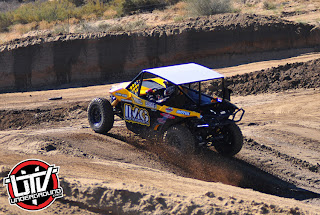 Anaheim, Calif. – June 20, 2013 – GBC Motorsports riders put on a display at Round 4 of the Dirt Series at Cahuilla Creek Motocross in Anza, CA this past weekend. Sunday’s beautiful weather and the round’s special double points format ensured that the racing would be exciting for both fans and competitors.

Kory Ellis led the way for GBC Motorsports with a 1st place finish in the competitive Quad 450 Pro class. After winning the first moto on his GBC Bomb Squad tires, Ellis backed it up with a 2nd place finish in the second moto. Earning twice the points in this special round, the victory pushed Ellis into 2nd place in the class despite only participating in two rounds so far.

In the UTV Unlimited class James Hill took the first moto holeshot but settled for 2nd in the opening moto in his Can-Am Maverick. He followed it up with a 3rd place in the second moto, good for 2nd place overall. Hill’s consistent performances this season aboard his GBC Mongrels have him sitting nicely atop the class. 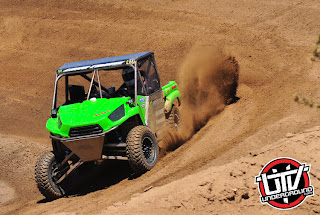 Nolan Remlinger’s set of Mongrels helped him pull both moto holeshots to go along with a moto victory in the UTV 850 class in his Kawasaki Teryx. Remlinger’s 2nd place class finish has added to his comfortable lead in the standings.

The Dirt Series next heads to the Perris Raceway main track on Sunday, July 21. Learn more about GBC Motorsports tires by visiting www.gbcmotorsports.com. Get more racing updates from GBC Motorsports by following us on Facebook, Twitter, and Instagram.