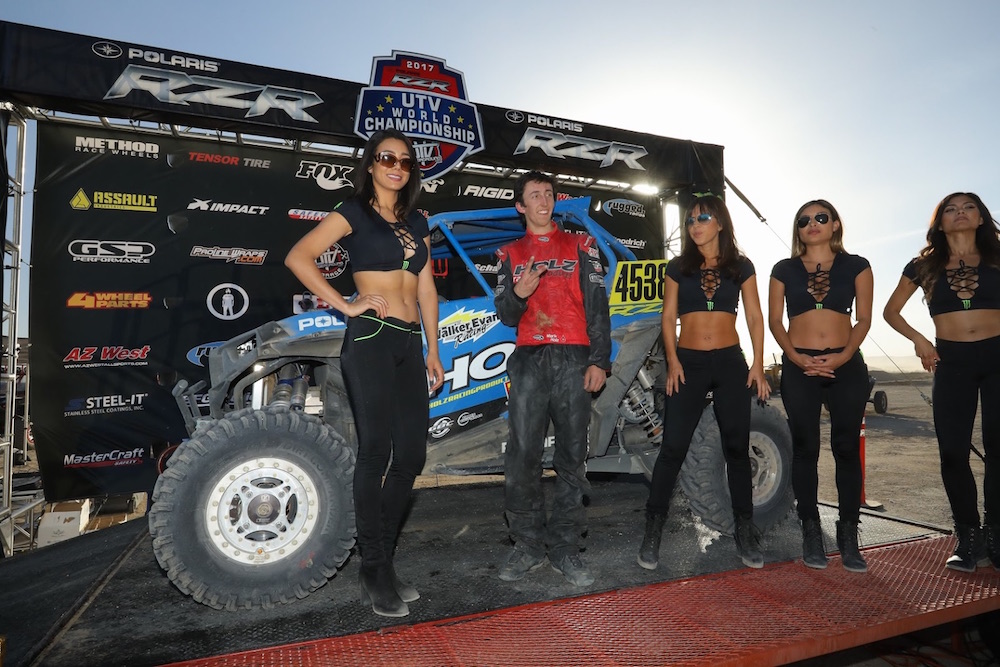 Anaheim, Calif. – April 21, 2017 – GBC Motorsports racers flocked to Laughlin, CA for the Polaris RZR UTV World Championship. As part of the Best in the Desert Series, this special event would feature both traditional desert racing and short course racing, all located just outside the Riverside Casino. All in all, GBC Motorsports was in full force at the podium, represented well in both the pro classes and the production classes.
As the morning light began to illuminate the desert landscape, quads and motorcycles took to the course to start off what would be a full day of intense racing action. Next up, the pro UTV classes headed out for 10 laps on the 16-mile desert course. After 3 ½ hours the first of the UTVs began to come in from their final lap.

Leading the way for GBC racers was the duo of Ben Bischoff and Ian Walker in their GBC-equipped Polaris RZR. Bischoff and Walker took 2nd in the UTV Pro class and an impressive 9th place overall. “The race was brutal,” Bischoff said later. “Racing in desert conditions has its pros and cons if you ask any racer at the UTVWC. We’re just glad to know GBC Motorsports was successful in supporting our riders and their investments.” They were joined on the podium by fellow GBC racers Joe Loomis and Brent Mooy with a 3rd place UTV Pro class finish. The youth classes would take to the course next, and then it was time for production classes to compete for the Short Course UTV World Championship title. More than 100 UTVs headed out for their three laps on the course, and in just under an hour the frontrunners made their way to the finish line. Ryan Holz put together the best run of the day for GBC racers, finishing within a minute of the overall winner and laying down the second best overall time. Holz would claim the 2nd place spot on the UTV Prod Turbo podium after this impressive performance thanks in part to his GBC Motorsports Dirt Commanders.

James Walker secured the number 3 spot in the UTV Prod 900 class, proving his drive and willpower were equally matched. After miles of unforgiving desert and racing combat, Walker emerged unscathed and calmly poised. “I just want to thank all my friends and family for coming out to support me,” Walker said after the race. Standing at the podium arm raised, we got to see Walker in the light he deserved. Another proud moment for us here at GBC Motorsports.

It quickly became evident that GBC Motorsports was the tire of choice for racers in the UTV 700/800 class, and it was Sam Chournos in his Dirt Commander equipped Arctic Cat that led the way with a 2nd place class finish. WORCS Racing standouts Casey Sims and Jacob Peter participated in the Short Course race as well. Sims joined Chournos on the podium with a 3rd place finish, while Peter followed in 4th. Fellow GBC racer Jordan White rounded out the top 5 for the class. All four finished ahead of racers in the premier Prod Turbo class, a testament to the abilities of these young up-and-coming racers. Many of these GBC Motorsports racers will be back in action this weekend as the WORCS series heads to Sand Hollow State Park in Hurricane, UT. Learn more about GBC Motorsports ATV and UTV tires at www.GBCMotorsports.com, and follow us on Facebook, Instagram and Twitter for the latest updates. 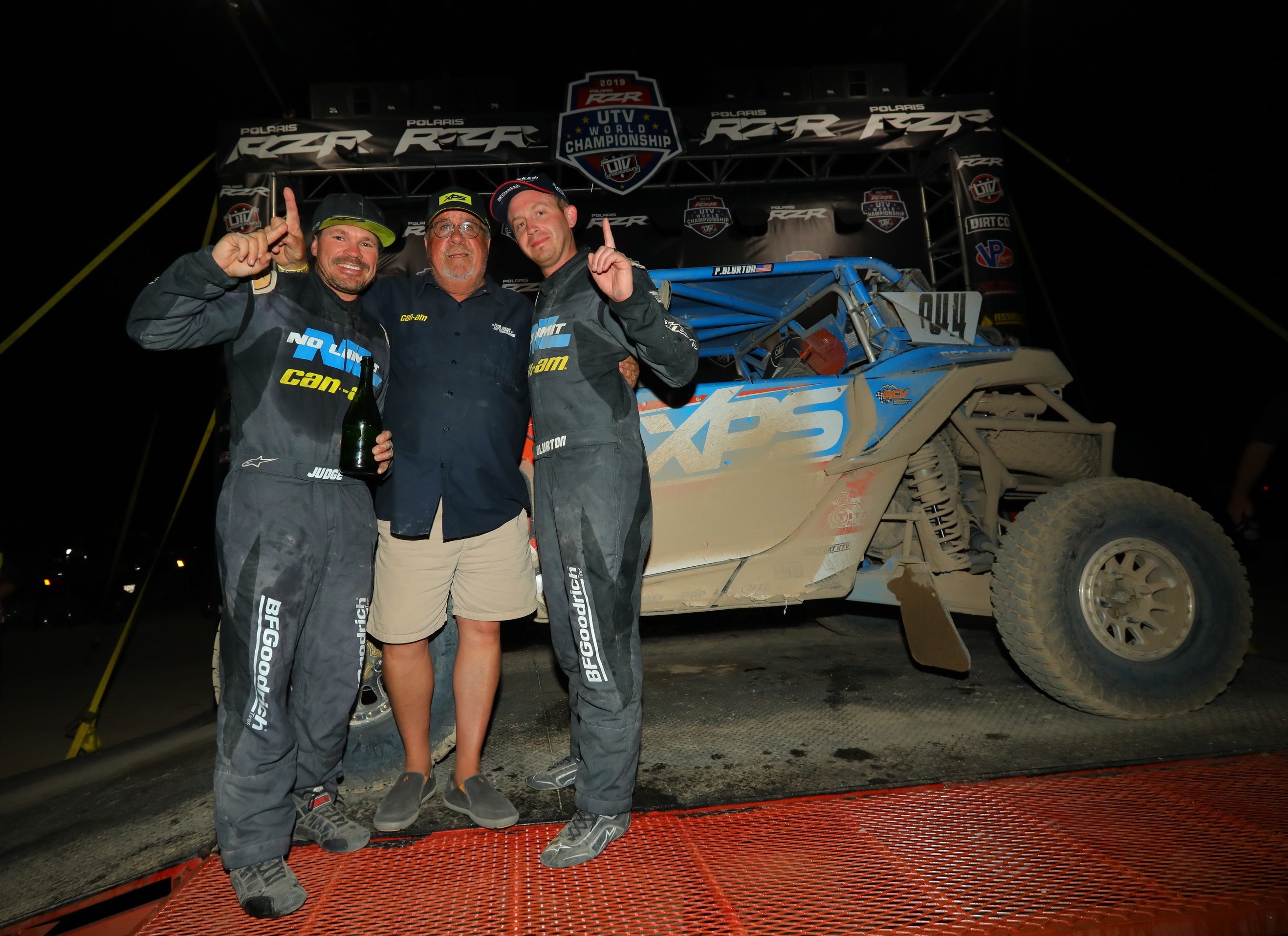