GBC Motorsports Drivers Tear it Up at Haydays Terracross 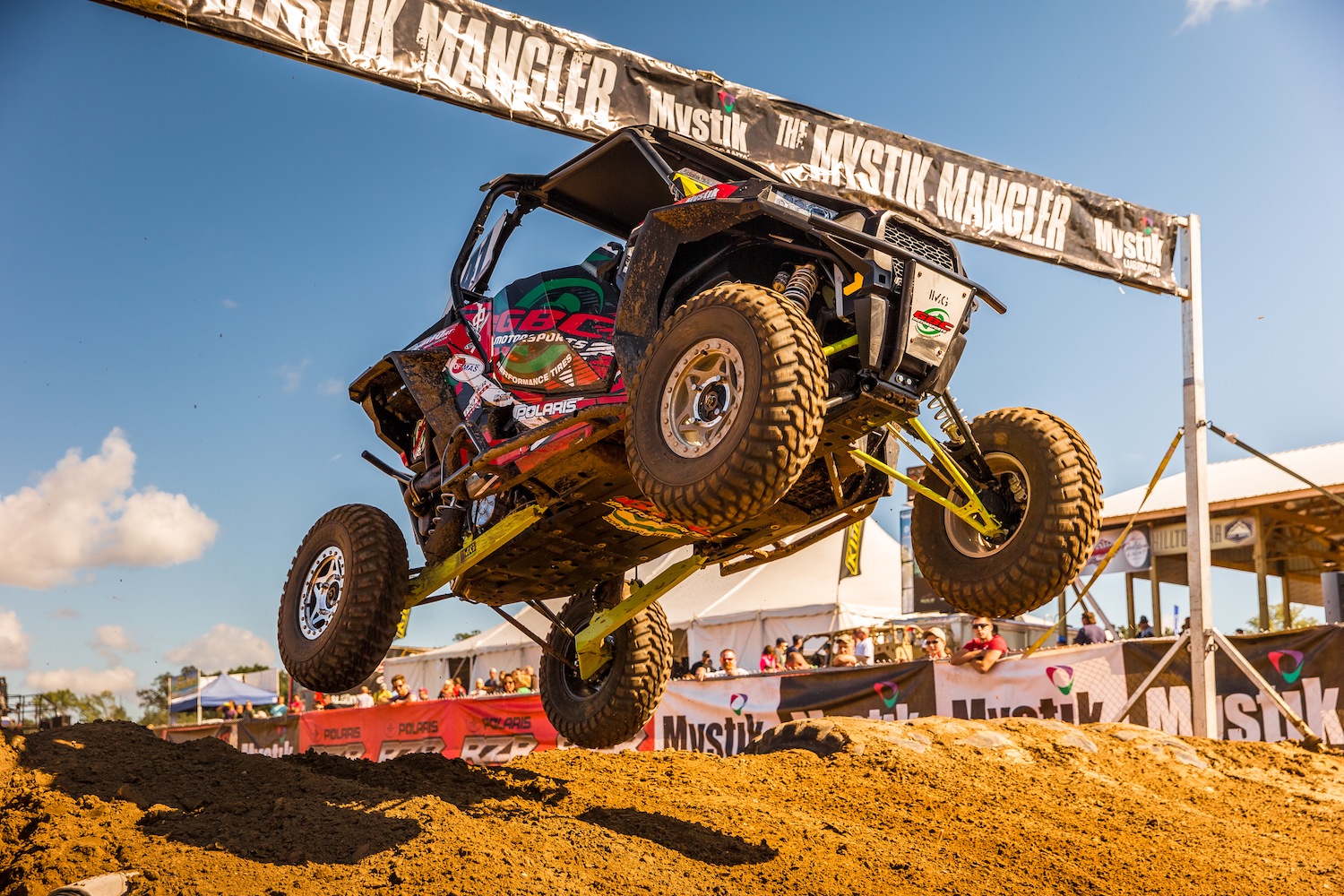 Anaheim, Calif. – September 23, 2015 – GBC Motorsports drivers were at it again September 12-13 as the 2015 Terracross Championship touched down at Haydays in North Branch, MN. 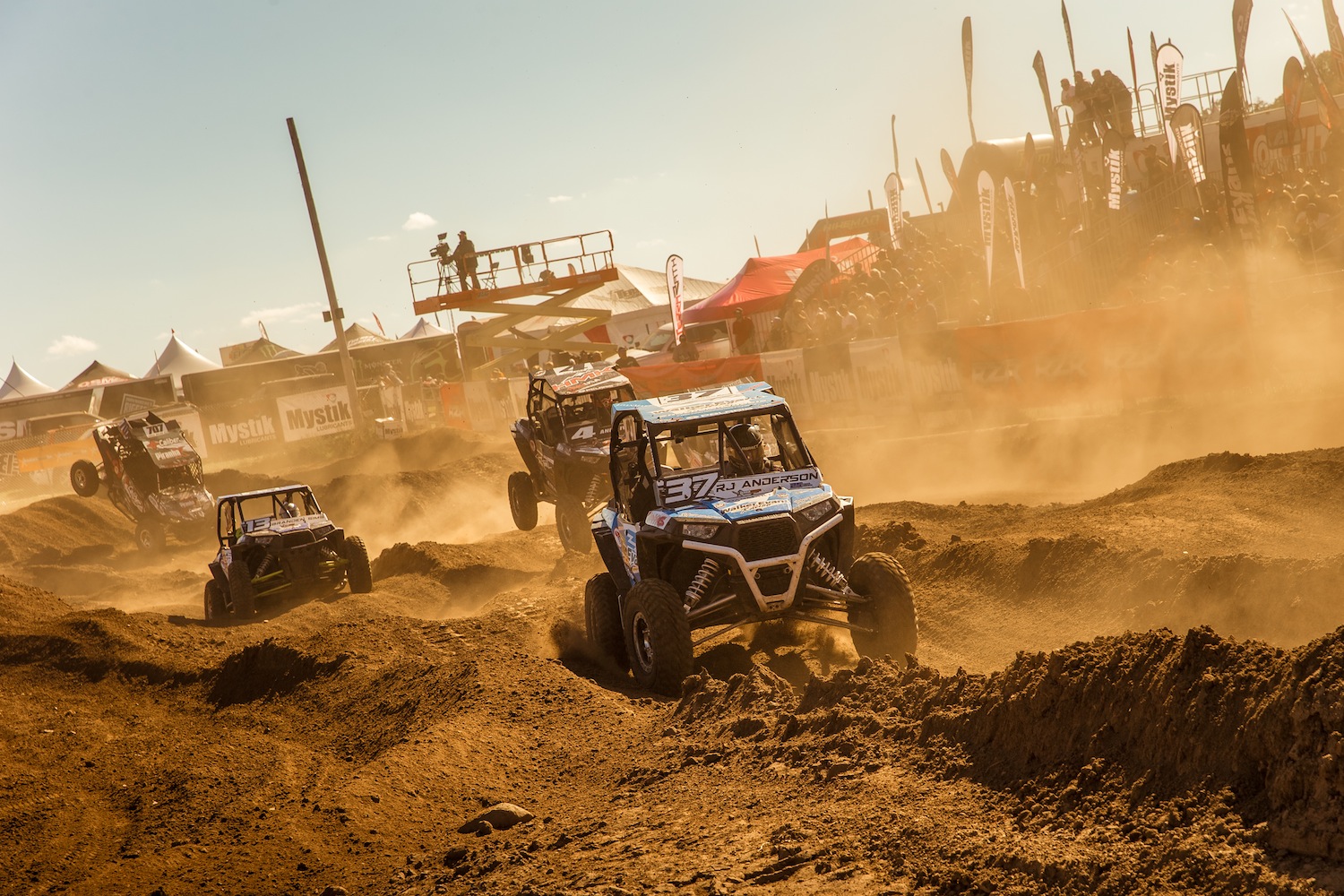 RJ Anderson dominated the Day 1 racing action. After laying down the best lap time on in his qualifying group, RJ Anderson went on to win his heat race. RJ took the victory in the 12-lap Finals, edging out Jason Luburgh by less than a second. GBC driver Mickey Thomas joined them on the podium with a third place finish. 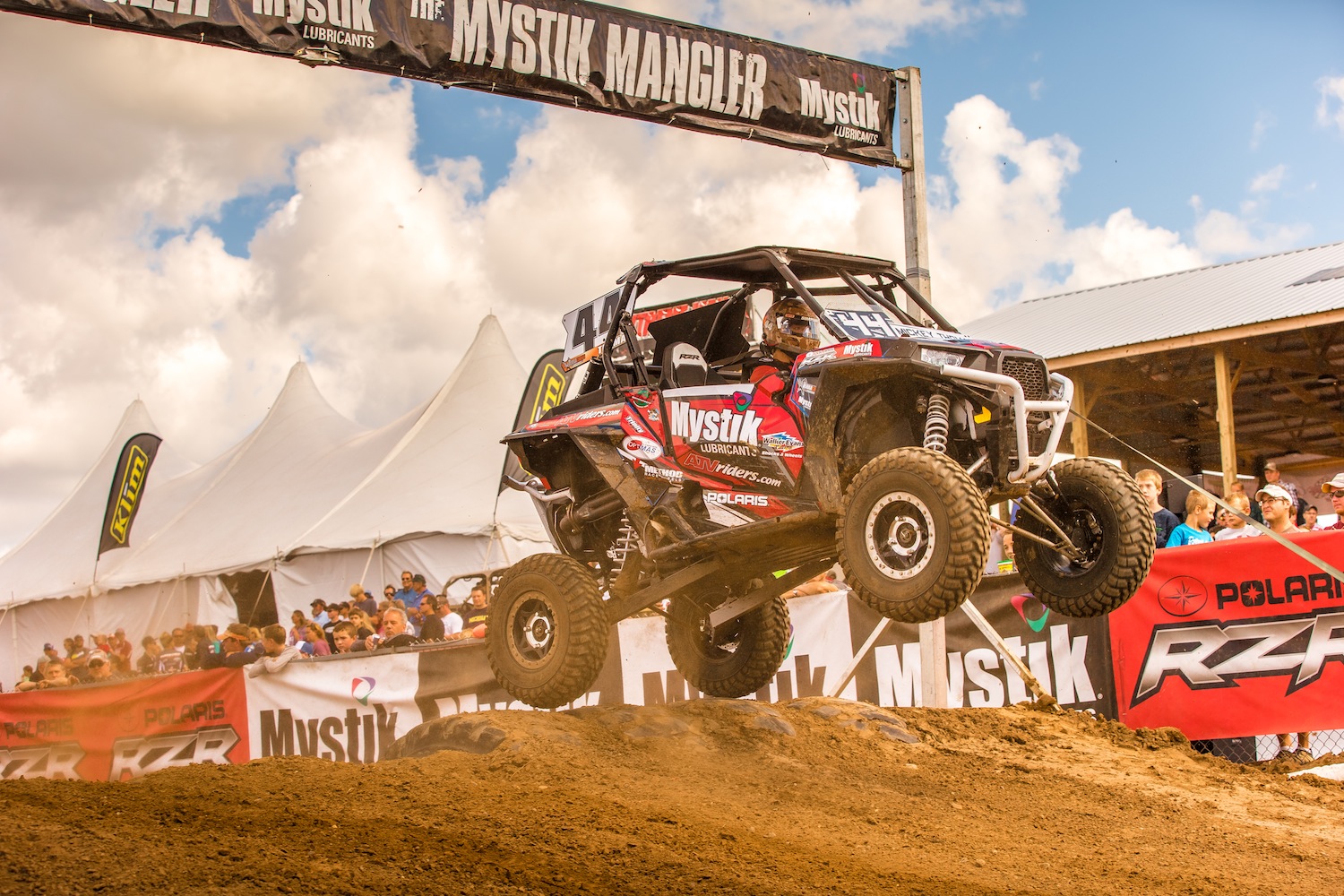 The tight, technical track and the sheer number of UTVs fighting for position almost always results in drivers being pushed off the course or tumbling end over end. Colten Moore was one such victim during the Day 2 races, rolling his UTV in the final after winning his heat race earlier in the day. 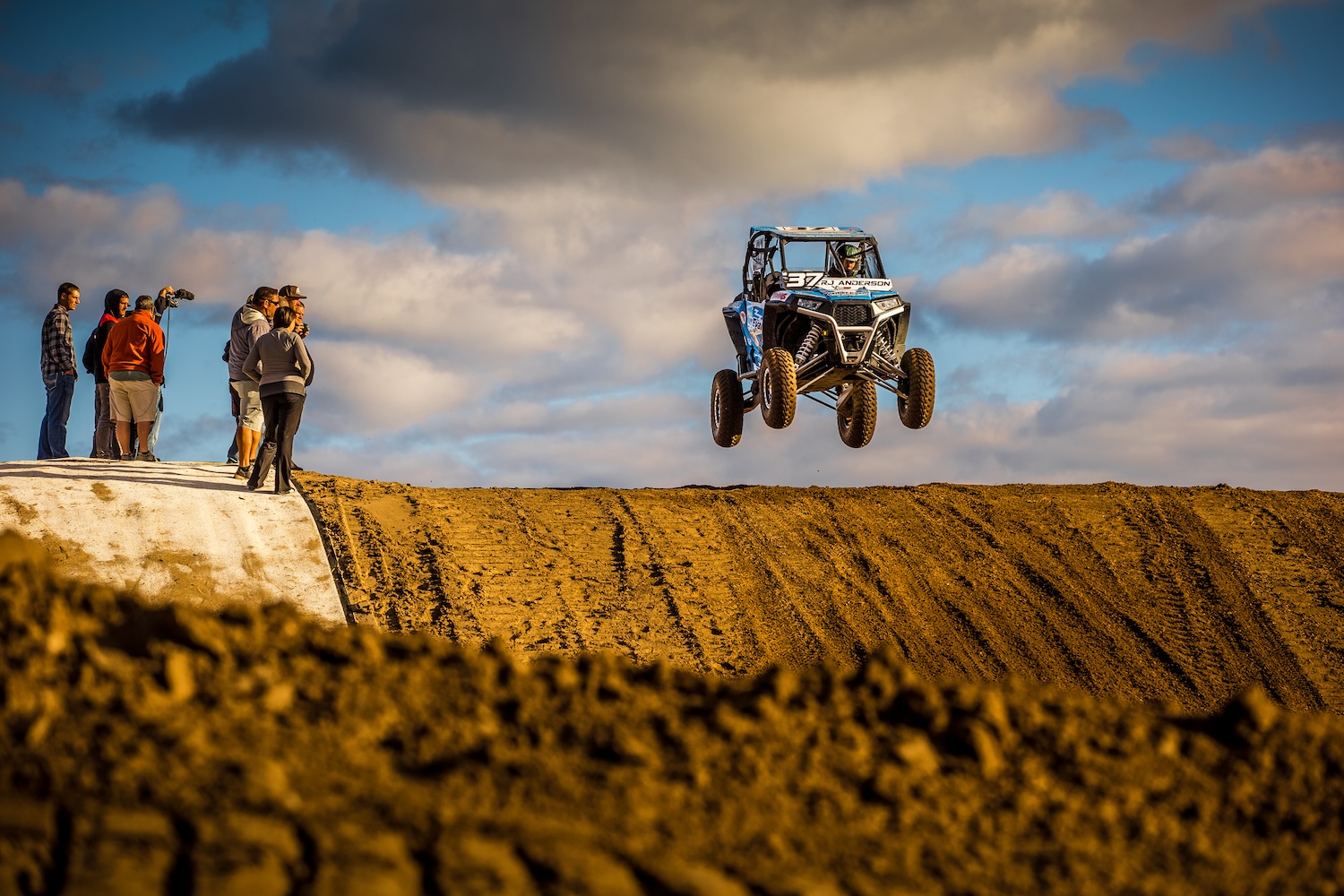 RJ Anderson went 1-3 on the weekend. (Photo by Joe Wiegele / No Style Productions)

After winning both of his heat races, Dana Creech finally pulled it all together and won the Day 2 Final. Jason Luburgh was the mark of consistency, taking another second place finish on Sunday. RJ Anderson rode the momentum of his Day 1 success, finishing third in the Day 2 Final. 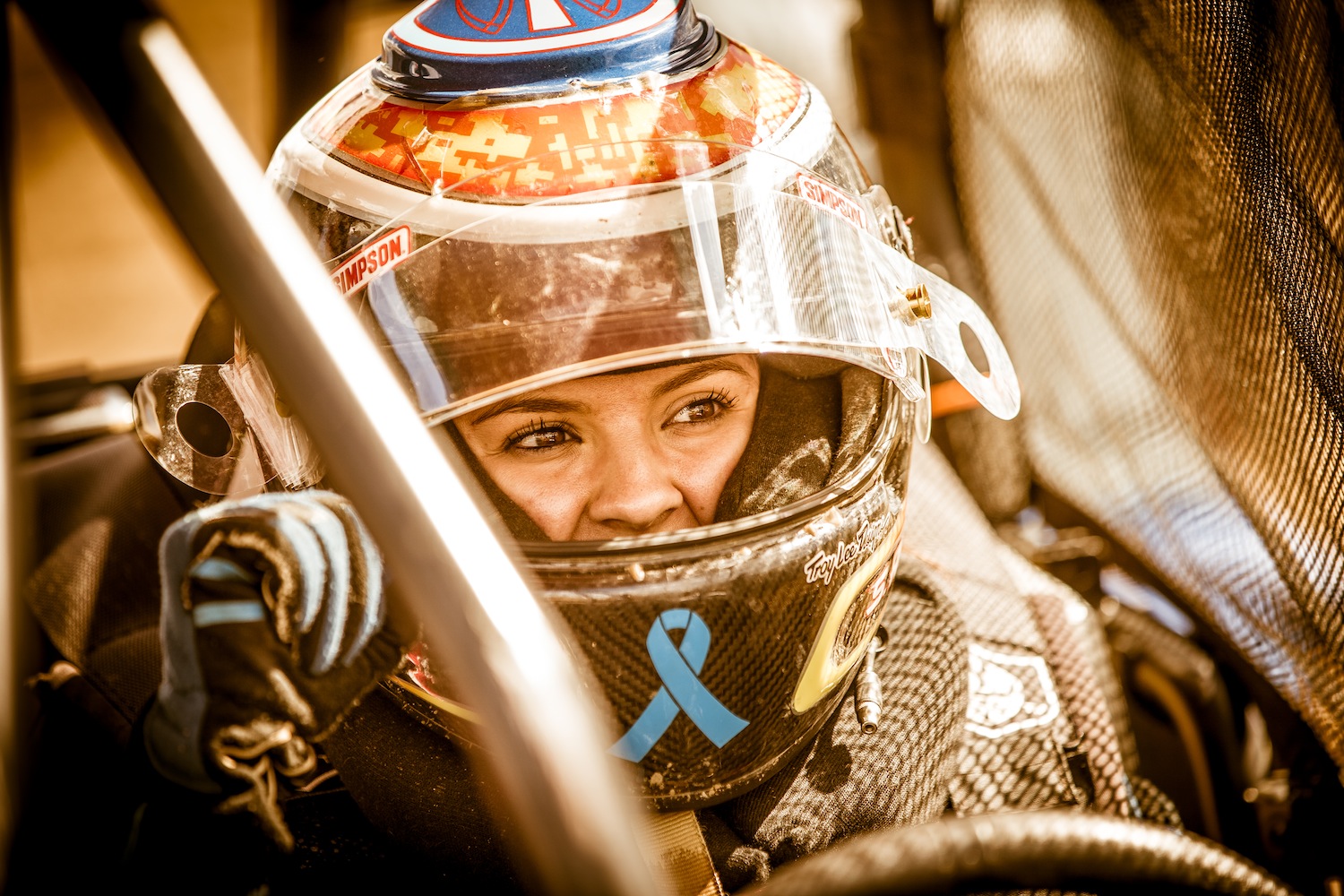 Representing GBC Motorsports in the Women’s races is Shelby Anderson. Shelby laid down the best lap in qualifying and won the heat race on the first day of action, but had to settle for second place in the Day 1 Final. Day 2 was more of the same as Anderson grabbed the second spot in the heat race and once again hopped on the podium with a third place in the Day 2 Final. 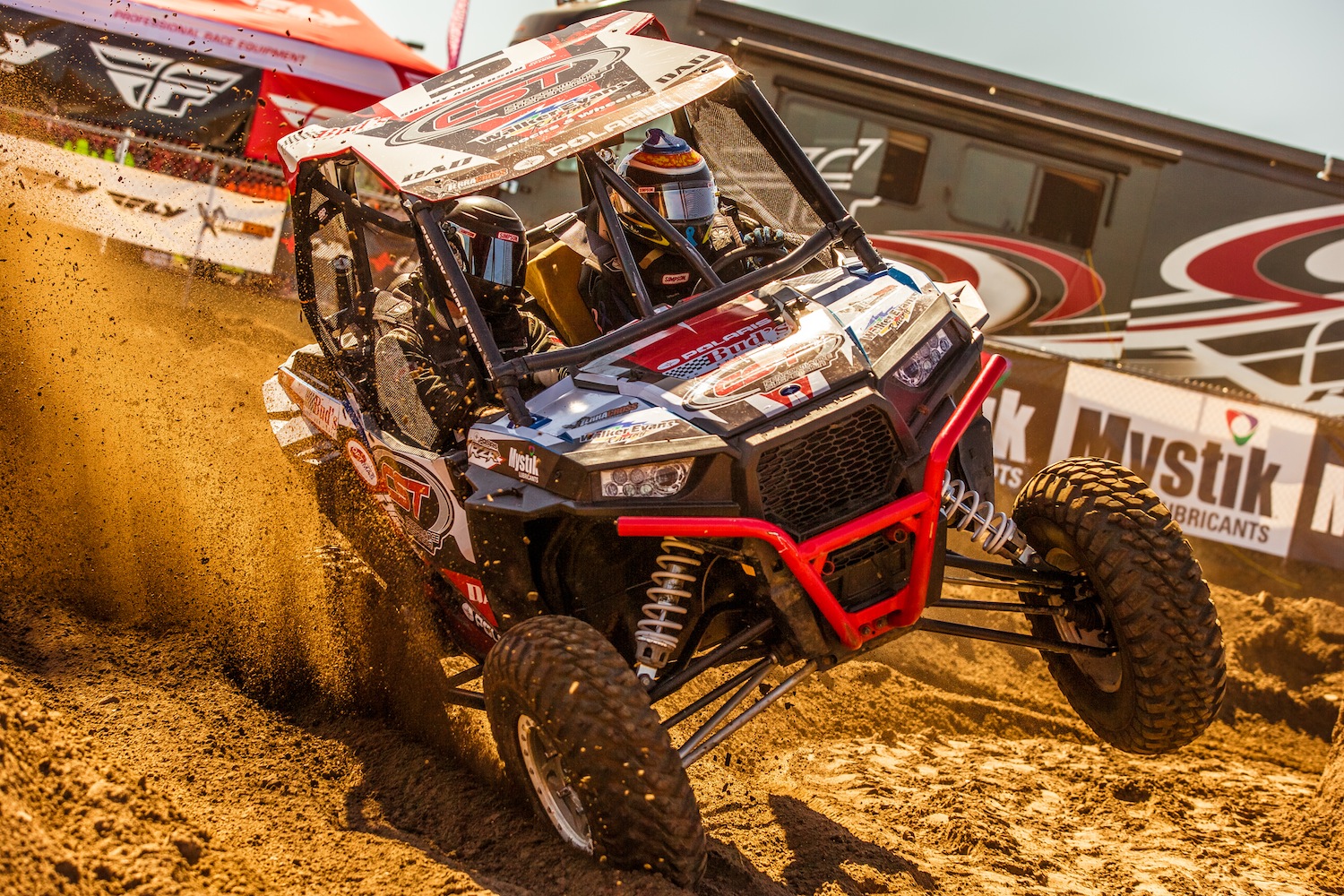 The 2015 Terracross Championship next heads to the Charlotte Motor Speedway on September 25-26. Learn more about the series at www.terracrossracing.com. Find out more about GBC Motorsports’ full line of ATV and UTV tires by visiting www.GBCMotorsports.com. Follow us on Facebook, Instagram and Twitter for the latest racing updates. 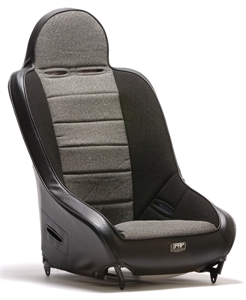 Race with PRP Seats at the 2012 King of the Hammers