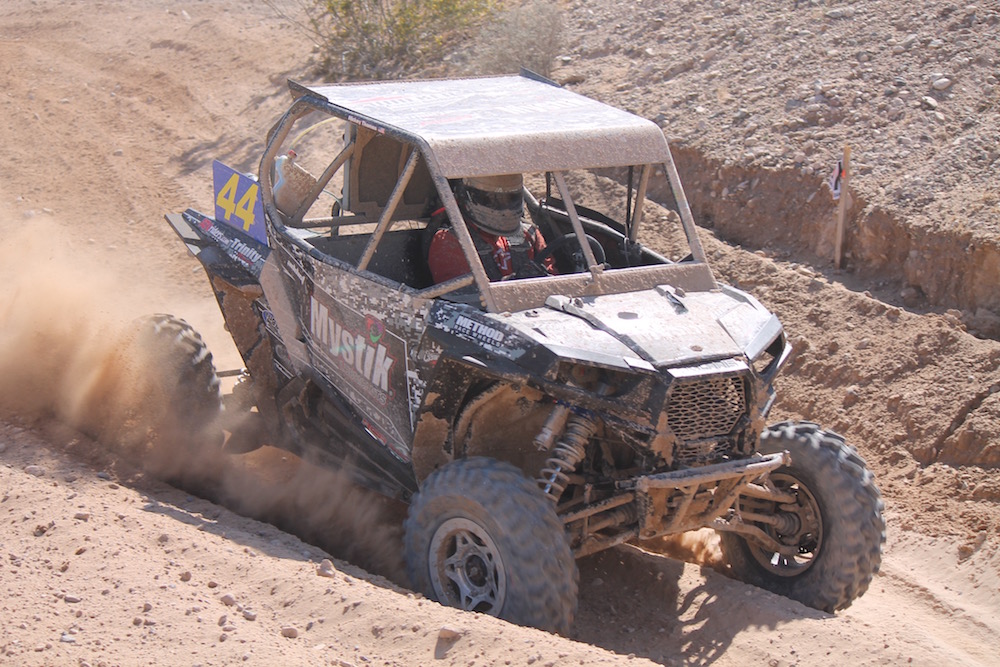 Anaheim, Calif. – December 23, 2016 – As 2016 comes to a close, GBC Motorsports reflects on the racing efforts of its sponsored athletes in various West Coast ATV and UTV racing series. From class champions in prominent series down to those just starting their careers, GBC Motorsports has been well represented throughout the 2016 season.

Sponsored racers earned a total of six class titles in the WORCS Racing Series, which took place across 10 rounds throughout California, Nevada, Arizona and Utah. Brian Sirevaag took top honors in the Open A class while competing to a 5th place season finish in the Pro-Am class. Jolene Crouse won the Women B class, while Joseph Semas finished 2nd in the Open A class.

The Romo family was a force to be reckoned with in 2016. Randy Romo took the SXS 1000 class title and finished 2nd in the SXS 1000 Stock class. His daughter Sierra Romo raced multiple classes as well and claimed the SXS Womens class championship.

The Dirt Series saw a few more class titles by GBC Motorsports racers, including Casey Sims in the UTV Open 170 and UTV Open 200 classes. Fellow GBC racer Jacob Peter finished in 2nd in the UTV 170 Open and an impressive 3rd place in the UTV Open 800 class as well. The Romo family made their presence known this year, winning several class titles in WORCS Racing and the Dirt Series.

The QuadX/UTV Series was shortened to just five rounds this season, but once again Casey Sims made the most of it by winning the UTV 170 class. GBC racer Sebastian Hernandez joined Casey at the top of the class with 2nd place in the season standings.

The leaderboard for the UTV Pro class was littered with GBC racers, who together claimed four of the top five spots. Nic Granlund again led the way by finishing 2nd, while Larry Heidler followed in 3rd place. Tommy Scranton and Darrell Patton rounded out the top 5.

Craig Bennett was at it again, this time finishing 2nd in the 450 Prod Expert class. Jolene Crouse put in a solid season to finish 2nd in the Women Novice class. Nic Granlund took the ATV/UTV West Coast MX Championship in the UTV Pro Prod 1000 class after finishing 2nd in both the Dirt Series and QuadX/UTV Series.

This year, two of Southern California’s biggest ATV and UTV race series joined forces to offer the ATV/UTV West Coast Motocross Championship. Racers in supported classes would earn points in both Dirt Series and QuadX/UTV Series events, going towards a class title in the overall championship. Next year the ATV/UTV West Coast Motocross Championship will add the Lake Elsinore Grand Prix and Winterfest to its list of qualified races.

Casey Sims added to his collection of awards for the season with the UTV 170 Open title. Nic Granlund finished 2nd in both series, but together his solid results were enough to earn him the UTV Pro Prod 1000 championship. Likewise, Tommy Scranton’s combined results lifted him to 2nd place in the same class. GBC Motorsports athletes waged all out war in the Mongrel-equipped Polaris RZRs in the Terracross Championship. GBC was one of the official tire partners of the series described as the roughest and toughest UTV racing around. The series was supposed to wrap up at Camp RZR in Glamis following thrilling events in Minnesota and North Carolina, but organizers were forced to cancel the final event due to permit issues. On the shortened season, GBC sponsored athletes Jason Luburgh earned the Pro Polaris RZR class title while fellow GBC racer Mickey Thomas was runner up.

The Off-Road Championship is billed as the “most competitive and entertaining short course off-road race” in the nation, and fans are treated to all of the nail biting battles in this Midwest based series. GBC Motorsports racer Treavis Poynter was the mark of consistency throughout the season, finishing each race in the top 5 and earning four podiums. Despite not winning a single race, Poynter managed to grab enough points to take the Pro Mod UTV class title in convincing fashion.

Jason Luburgh made a run at the title in 2016, finishing 1st in three of the first four races. Unfortunately, Luburgh was unable to finish the race during the final round and fell just shy in the points race. Luburgh finished 2nd in the Pro Stock UTV class. Fellow GBC racer Zach Szymik finished right behind him in 3rd place in the class. Szymik put together a consistent season, finding the podium three times. Learn more about GBC Motorsports tires for ATVs and UTVs at www.gbcmotorsports.com, and be on the lookout for more racing coverage in 2017 by following GBC Motorsports on Instagram, Facebook and Twitter.